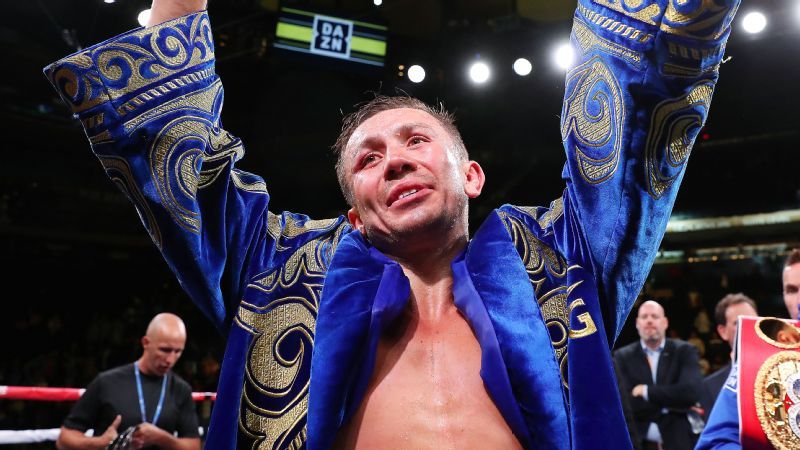 NEW YORK – Kazakh Gennadiy Golovkin reconquered the middle scepter of the International Boxing Federation after defeating by unanimous decision, and in a hard battle, the Ukrainian Sergiy Derevyanchenko in the legendary Madison Square Garden.

Golovkin sent Derevyanchenko to the canvas in the initial assault and in the second, caused him tremendous cut in the right eyelid, but he could not finish it and the Ukrainian, who many believed would be knocked out, eventually gave himself body and soul, backed down to the Kazakh and finished the 12 episodes with a beating drum.

The Kazakh started solid and hurt Derevyanchenko with severe combinations, even taking him to the canvas, although he could not finish it when he tried to go for the chloroform. After tipping him a left, he cut the Ukrainian and that put more drama to the matter in the ensogado, but, beyond shrinking, Derevyachenko sought to earn the respect of the Kazakh and achieved it, because he got into the give and take by backing GGG in some moments of the duel, when putting severe combinations to the face of Golovkin.

The Kazakh looked somewhat tired at some times, which took advantage of the Ukrainian, who managed to hurt Golovkin hard by causing lacerations to his face, although he could not finish it, while in the corner they tried to take care of the wound but not able and with the New Yok Commission doctors vigilant.

In the end, the judges decreed the triumph of Golovkin with scores of 114-113 and 115-112 twice so that the Kazakh would thus organize the scepter of the FIB and thus move towards a possible third battle with Saúl “Canelo” Álvarez, although, who went up to look for him in the ring was the American Demetrius Andrade, also a monarch of the division.