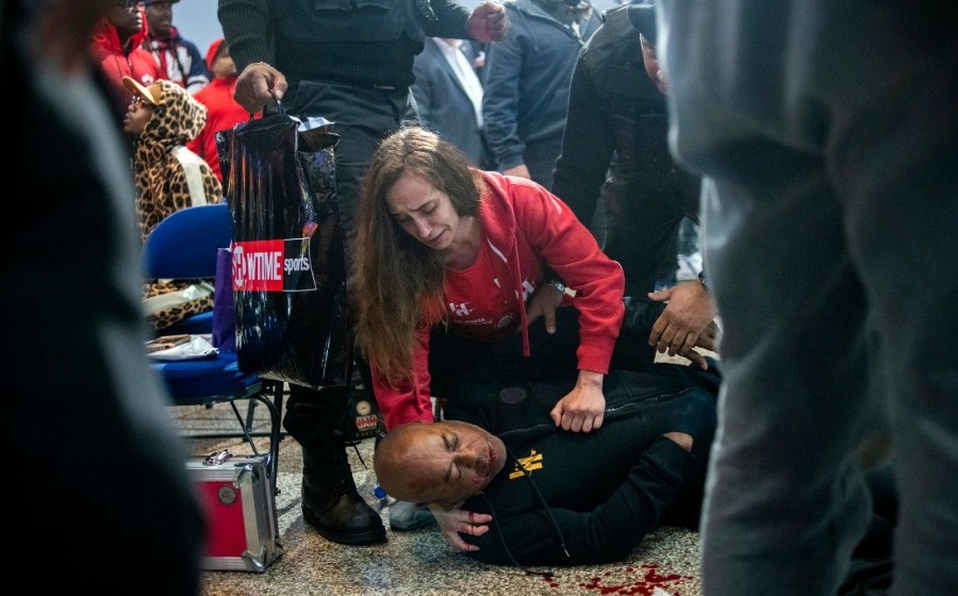 Coach James Bashir Ali was beaten and was unconscious for about 20 minutes prior to the weighing ceremony of boxers Ivana Habazin and Claressa Shields, so the fight for WBO / WBC junior women's middleweight titles had to be canceled .

During the weighing ceremony Bashir Ali had a verbal dispute with one of the members of the Shields team during the weighing, which led her to intervene and ask them to leave the stage, although neither of them calmed down and continued with their Front row discussion.

Suddenly, an anonymous man – Shields insisted that he was not part of his work team – got involved and hit Bashir Ali and the doctors rushed to take care of the victim, who was laid after also hitting the floor. The suspect fled after the coup.

Bashir Ali, who worked in the legendary Kronk gymnasium and with the Ukrainian monarch Wladimir Klitschkofue, transferred to the McLaren Medical Center where he was treated.