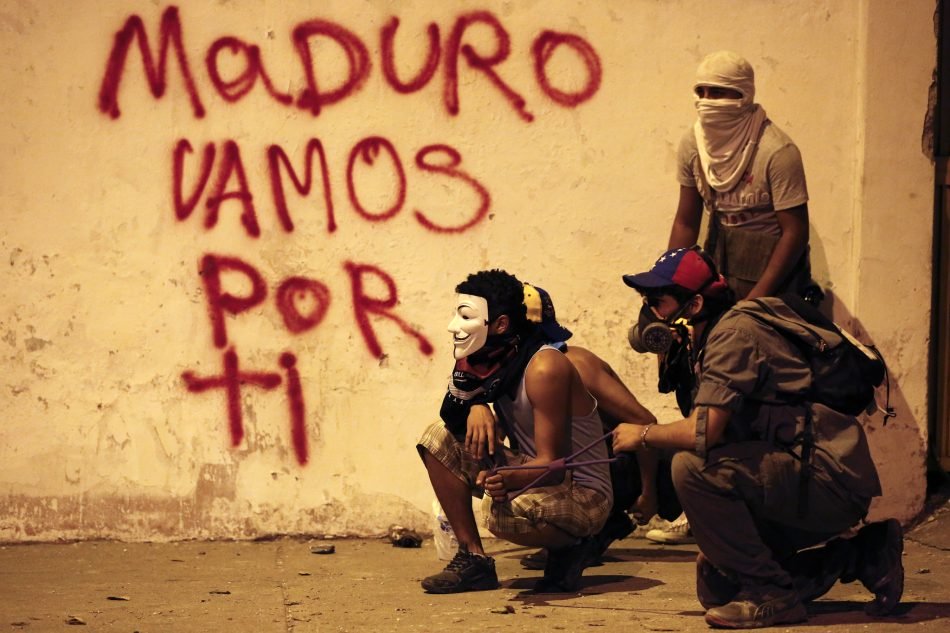 There are too many moments of frustration that Venezuelans have been accumulating during 21 years of Chavismo in power. It is not crazy to ask, is it impossible to evict them? Let's think a little about this. The arrival of Chavismo in Miraflores could be avoided by the "elites" of the moment that had the power and the means to do so. With the return of Chavez in 2002 that reaffirms this reality, what happened in 2013 and with everything we have experienced this year of MUD, even the most innocent should not have the slightest doubt: there is an evident collaboration between those who are made Call opposition and the regime that oppresses us.

This reality cannot be assumed with demoralization because if we want to overcome this challenge we have to assume it with adulthood and seriousness. Recall those other societies that suffered the oppression of totalitarian regimes: they also had a false opposition and overcame them. It is we Venezuelans who have to prevail against the consequences of collaborationism.

The act of collaborating in the historical sense of "collaborationist" (which I do not exaggerate in saying that it is a very cruel one) has to do with promoting a false view of reality from political discourse. This falsified reality has the objective of making the citizen believe that criminals, immoral and indecent, are seen as innocent victims of the oppressive regime. Consequently, everything that becomes of it becomes an act that benefits the criminal regime and not the citizen respectful of the Law and customs. But what motivates collaborators to do this? The immeasurable gain that this generates periodically in economic, communicational and electoral terms.

Recall Timoteo Zambrano, the main interlocutor of the dialogues since 2002 and who today seems to have fought with Guaidó but are doing together the "new CNE". Edgar Zambrano, the adeco "political express", promoter of the dialogue with Timothy and responsible for how much commission occurs to the interim to "investigate corrupt." Luis Florido de VP, who left a lie of his party, as Caldera de PJ. Pay attention to Henri Falcón who, according to him, we live in a political normality to the point of sharing with Ramos Allup the "Constitutional, Peaceful and Democratic Exit." Let us not forget the saints Luisa Ortega, Rodriguez Torres and Hugo Carvajal, moral champions of the MUD who fly the flags of democratic Chavez; neither to the band of deputies, in “exile” or in Venezuela, under corruption plots. You reader, fatten the list.

Do we not live in a transnational organized crime regime? Have not enough events happened – or not yet – to stop insisting on false dialogues, fraudulent elections or impunity? Have you not wondered why you are tired of seeing this behavior in Venezuelan politics? Think about these answers because this helps you return to reality, which has always been there.
There is a characteristic of the revolutionary mentality that Chavism shares today with the MUD: everyone who is included in the collaborationist agenda has the illicit desincorporation. The result is the investment of being decent or indecent. That is why the MUDeros appeal to the reconciliation with Chavistas that we still remember their heartless crimes, but they call their victims traitors, members of the G2 or call them conspirators of doubtful reputation, responsible for the failure of "the cause." This psychological defense mechanism is like a guarantee that the MUD-PSUV uses before public opinion in the event that a “naive”, knowing the risks he assumes, ends up tired of the cochinada and his departure does not represent a very expensive damage . Despite this, the "candid" do not come out as unharmed from such an unproductive adventure, you just have to see what happened to Mr. Calderón Berti at the age he is. Unnecessary consequences for him and his family.

In addition to politicians and their "intellectuals," the agents who play an important role in falsifying reality are the means that confine the population to keep it doped. Militant journalists and their media become the storytellers and judges of the moment. These applaud standing up any undue act of internship. It's not that they hide it, it's not that they try to parapet it, it's that they defend it. They do it as an act of "social maturity" while the facts show that crime remains unpunished, not only on the side of the reds, but also on those who have – supposedly – the moral to represent us.

So how can citizens face the political actions of collaborators? The first thing is to stop following all those who collaborate with the regime, as it is in following them on the street or in the networks, their main source of legitimacy and power. Then, exercise the freedom of expression by all means we have within reach and we also have to support the work that the free press does, since this way the false reality does not end up being embedded in people's conscience and therefore the cost Collaboration politician is growing.

The consequences of collaborationism can still be reversed, especially if we do not want to lose the support of more than 50 countries in the fight against criminal Chavism. Freedom or nothing

General Coordinator of Rumbo Libertad. Politician and student of politology.

When we started the PanAm Post to try to bring the truth about Latin America to the rest of the world, we knew it would be a great challenge. But we were rewarded for the incredible amount of support and comments from readers that made us grow and improve.

Be part of the mission to spread the truth! Help us fight attempts to silence dissenting voices and contribute today.

Contribute to the PanAm Post today with your donation