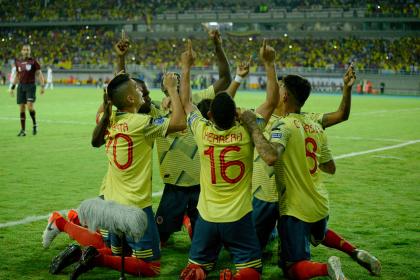 This Thursday the Colombia U23 National Team got its ticket to the final home run, after a goalless draw and without many emotions at the Hernán Ramírez Villegas Stadium in Pereira.

In the first half the Colombian National Team started furiously, looking for the result with rapid transitions from defense to attack showing a very direct game, the Arturo Reyes team was not interested in holding the ball more than necessary. The first arrival occurred at minute five, when Jorge Carrascal finished off hard and the Chilean goalkeeper could barely clear the ball.

The left wing was the protagonist with the constant arrival of the side Edwin Herrera, who found support in Nicolás Benedetti and Jorge Carrascal, who were very active and very free on the field of play.

However, the Chilean team took control of the game over the 30th minute, when it decided to pressure the Colombian defense, which never knew how to get out of the pressure and allowed the southern team to generate several scoring opportunities.

At the end of the first part Colombia was faded, subdued by the intensity of play of the Chilean team, which also failed to take advantage to score.

For the second half, the game became slow thanks to the excessive shyness of both teams. Colombia decided to bet on the draw, because even players like Carrascal and Benedetti went from midfield down to defend the goal.

The game ended with the visitors throwing balls to find an ephemeral goal opportunity, while the coffee makers waited attentively to get out of counterattack. The austral team made Colombians suffer several times, but in the end the game ended goalless for the joy of those led by Arturo Reyes.

Colombia managed to qualify as second in Group A, with seven points behind Argentina. Now, Arturo Reyes’ team concentrates on the final home run to define the two places for the Tokyo 2020 Olympics.