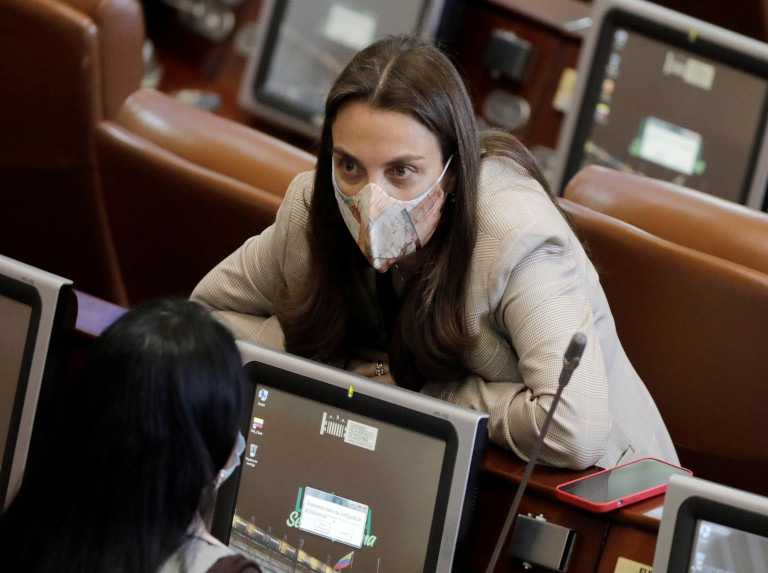 BOGOTÁ (AP) – Colombia’s Minister of Information and Communication Technologies, Karen Abudinen, resigned from her post on Thursday after allegations of alleged corruption in hiring internet coverage for 7,000 schools in rural areas.

“I proceeded with honesty and transparency. Those who today are satisfied by launching humiliations against me, one day, when the truth is imposed in all its splendor, they will recognize their error ”, reads the resignation letter that Abudinen made public.

The official resigned from the post just before a political trial in Congress where the government had lost the majority for this case and had the possibility of being separated from her post after 16 months of holding it.

Days before, President Iván Duque defended Minister Abudinen to the press, assuring that she was an “honorable” woman who had “zero tolerance for corruption.” This is the second time during the Duque government that a minister has left office before submitting to a vote of no confidence. The first was Guillermo Botero, questioned in the Defense portfolio for the bombardment of a guerrilla camp in which there were minors.

Abudinen is under disciplinary investigation by the Attorney General’s Office, in charge of monitoring public officials. As indicated on Monday by the Attorney General’s Office in a statement, they ordered the taking of tests to determine their responsibility for the alleged irregularities in the “pre-contractual stage of the public tender called digital centers, as well as in the signing and execution of the contract signed with the Temporary Union Populated Centers of Colombia ”.

The investigation is advancing against the Unión Temporal Poblados de Colombia, which received an advance of approximately 19 million dollars for the execution of the contract despite the fact that it presented false bank guarantees supposedly issued by Banco Itaú.

“These are false documents whose content, form, numbering and signatures do not correspond to those used by Itaú for these processes,” Itaú explained in a statement on August 27.

Following the complaints, Abudinen announced the expiration of the contract and reported the Temporary Union to the Prosecutor’s Office. In addition, he promised that the almost 19 million dollars that the Ministry gave as an advance would be recovered, as well as another nine million additional dollars that correspond to the pecuniary penal clause that was foreseen in the contract.