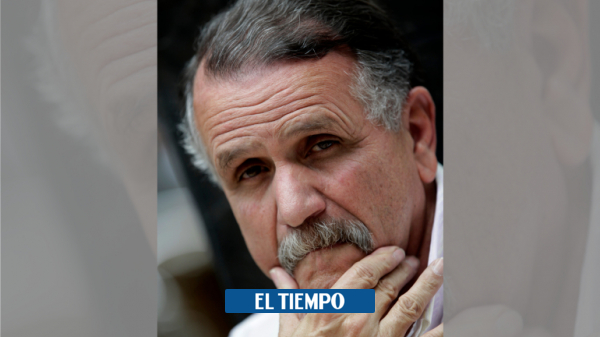 The humorist Álvaro Lemmon, known in the Colombian entertainment world as 'The Cayman Man', said goodbye to Happy Saturdays, the iconic program in which he participated for more than 40 years.

Now, Lemmon posted a curious message on his Twitter account in which he 'looks for work' and highlights his various qualities for television.

Lemmon's departure became official when he himself published the striking Twitter message as a 'classified ad':

"I am looking for a job in another channel … I am a serious comic actor (I have made several novels) I am librettist composer musician multi-faceted artist can communicate to my WhatsApp 3143897146 thank you thank you thank you blessings," he wrote.

According to the 'Red +' media, Lemmon reached the age limit for his pension and did not 'renew his contract' on Happy Saturdays. On May 9 he turned 73.

'They've killed me about five times'

Along with the publication a video has been viralized in which Lemmon clarifies alleged rumors of his death in the absence of apparitions on Happy Saturdays. "I have been killed five times by WhatsApp," he says before clarifying that he left the program and goes "to another programmer."

"I still don't know where, but I'm looking," he concluded.

After this he pronounced his classic "Chacarachacara". "I'm alive, I'm alive!" He reiterated with emotion.

'They want me to go without money'

Lemmon granted an interview with 'La W' in which he explained the real reasons for his departure from Happy Saturdays: "They called me to finish that pod, but the problem is that they want me to leave without money. I'm pensioned, but they told me that was still without payroll. ”

In addition, he assured that he had an indefinite contract with the program, but that he does not want to go to legal terms because many comedians have reached this instance and have delayed a lot.

I am looking for employment in another channel (…) I am a serious comic actor (I have made several novels) I am librettists composer musician multi-faceted artist: 'The Cayman Man'

'The Cayman man' is the second television personality who, in recent times, asks for work using social networks. The first case was that of Kepa Amuchastegui, an actor who, among other qualities, highlighted his "services as a translator" in his job application publication.