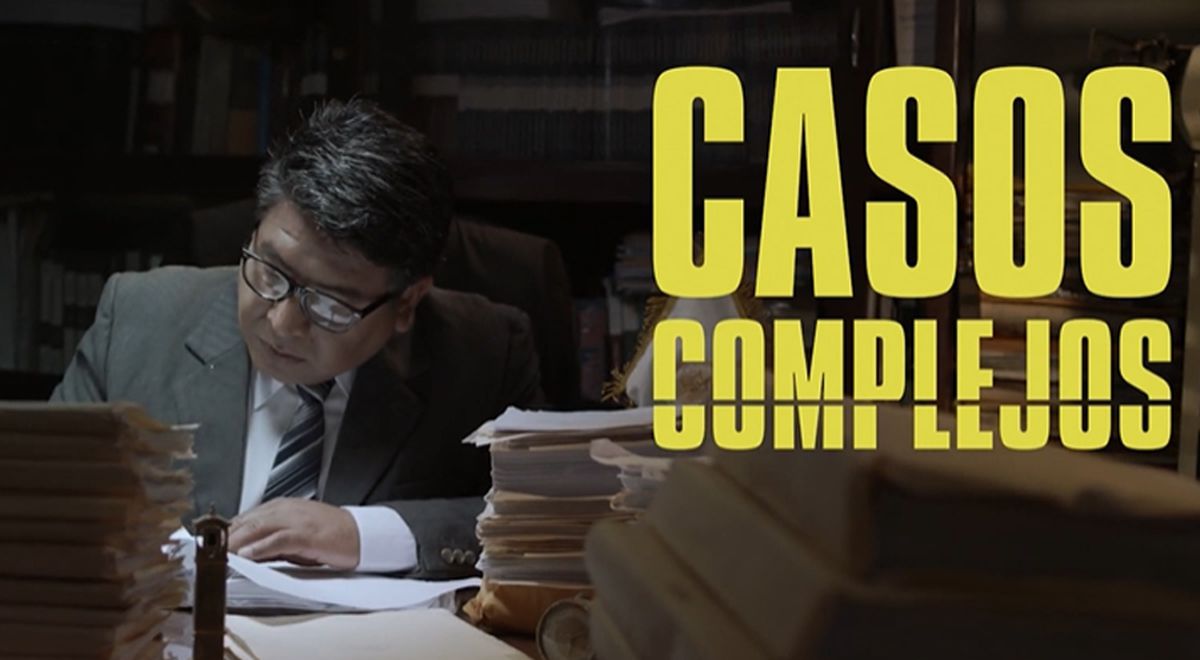 Complex Cases, the police thriller directed by Omar Forero, launches its trailer with scenes that connect with the reality of the country in the face of corruption and organized crime.

With the presentation of the figure of the prosecutor, it seeks to generate a reflection on the fundamental role it plays in the fight against corruption.

YOU CAN SEE Terminator: Dark Fate: know all about the production of the film (VIDEO)

The film that premieres on November 14 at the national level, is based on real events, since it is set in the north of the country where a courageous prosecutor must face the criminal gangs that have the city in suspense.

Amid a justice caught in the networks of corruption and power, the prosecutor risks taking cases that seem impossible to resolve. His only strength: the hope of making changes in society. Its objective: to fulfill its duty. Can he face crime and corruption prevailing in the circles of power?

Oscar Alarcón, in the role of this brave prosecutor, unleashes the thread of a skein of corruption behind a murder. From the beginning, he finds obstacles in his investigation, but the prosecutor is still willing to find the band, although it costs him his life. Risks, false leads, threats are part of your daily life.

With this new movie, Omar Forero seeks to reach the audience. “I think it is important for Peruvian cinema to approach its audience but without falling into the easy-to-use formulas of commercial films that, for sale, falsify situations or accommodate them at their commercial convenience. It is a challenge for me to strike a balance between the arrival to the mass public and the presentation of this controversial issue in the most reliable and honest way ”.

Listen to us in our Vertigo podcast, in this episode we analyze the Terminator saga

Complex Cases won the Production Award of the Fiction Contest for Regions and the First Cinema of Tomorrow Award, both awarded by the Ministry of Culture, and the Best Film Award of the University of Lima Film Festival.

He participated in the Market Screening of the Guadalajara Film Festival and in the Official Section of the International Film Festival of Buenos Aires BACIFI, Argentina.

With three feature films to his credit, The Actors (2006); The computer (2012) and Chicama (2012), Omar Forero is one of the best exponents of Peruvian cinema. Complex Cases was filmed in La Libertad with natural actors and technical team mostly from the north. The film was produced by Cine de Barrio and is distributed by V&R Films.