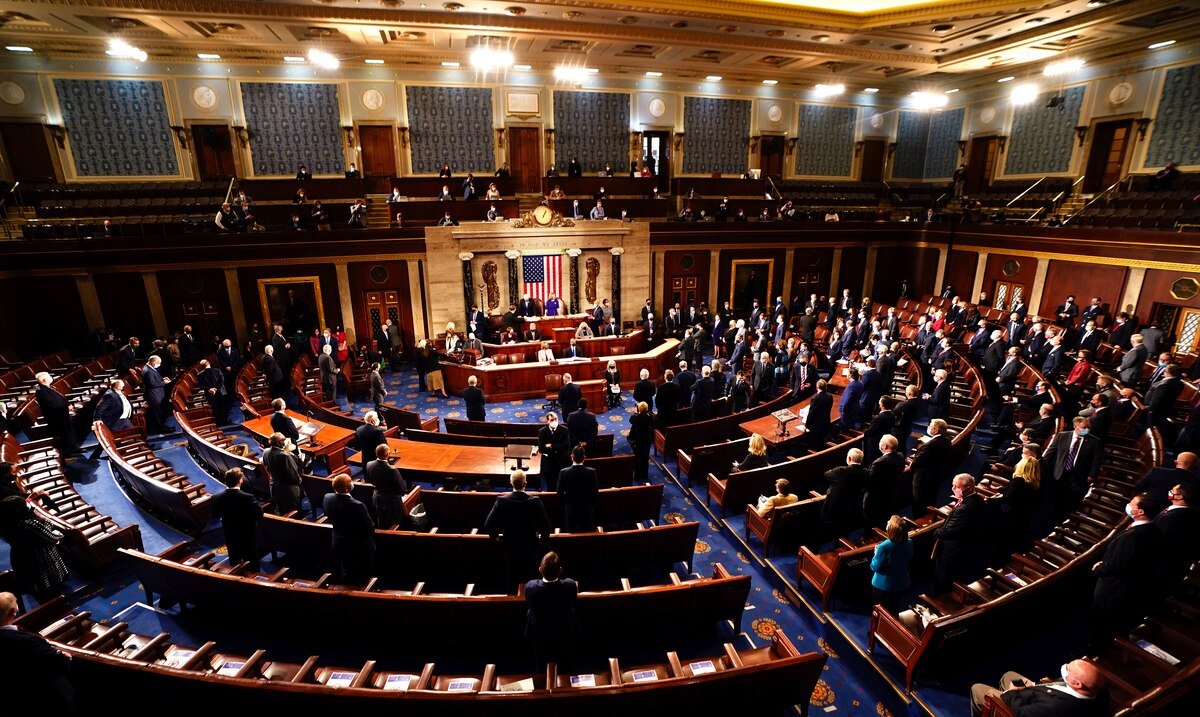 Washington – After the revolt developed in the Capitol by supporters of Donald Trump and rejecting Republican challenges, Congress confirmed this morning the victory of the president-elect, Joe Biden, in the elections of November 3.

Despite several Republican challenges, the joint session of Congress ended the last process of the US elections, the official counting of the 538 electoral college votes, of which the tandem of Biden and the elected vice president, Kamala Harris, obtained 306.

Trump, who fueled the demonstrations on Wednesday that caused an insurrection inside the House of Laws, and Vice President Michael Pence, who was in charge of presiding over the joint session, received the 232 granted by the members of the electoral college on the past 14 of December.

A group of Republican senators and congressmen managed to force votes to try to nullify the votes of Pennsylvania (16) and Arizona (11) in the US electoral college. But, as expected, both proposals were largely defeated.

A majority of House Republicans voted to cancel the votes in Pennsylvania and Arizona.

Due to lack of support from a senator – after the riots carried out by mobs of Trump supporters occurred – Republican congressmen failed to advance petitions to challenge the results of the presidential elections in other states: Georgia (16), Michigan (16 ), Wisconsin (10) and Nevada (6).

In the Senate, calls to nullify the votes in Pennsylvania and Arizona, led by Republicans Josh Hawley (Missouri) and Ted Cruz (Texas), were defeated 92-7 and 93-6, respectively.

In the lower house, another clear majority (303-121) opposed annulling Arizona’s votes. All votes in favor of sidelining the votes of Arizona voters were Republicans, who represented a majority of that caucus and included its two top leaders, Kevin McCarthy (California) and Steve Scalise (Louisiana).

All 220 Democrats present voted against it, as did 83 Republicans.

The Lower House also voted (282-138) against discarding the Pennsylvania votes. Again, all the votes against were Republican.

During the debate, tempers were heated after the Democrat Connor Lamb (Pennsylvania) accused the Republicans of repeating in the hemicycle the lies of President Trump that generated the act of insurrection on Wednesday.

According to a Miami Herald reporter, Democrat Al Lawson (Florida) and Republican Andy Harris (Maryland) came close to having a physical confrontation.

The leader of the Republican Senate majority, Mitch McConnell (Kentucky), closed the work of that chamber, which anticipated that any other impeachment attempt would not be sponsored by a senator, so it would not advance.

Following the lower house vote on Pennsylvania voters, legislators resumed joint session to, as required by the Constitution, count the 538 electoral college votes.

President-elect Biden got 306 of the 538 votes, but Republican lawmakers, fueled by Trump, have tried to reverse the will of voters in states that decided the election in favor of Biden.

Vice President Michael Pence, as president of the Senate, had to resume the work of the session of Congress, after what President-elect Biden described as “an unprecedented attack” on democracy that “borders on sedition” and insurrection.

Four people, including a woman who was shot by police, lost their lives during the riot, which took place after President Trump urged participants of a demonstration in Washington to take the protest to the Capitol.

“We condemn the violence that occurred in the harshest terms,” ​​Pence said.

Given the irruption in the Capitol of mobs of supporters of President Trump, the sessions of the Senate and the Lower House were suspended when the initial challenge of senators and Republican congressmen to count the votes of Arizona in the electoral college, in claiming an audit and welcoming unfounded allegations from the White House tenant that there was massive fraud in the November 3 election.

The leader of the Democratic minority, Charles Schumer (New York), maintained that the events of Wednesday were not spontaneous, but were incited by President Trump, who has promoted without evidence that there was a massive fraud in the presidential elections of 3 of November.

Schumer also urged the authorities to press charges against the mobs that illegally stormed the Capitol, caused damage and disrupted the constitutional work of Congress. A woman died in the incidents.

“I want to be very clear. Those who carried out reprehensible acts cannot be called protesters. They were insurrectionists, violent extremists who tried to take over the Capitol building and our democracy, ”said Schumer.

After the Democrats win the second two rounds for the Georgia seats, Schumer will be, in a few days, the next Senate Majority Leader.

“They tried to disrupt our democracy. They failed. The failed insurrection only highlights the crucial task before us, ”McConnell said.

Pelosi, for her part, affirmed that on Wednesday there was “a shameful assault against our democracy”, but affirmed that it was important to get back to work “and our responsibility to validate the victory of Joe Biden.”

The chamber speaker said she consulted with the Pentagon, the Justice Department and Vice President Pence before deciding to resume the work, which should end up validating the results through which President-elect Biden obtained 306 of the 538 electoral college votes.

The president of the Lower House expressed her “great sadness” over what happened and said that the session of Congress “will be part of history, due to the shameful image of the country that has been shown to the world, instigated at the highest level.” in reference to Trump.

Democratic Senator Robert Menéndez (New Jersey), for his part, stated that “no one can pretend that how we got to this dark moment is a great mystery” or question “how it is possible that domestic terrorists manage to take over Congress and tarnish the Capitol ”. “This was not an act of patriotism, but an act of sedition,” he noted.

At a rally in the morning, Trump had urged his allies to interfere in that process, his Vice President Pence to arrogate a power that the Constitution does not give him and his supporters to come and speak to the Capitol.

The president’s supporters then made their way to the Capitol and broke into the building, until authorities managed to evict them more than three hours later, vandalizing the place, including Pelosi’s office.

The session in Congress is usually a mere procedure in a normal electoral year, whose objective is to corroborate a result – Biden’s victory – that the Electoral College already confirmed on December 14.

This time, however, dozens of lawmakers allied with Trump raised objections to the result in various states.

Biden will be sworn in as president on January 20, precisely on the steps of the Capitol. 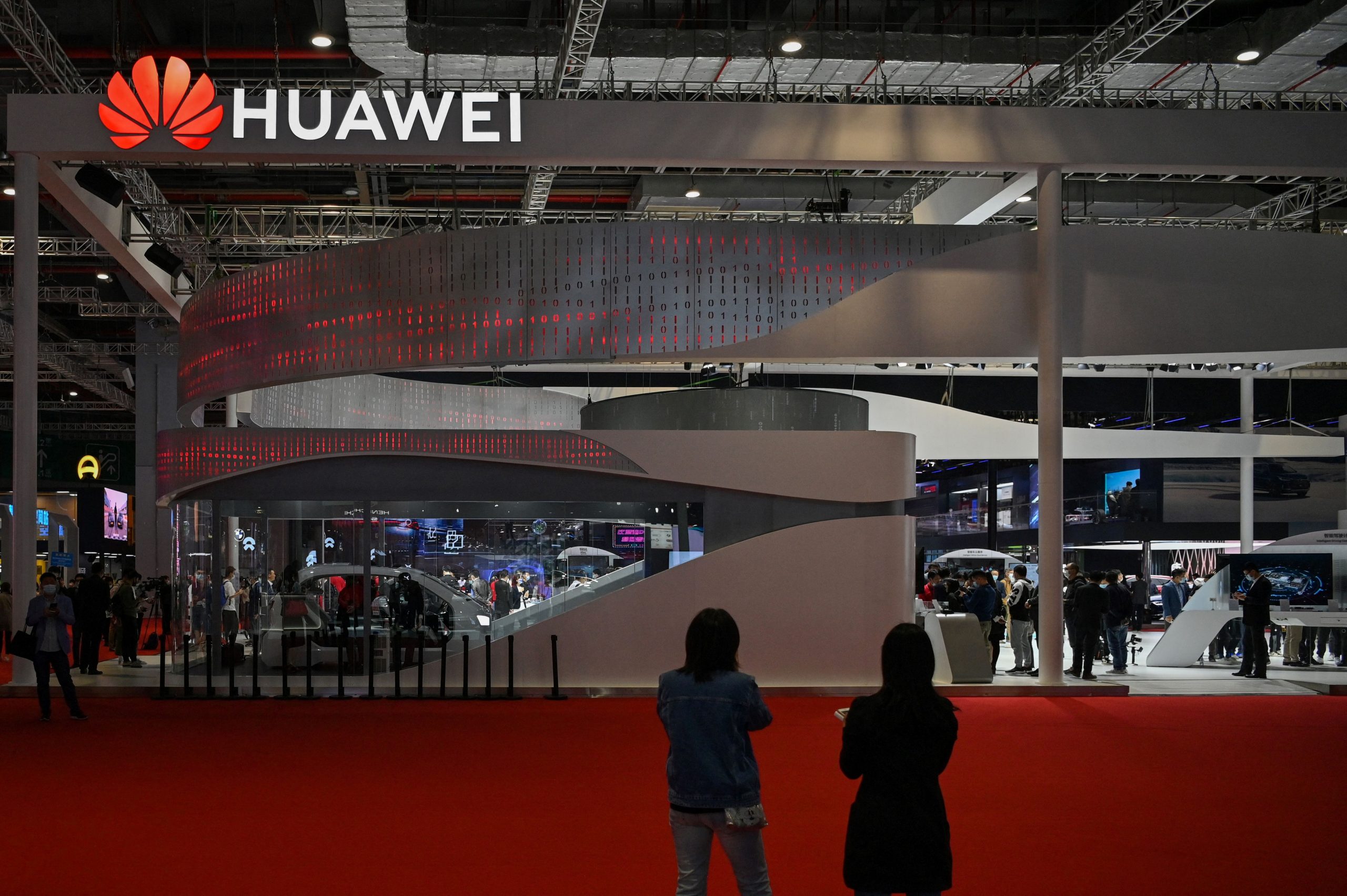 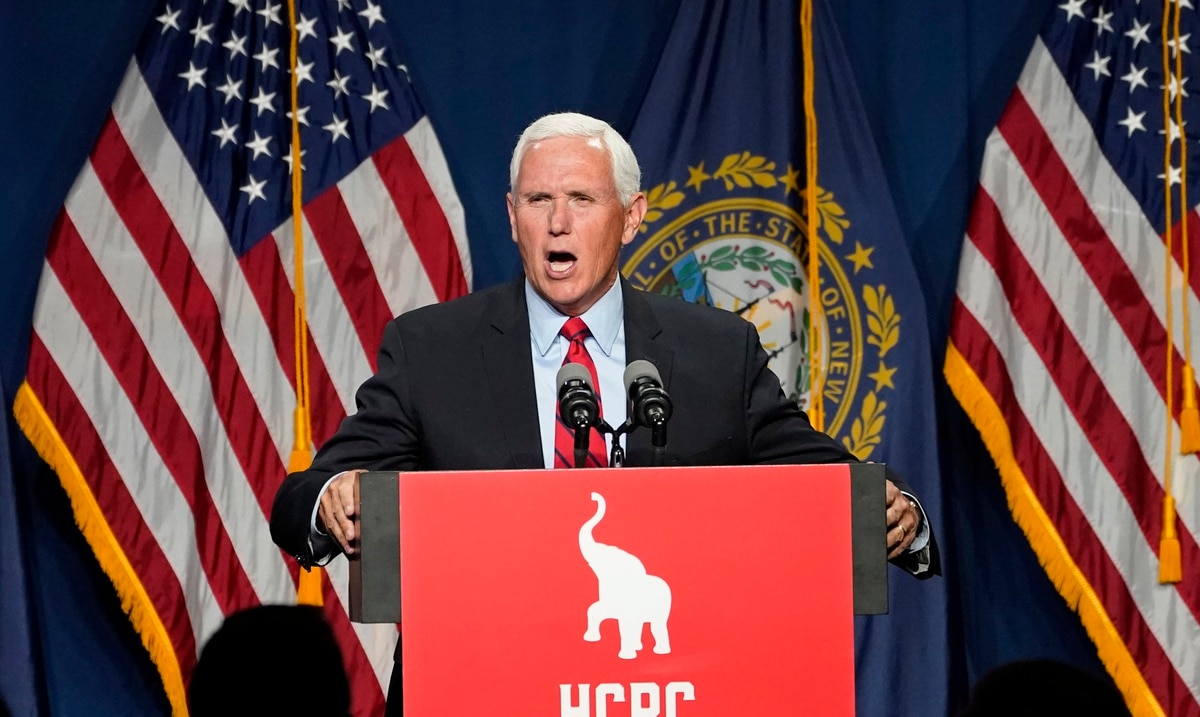 Mike Pence Says He And Donald Trump Disagree On Jan.6 Attack On Congress