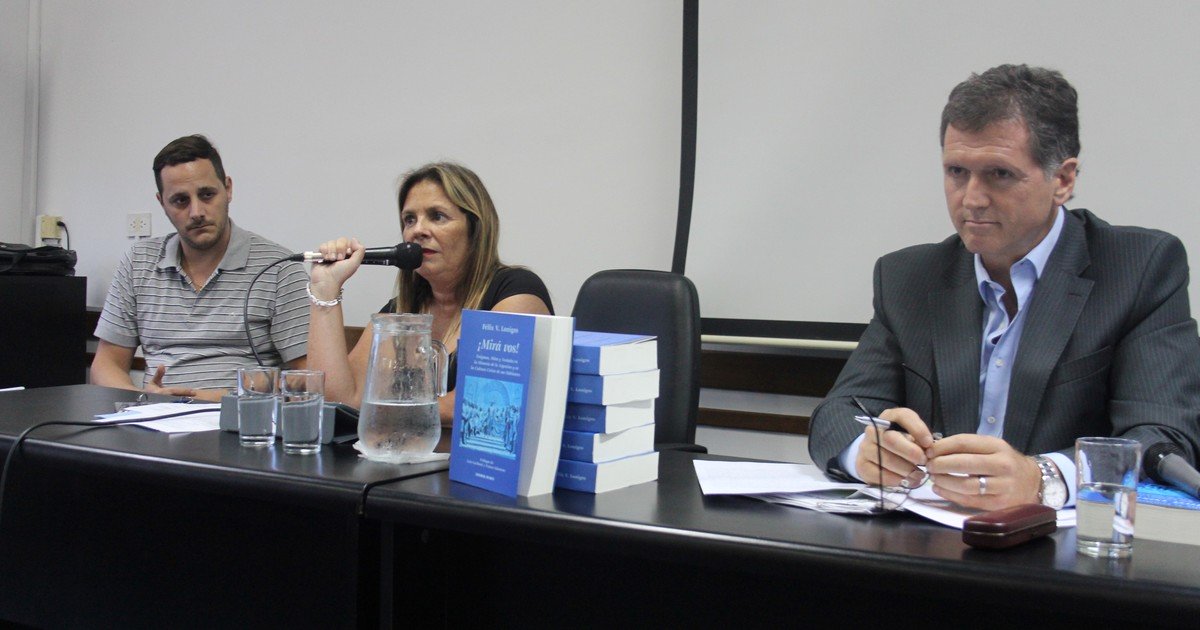 Four constitutionalists criticized the “distorted” use that former President Cristina Kirchner made of the concept of “lawfare” in the controversial allegation she gave Monday in the oral trial for the Road case. Paradoxically, that Anglo-Saxon term was created in 2001 by officers of the US armed forces. to attack human rights organizations and even to denounce the arrest of Pinochet in Britain in 1998 by former Spanish judge Baltasar Garzón.

Constitutionalists Daniel Sabsay, Andrés Gil Domínguez, Félix Logrino and Roberto Gargarella, with different arguments, explained to Clarín the origin of the term and how Chavism first and then Kirchnerism added the supposed role of the media in “political persecutions- judicial ”to build a new story and feed the denial of corruption K.

The constitutionalist and director of the postgraduate degree in Constitutional Law (UBA), Daniel Sabsay, said that the use that kirchnerismo gives to the term lawfare "is a new kirchnerista story to achieve impunity, an invention, a fallacy." “Cristina Kirchner is not a persecuted politician. It is not persecuted for its ideas or political actions. It is being investigated for acts of corruption and its defense has to be proven and done, not to insult the judges, ”he added.

“Cristina Kirchner, (Nicolás) Maduro, (Rafael) Correa are accused of corruption and have the right to defend themselves. Judicial accusations are not an invention of the press. Talking about lawfare in these cases and not doing it with the four former Peruvian president because they are from the right demonstrates the contradictions of the fallacy, ”he said.

"Using the empty shell of an Anglo-Saxon term, created by the US military, and saying that it is a sort of conspiracy of justice, the mainstream media and the government of the day is another fallacy," said Sabsay.

On the other hand, the constitutionalist Andres Gil Domínguez affirmed that “my concept of lawfare is the use of the judicial apparatus to prosecute opponents who have no link with a criminal case and thus avoid presenting themselves as candidates, winning or assuming their charges That is, lawfare is a snob definition of the old political persecution. Kirchnerism added the role of the media to that definition that is not in constitutional law, but comes more from the political sciences. ” “This is not the case of Cristina Kirchner, who respected her parliamentary privileges, was a candidate and was elected vice president. On the other hand, it is the case of Lula Da Silva who was forbidden to run as a presidential candidate. ” Gil Dominguez admitted that other Latin American center-left leaders, such as former Uruguayan presidents Pepe Mujica and Chile Michele Bachelet, have no corruption lawsuits because they simply exercised their governments in a transparent manner and did not get rich during their mandates.

In turn, the constitutionalist Felix Logrino explained that "the term" lawfare "does not really exist. It is the union of "law" (law) and "fare" (rate). "Warfare" would be a kind of "tariff war", but nothing has to do with "lawfare." This meaning "was used to refer to the methods used or used by the enemies of the United States, which, knowing that they were inferior from the military, sought legal forms or legal methods to obtain advantages." On the other hand, in Argentina, Kirchnerism used it to refer "to the use of judicial procedures to persecute" popular "leaders (I would say rather" populist ")”. "In the particular case of Cristina Kirchner, in no way do I consider it to be a persecuted policy, nor that what is interpreted as" lawfare "is what is done with it." “The pact with Iran existed, the Hotel de Calafate and its rented but empty rooms existed; José López's money revocation existed; Daniel Muñoz existed and therefore no causes are invented against her, but they are initiated from objective facts, ”added Logrino. However, he said that “it may be true that the political winds have perhaps driven excessively preventive prisons that could have been killed, but that is why an ex-president with such a degree of suspicion in so many open causes, feels thanks to these investigations based in concrete facts, one persecuted, there is a long stretch. It happens that victimization is very good. He knows how to do it and it went well that way. He uses it as a political resource, ”concluded the constitutionalist Logrino.

In turn, Roberto Gargarella, a lawyer and professor at the Di Tella University, remarked that: “Lula, Dilma, now Cristina uses the idea of ​​lawfare in another sense, not positively but negatively, to refer to the 'strategic' use and supposedly 'manipulated' of the law, against them, as leaders who received popular support at the time. ” It happens that “the idea of ​​lawfare as‘ use of the law as a weapon of war ’is used relatively recently. It was used, for example, from the Chilean right to talk about the processes launched from Spain (by Judge Baltasar Garzón) against Pinochet when he was arrested in England ”in 1998, Gargarella explained. He described the use of lawfare kirchnerism as "nonsense, a fascination for an English word that was contaminated with its original content that does not interest the Academy." Instead, he said that "the use of Justice, from the left or the right, to persecute the opposition is something very old in Latin America." He was struck that "the left is fascinated with this word invented by the military and spies of the United States to attack international criminal law or human rights organizations." He recalled that it was also used to attack allegations of human rights violations by prisoners of terrorism in the US military prison in Guantanamo.

When asked if Cristina was a persecuted politician, Gargarella said no. He recalled that “Argentine justice is a construction of party politics – I mean above all federal judges – who are very sensitive to political ups and downs, SIDE funds and pressures. Cristina, in her two presidencies, contributed to create this opportunistic justice that, as well as in recent years, activated the cases against her, as of December 10 she can deactivate them ”.

Neologism was created in 2001 by retired professor and brigadier Charles J. Dunlap Jr. of the American Duke University School of Law who defined it as "the use of law as a weapon of war." Dunlap extended the term, giving more details, in 2007. In an article published in the Washington Times ("Lawfare amid warfare"), he wrote that "lawfare" was "the exploitation of the real, perceived, or even orchestrating the incidents of violations of the laws of war that are used as an unconventional means of dealing with a superior military power. " That is to say, of denunciations of the country defeated in a war against the winning country, as for example accusing the victor unfoundedly of violating the human rights of the defeated.

In December 2017, the former president in her first speech as a senator deformed that American legal concept and said she suffered a "judicial war." He did so after federal judge Claudio Bonadio asked for his arrest in the cause of Iran's cover-up in the AMIA attack. Cristina explained this in the Senate: “This use of the judiciary to stigmatize leaders is not an Argentine attribute. The lawfare, a term coined in the United States and developed at Harvard University, speaks of the use of the judicial apparatus to, articulating with the media, provoke prior convictions, without trial, to political leaders of the opposition, ”Cristina argued.

Last October, Pope Francis dedicated one of the points of his speech to the so-called "lawfare" and stated that "it is periodically verified that false accusations have been resorted against political leaders, promoted jointly by media, adversaries and colonized judicial bodies ". "In this way, with the tools of lawfare, the always necessary fight against corruption is instrumentalized with the sole purpose of combating governments that are not to please, retake social rights and promote a feeling of anti-politics from which only those who aspire benefit to exercise authoritarian leadership, "he denounced.

Last Monday Cristina spoke again of "lawfare" for more than 3 hours before the Federal Oral Court 2, which investigates the redirection of public works for 3 billion dollars in favor of Lázaro Báez during his tenure.

In her statement, the former president said that the accusations that weigh against corruption in public works during her term constitute a case of "Lawfare."

"If anyone had the doubt of the existence of lawfare, or did not know what it was, the reading just made by the president of this court where we are denied live and direct this hearing, this is a practical class of the lawfare in Argentina carried out by this Court, "he said in his inquiry. Then he expanded the idea: "It's about persecuting political leaders." "This whole process is lawfare, things that did not happen are publicized to form a public opinion so that the judges have nothing more to condemn," said Cristina furiously.

The journalism professor at the Austral University, Fernando Ruiz, told Profile that the K concept of "Lawfare" is contained in the controversial report of the Provincial Commission of Memory, which chairs the Nobel Peace Prize, Adolfo Pérez Esquivel, and that he delivered to the federal judge of Dolores, Alejo Ramos Padilla, to pretend to charge about 20 journalists for his relationship with the false lawyer Marcelo D'Alessio.

Finally, Andrés Rosler, Professor of Philosophy of Law at the University of Buenos Aires, explained that the meaning that the K wants to give: “Basically it is a contradiction in its terms, since it is alleged that no matter how much a process is initiated legal, which by definition is peaceful in itself, what is being done is actually war by other means. The act of war does not use lawyers, notifications, or trial, or anything. It is a violent act and period. ” "Of course, there is the law of war, so it is not true that every legal act must be peaceful. However, it is absurd to say that if they apply the law, for example the Criminal Code, they are making war on you. I think it's overwhelmingly conceptual poverty wanting to seriously use the idea of ​​lawfare, "said the UBA academic and the University of Oxford.