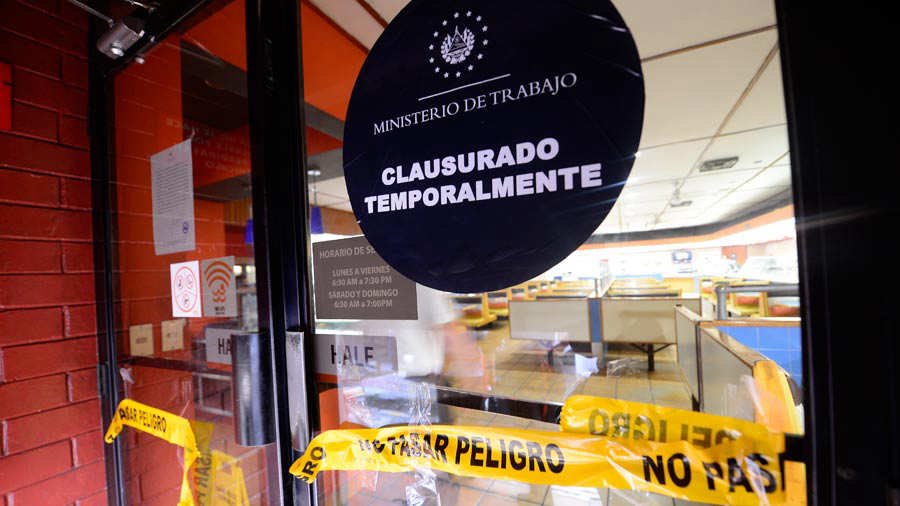 One more branch of the restaurant was closed on Saturday afternoon. The decision has generated different responses.

The way in which the closure occurred, while there were still customers eating and at the lament of the employees, caused reactions found in social networks. While some users have defended the closing orders, others have criticized the situation especially because of how the employees of these restaurants are being affected.

The different responses led to the President of the Republic, Nayib Bukele, ruling on the matter on Twitter. He said he has launched a “Digna Labor Relocation” plan, with the commitment to ensure that all affected employees are compensated and relocated in other companies with similar positions.

Videos of the restaurant's employees have also circulated on social networks at the time of closing. In one of them they are gathered praying and crying at the uncertainty they face when they are out of work. In another video, one of those affected emphasizes the insecurity they face when they lose their access to Social Security and AFP.

"A full report will be provided showing that the worker's value comes first," he said.

In addition, he said that, following what is published by Bukele, they will protect labor rights and that there are already companies that have committed to support the “Decent Work Placement” plan and are willing to receive the affected workers.

“The companies that support the plan are duly qualified; the vital thing is to guarantee the human and labor rights of the workers ”, he put in his account.

According to the company's lawyer, more than 75 employees are affected. He added that they have already taken all maintenance measures on the signs made by the authorities (gas tanks, utensils and operating permits) in order to obtain the guarantee to open the restaurants again.

In previous days, the Ministry of Health reported that they will also inspect other companies.

For now this is the only closed restaurant because it has not been known of another food establishment closed for similar reasons.

The National Association of Private Enterprise (ANEP) said yesterday that the rule of law must be respected.