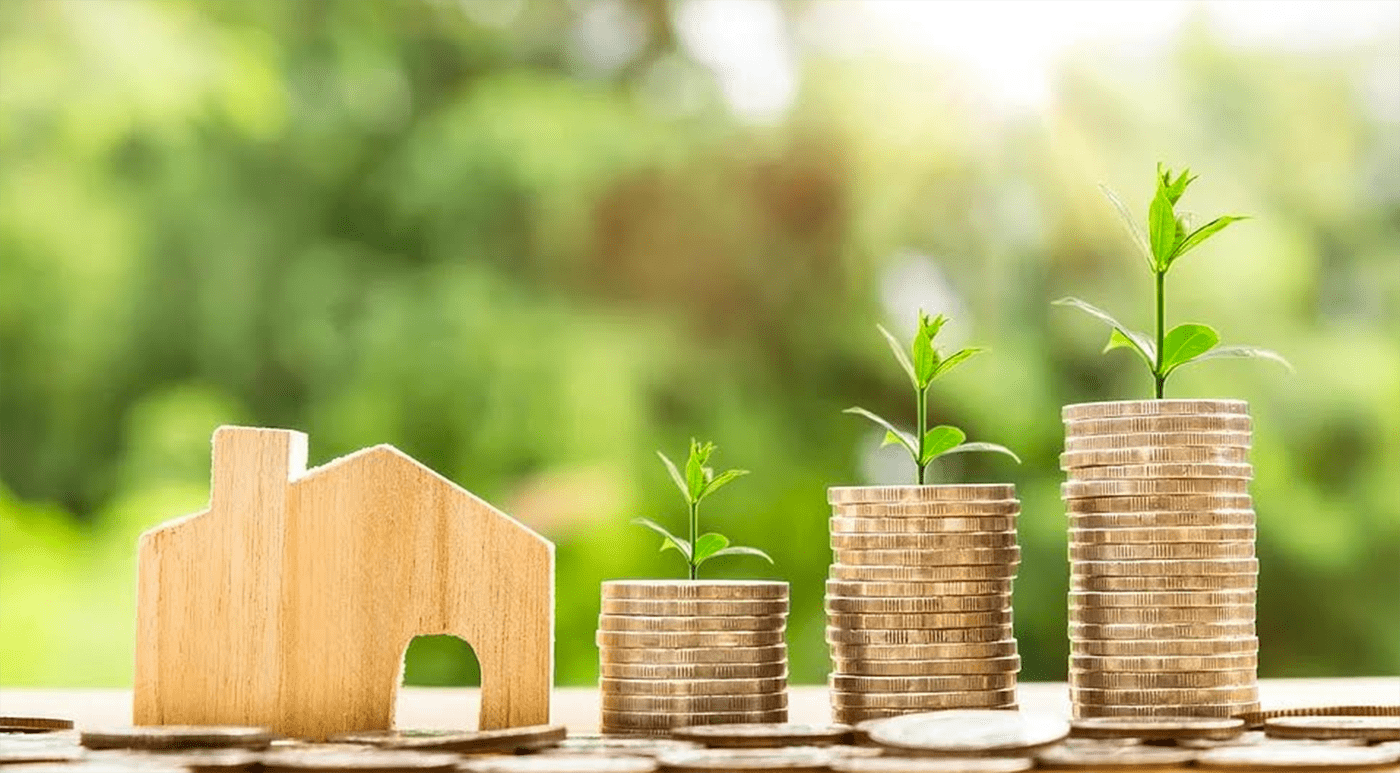 As much as I know
would have warned in advance of the problems that an epidemic could cause
of the characteristics of the coronavirus in a global world, with the exception of
less than a fifteen countries in the world, has taken us to the rest confused.
Without a plan, without health resources, without reserves of means of protection and
containment. A series of late, impromptu measures have been taken, some
contradictory, which have not prevented the pandemic from developing all its
contagious effects. The consequences are serious for health and
economy. It seems contradictory that public budgets are allocated
huge amounts of defense resources, in prevention of a possible “war
remote ”, and we were not able to design a plan beforehand and have
a reserve of resources, in order to mitigate a health risk from this
nature. It’s a shame that politics always works with an orientation to
so short term (the electoral cycle).

When things
They are doing well, we generally live absorbed in the “day to day” and the concern for
the more or less momentous themes is quite rare. The crises are
moments of reflection, are situations in which there is a change of trend in
our life. Especially the current situation that leads to paralysis
from our daily activity, to our isolation and confinement, is a
encouragement to reflect on many things; Well, it has also given me
reflect and then I present some ideas.

I have the most
deep conviction that the ultimate goal of politics and economics is
that of contributing to the well-being of citizens. This well-being has to be
based on the coverage of their basic needs, in an environment of freedom and
of civil and democratic rights. I think most of us can share
our desire to build a world of free, responsible, educated people,
independent, with self-esteem, with equal opportunities, solidarity and
aware of their rights and duties. This is practically impossible otherwise
they enjoy a certain level of well-being. It is also impossible in societies
with deep inequalities.

The economy
Traditional has focused primarily on wealth creation. Has its
explanation: wealth creation is necessary for people to
cover their basic needs and this has been the historical problem of
Humanity. Technological progress, increased productivity, improves them
in the administration of economic resources, etc., has led us to
The world is now, as a whole, richer than at any time in its history. No
However, in the 21st century, one might ask: should generating wealth over wealth
be the ultimate goal?

Well-being and wealth
they are considered synonymous terms, but they are not the same when
We analyze from the point of view of society as a whole. A society
It can be rich but not, therefore, it necessarily brings well-being to its
citizens. A few decades ago, the concept of
the per capita income of each country, to distinguish rich from poor countries.
This gave rise to a classification of the countries, starting from a level
understood that a country was developed (rich) or developing (poor) –
it was taken for granted that development would reach all countries. I know
It equated, then, the level of per capita income with the standard of living of the
citizens. With this criterion, paradoxes occurred as one of the countries
highest income per capita in Africa was Equatorial Guinea, when all income
the country had its president and family and the rest of the population lived in
the most absolute poverty. In short, it is so important to know the wealth of
a country like its distribution.

Well-being is made up of many elements [1], some not strictly economic, such as health or security, but it is obvious that it is incompatible with poverty. We could ask ourselves: what is the minimum level of income that a person must have in order to start enjoying well-being? A first approach would be, as a minimum, that necessary for people to finance all their basic needs, within the social context in which they find themselves. Understanding these needs as the usual living conditions of the society in which they are integrated. For example, 50 years ago it was not considered common in all European families to have a car, today – I do not know if tomorrow? – It is part of the basic needs of these families, along with other possessions, services and supplies, which are considered essential and which were not before or are not in other societies and continents. The well-being of a society is not compatible with broad pockets of poverty.

So if
agree with me that we should require governments to develop policies
to improve the well-being of its citizens, it is convenient to know how it was born
historically this concept in politics and economics. The so-called “state
of well-being ”arises in Europe on the occasion of its reconstruction, from the
WWII. The objective was to grow the economy to recover
previous living standards, but the political leaders of the time were
aware that the causes that had motivated them did not have to be reproduced
the previous two wars. On the other hand, the “cold war” began and the
rise of socialism in the world under Soviet influence. This boom represented
a threat as an alternative model of society for the working classes
of Europe. Therefore, it was essential that the growth of the economy in
Western Europe was produced without great social imbalances. Was
It is necessary to establish a certain protection of the most disadvantaged layers that
avoid conflicts between classes. The welfare state was not the goal
but a means to achieve the growth of the economy: to grow and create
wealth was necessary to maintain social peace. In some way you can say
that well-being has never been the main objective of the so-called welfare state.
Well-being was contingent on growth.

The welfare state
It is typical of European society and, with few exceptions, Europe is a
“Island” in the World. But, for a while now, this concept has been at risk of
extinction considering it incompatible with the growth of the economy. The
globalization has made social inequalities an advantage
competitive for certain countries to the detriment of those that are socially
fairer. As a solution to this situation, they want to propose solutions
“Ultraliberales” on the consideration that they are the most effective for
promote economic growth. The argument is always the same: “we must
grow to create wealth and then distribute it ”, the historical promise of always.
But, as I already showed you in a previous article, the result is being
increase in inequalities.

We have known for a long time
that growth for growth doesn’t make sense, it’s getting
risk the planet and future generations. Climate change is every
more present even though some are still able to deny it. The
nature is constantly deteriorating by powerful interests that want it
exploit to its ultimate consequences. We hide our “garbage” in the West,
but we settle for consuming cheap products based on production in
poor countries where there is no right to people and no
environmental Protection.

The current crisis
caused by the coronavirus pandemic, has
The contradictions of our growth model have become much more apparent.
It is not the first time, the previous crisis also evidenced them, but perhaps not
we wanted to see them, on the contrary, the welfare state was questioned again
and the fiction that it is not sustainable (society
can finance the costs of healthcare, education,
social assistance, pensions, etc.). All this was done while there was no
no objection to committing significant volumes of resources to save the
Finance system.

Maybe what
now corresponds is to set, as the main objective of the economy, to promote
the welfare of citizens and make growth dependent on it. It is no longer about
to grow for growth, it is about distributing wealth, the State must
intervene in the economy to facilitate and promote the basic elements
that constitute well-being: environment, health, safety, income,
housing, employment, education, satisfaction, civic engagement, balance
life-work, community, etc.

The problem of this
approach is to abandon the growth objective for growth
It is in contradiction with the capitalist system. The engine of this system is the
profit. The profit motive is what drives the markets. For the
profit decisions of economic agents must be taken under the
profitability criterion and growth is implicit in this criterion. The
“Driver” of economic growth, in our system, is so relevant that
when it runs out, economic crises occur. Why the system works
through cyclical crises.

I don’t know if there is something
better than our current economic system, but it is worth reflecting to “reinvent it”
so that the main objective is no longer growth for growth and
is aimed at providing welfare to citizens. This is what it touches and, as
I said, the current unfortunate crisis can serve, at least, to
rethink many pending issues that we did not dare to address.

In conclusion, to convey my conviction that the solution for the exit from the current crisis is not to sacrifice the welfare state, as we will soon begin to hear in some opinion forums or feel directly as it disappears when the urgent measures are over and they come adjustments, but to abound much more in it. If this requires more public sector intervention in the economy? Well then!

[1] For those who want to elaborate on this topic, it is advisable to follow the
OECD reports called “How’s Life Going?” describing the
main parameters of well-being according to the criteria of the institution.