Los Angeles – Federal and local authorities remain on alert and contemplate isolation measures to contain the spread of the coronavirus, which in the country has already claimed the lives of at least 29 people, according to state authorities, and the cases far exceed the half a thousand.

Coronavirus cases, according to national media accounts and state authorities, are around 900 cases, with 29 dead, while government Centers for Disease Control and Prevention (CDC) speak of 647 cases, with 25 deaths.

“Call your doctor if you have symptoms, have been in close contact with a person known to have COVID-19, or have recently traveled from an area with widespread or continuous spread of COVID-19,” the CDC recommended Tuesday.

The authorities in New Jersey reported Tuesday of the first fatality due to coronavirus in that northeastern state, who suffered from previous health problems and was 69 years old. The deceased had not traveled outside the United States, but to New York, where more than 170 cases have already been registered.

Thus, coronavirus deaths in the country have occurred in the states of New Jersey, Washington, California and Florida.

The epicenter of the epidemic in the country is in the state of Washington, where 24 deaths have been recorded, according to local authorities. Of these, 19 have occurred at the Life Care Center nursing home in Kirkland, 27 kilometers from Seattle.

“We are going to see cases grow soon. It will not be unusual for us to see a duplication of cases weekly, if not more frequently,” Seattle Public Health Director Patty Hayes explained at a press conference Tuesday, according to the newspaper. local The Seattle Times.

Hayes made this assessment after the first deaths in that state unrelated to asylum were announced.

An analysis of the spread of the new coronavirus within the United States suggests that thousands of Americans are already infected, which scientists say mitigates the prospects of crushing the outbreak in its early stages.

The researchers estimate that until March 1, the virus had already infected between 1,000 and 10,000 people who have not yet been counted, according to a study released today by the Los Angeles Times.

Quarantines, contact tracing and other public health measures have likely slowed the COVID-19 outbreak, according to the researchers.

The governor of New York, Andrew Cuomo, announced Tuesday the imposition of a “containment area” of a kilometer and a half in the north of the city of New Rochelle, in Westchester County, where the largest “focus of infection of the country “of the coronavirus and where it has already sent the National Guard.

“It is a dramatic action, but it is the main focus of the country and it is a matter of life and death,” Cuomo said at a press conference in which he indicated that the measure will enter into force on March 12 and will end on March 25. this month.

During these two weeks, schools, large stores and places where large groups of people can gather will be closed, Cuomo said, adding that he will deploy the National Guard to assist in the work of containment, cleaning and treatment of the coronavirus.

Passengers on the affected cruise ship will go to military bases

For his part, the governor of California, Gavin Newsom, announced today at a press conference in Sacramento that a part of the more than 1,000 Californians who were aboard the Grand Princess cruise ship docked in Oakland will be transferred to the Corps Air Station. Marines de Miramar, in that state, for a mandatory quarantine of coronavirus.

Other American passengers will be sent to military bases in Texas and Georgia, according to Newsom, which did not elaborate.

The vessel spent several days at sea awaiting test results showing that at least 21 of the 3,500 people on board had tested positive for the disease. 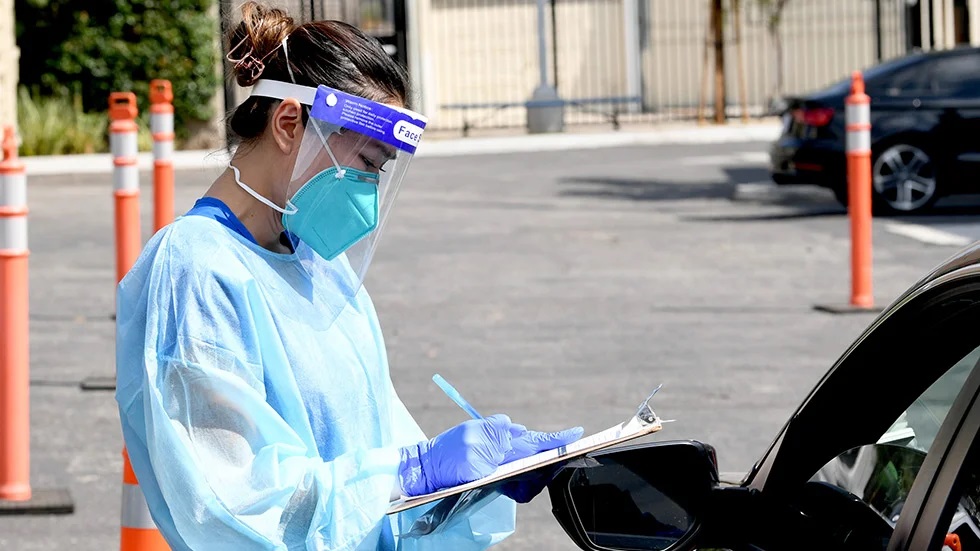