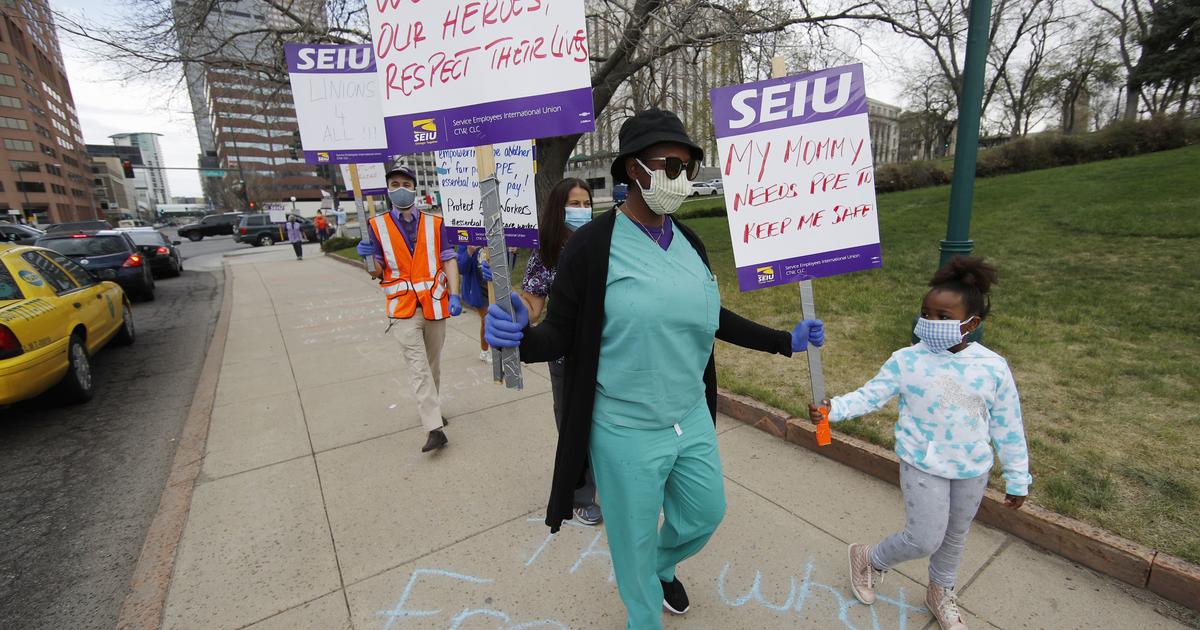 Health workers have become heroes during the coronavirus pandemic, and their tireless efforts are applauded in many countries, but not everyone is being rewarded for their performance. In the United States, where healthcare is a billion-dollar business, the economic crisis is leaving a devastating fact: the loss of jobs in the health sector has only been overcome by the hospitality industry, according to federal unemployment data.

In recent weeks, hospitals and doctors’ offices have lost billions in revenue by canceling surgeries and private consultations to prepare for the pandemic. Fewer patients, less income.

Thus, 43,000 health care jobs were destroyed in March, according to the Bureau of Labor Statistics. A report published by HealthLandscape and the American Academy of Family Physicians estimates that by June of next year 60,000 family doctor visits will have closed or reduced their staff, affecting 800,000 workers.

In California, thousands of nurses, doctors, and healthcare personnel such as caretakers, cleaners, or clerks – also essential in a hospital gear – have been fired or suspended from employment, or have received a cut in wages since mid-March. From Stanford Health Care Hospital to small rural sanitariums, they are experiencing an economic recession that has already left more than 30 million unemployed in the country.

While the majority of the population has been confined since the end of March, the toilets have followed and continue to work in the front line of the pandemic. In the past two months, more than 9,000 healthcare workers in the United States have contracted the coronavirus, and at least 27 have died, according to an April report from the Center for Disease Control (CDC).

At the same time, toilets throughout the country, and throughout the world, have continued to protest and declare that they lack adequate or sufficient personal protective equipment (PPE) for their personnel, and many have resorted to using homemade materials and even garbage bags to protect yourself.

Health care in the United States is a trillion dollar industry where hospitals and clinics are run like businesses and patients are the core of their income. Each citizen is expected to have the means to pay for their treatment, generally through expensive insurance linked to their jobs. However, around 28 million people lacked coverage in 2018, according to the Kaiser Family Foundation (KFF).

As the country slowly wakes up from its economic slumber, some California hospitals are already scheduling interventions. However, experts believe the health industry is unlikely to recover immediately, as many citizens will postpone visiting the doctor or switch to Medicaid due to the economic crisis.

In 2018, 45% of uninsured adults declared their cost to be too high, according to the KFF.

“If you manage health care as a business and someone is not profitable, you will be fired. And that is what we are seeing,” Dr. David Himmelstein, a professor at the University of New York and the school of Harvard medicine.

“We have a health care system that excels in normal times, but when we have an emergency, we suffer financial problems because we are only prepared to do what is profitable,” he added.

“For 35 years, the job outlook in healthcare has been excellent,” University of Southern California economist Glenn Melnick told the Los Angeles Times. “This time, I think they will decrease a little bit” as hospitals and clinics learn to cope with lower incomes “permanently,” he concluded.

CommonSpirit Health, a national Catholic nonprofit health system based in Englewood, Colorado, has also suffered the ravages of the coronavirus: the institution, which is present in 21 states, has suffered a drop in its income of 40 %. Marvin O’Quinn, the company’s president, described the financial crisis as “extraordinarily severe.”

“I’ve never seen anything like this. Health care has generally been a resilient entity even in the midst of a depression or recession, because no matter what is happening in the economy, people still need medical care,” he told the Los Angeles Times O ‘Quinn.

Melnick estimated that California hospitals typically make $ 8 billion a month, but in the first month of the pandemic, they earned about $ 6,000.

Palomar Health, which manages three medical centers in northern San Diego County, lost $ 5.7 million in March alone due to a 50% drop in patient visits, according to the health system. Losses in April are expected to be much worse, according to authorities.

Mad River Community Hospital in Arcata, Humboldt County, California, suspended 100 employees last month due to a 50% drop in revenue. “We only have a profit margin of 2% to 3%. Taking away 50% of our income is devastating, “said his management.

Private practice admissions in California have decreased an average of 64% since March 1, according to a recent survey of 3,246 practices by the California Medical Association.

Half of these centers have temporarily or permanently laid off staff, 65% have cut their hours, a third has imposed salary cuts and 11% have closed temporarily, according to the survey.

To get around this crisis, Congress passed a $ 484 billion bill on April 23 to help businesses and hospitals, as well as expand diagnostic tests. This injection is expected to keep the industry afloat, although experts believe that the pandemic will be a challenge for rural hospitals and private practices, which already work with low margins and, in some cases, offer telehealth assistance.

Without going back, this economic crisis could permanently reshape the country’s hospital landscape, according to O’Quinn: “I suppose some hospitals won’t be able to recover.”

With information from the Los Angeles Times, The Guardian, Business Insider and the Kaiser Family Foundation

This Detroit healthcare woman died after being rejected for the coronavirus test four times, according to her daughter.

Sick of coronavirus? Now you can receive a surprise medical bill