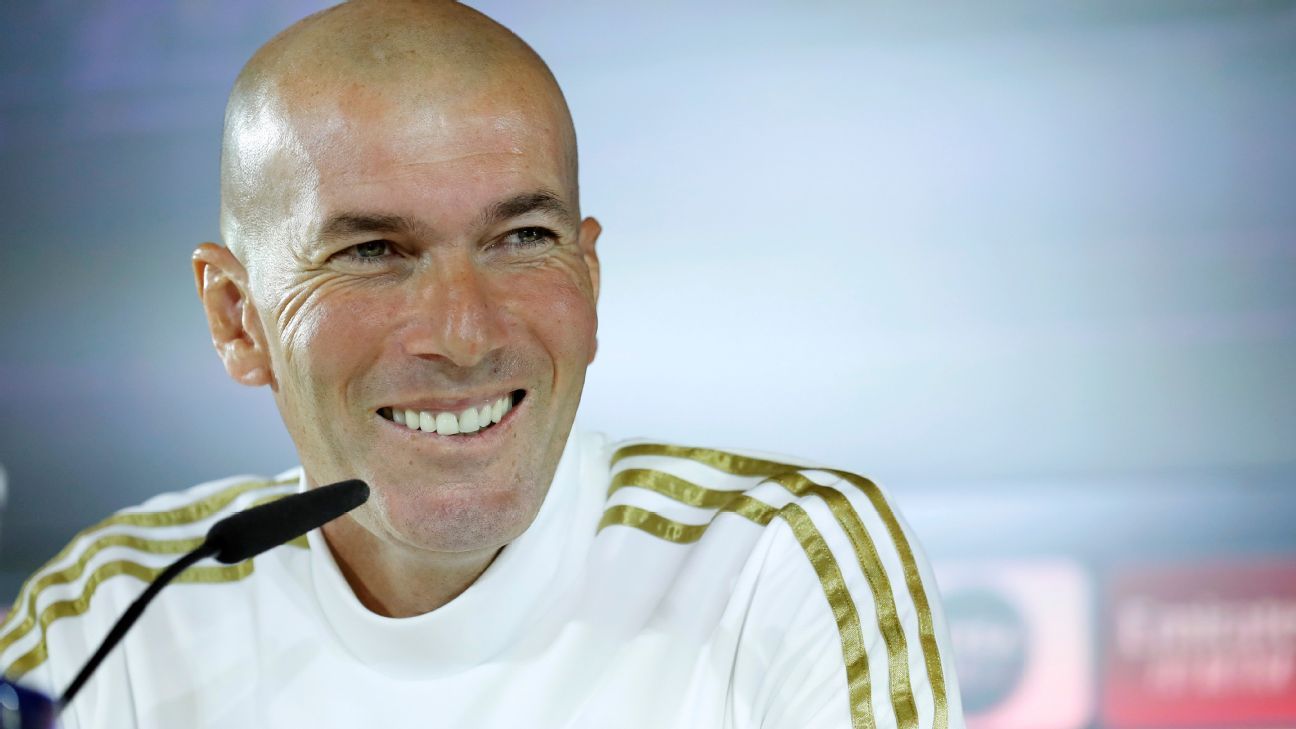 MADRID – Zinedine Zidane addressed at a press conference, before the game that Real Madrid plays tomorrow against Granada CF, the situation of Thibaut Courtois, who is definitively low as he has not yet recovered from the dizziness and gastroenteritis he suffered on Tuesday at noon.

In reference to the debate of the goal, according to the French coach, at Real Madrid "there is always debate" and believes that Courtois was not the "only responsible" for the draw against Bruges last Tuesday.

As ESPN FC has been telling through sources close to the player, Courtois felt unwell at lunchtime on Tuesday, suffering from dizziness and gastroenteritis that has caused him to lose up to 2.5 kilos of weight. Zidane himself confirmed the information.

“Thibaut was feeling bad, sure. It was a little scrambled, it can happen. In the break I was not to play. Undisputed? No one, neither Courtois nor anyone. We are 25 players and I will count on everyone. From beginning to end. I say it with a smile because it's the truth.

“He is not solely responsible for what happened in the first part against Bruges. Here at Real Madrid we have no right to fail, to have a problem or to make a mistake. When that comes there is always bad talk about Real Madrid. That is why we have to focus on ourselves. ”

Zidane wanted to settle the goal of the goal talking about the coup received by Courtois last Tuesday.

“Pitos can be fair or not unfair, that's what it is. He knows it, he is strong. The first part of the other day belongs to everyone, you don't have to give it more laps and you have to think about the next game. ”

However, and in relation to Lucas Vázquez, Zidane did want to highlight that there are situations that can condition the players.

“When you are beaten, it affects. Lucas has done good things too and has been applauded. Life is so. When worse things happen to us we have to react and it is what we want to react for the good of the team. ”

Tomorrow, Marcelo will also be low, who, with an elongation in the biceps femoris, has not been part of the training. Without the Brazilian, and with Mendy and Nacho injured, the team will play without left-backs and Zidane looks for an alternative.

“Bale as left back? I have not thought about it, before we have other possibilities. ¿Militao? Yes, he is a defense and has played in this position. He also did it on the right side, so it's an option, "he said.

Granada CF visits Santiago Bernabéu tomorrow as second place in La Liga and with the label of the revelation of the season. About the game Zidane complained about the short time his team has had to "recover", but he stressed that they are "ready to play."

“Against Bruges, the first part was what it was and in the second part we turned our faces and changed the game. Tomorrow's game we play against a team that is doing well and wants to add. We are better than two months ago and, in a while, we will be better than now.

“We are not as bad as what is spoken outside, but it is Real Madrid and what I say will not change anything. We focus on the field because we want to remain first. The team knows the message perfectly, which is daily. Every workout, every match. The message is to give everything. Football requires us to give everything and everything is important. ”