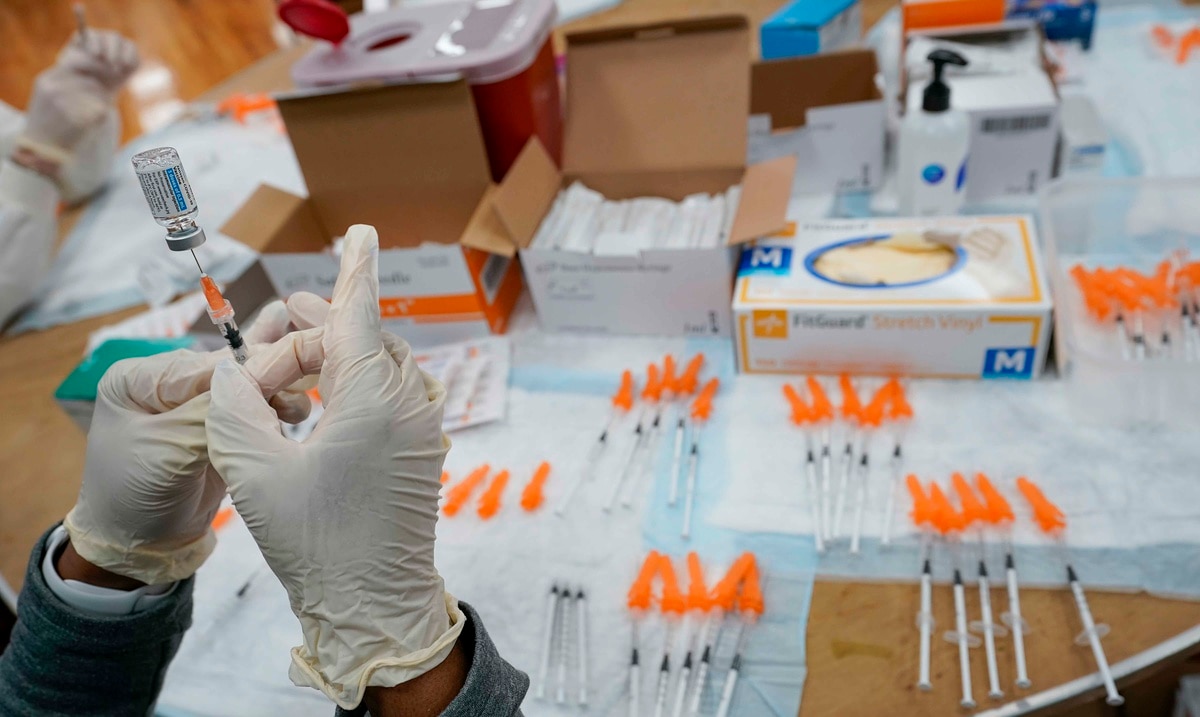 Jackson, Mississippi – New COVID-19 cases are declining across most of the United States, even in states with populations still hesitant to get vaccinated. But nearly all states where that trend is reversing have below-average inoculation rates, so experts warn that this respite from the pandemic could be fleeting in regions where few people are vaccinated.

The national total of cases fell in a week from a seven-day average of nearly 21,000 infections on May 29 to 14,315 on Saturday, according to data from Johns Hopkins University. For weeks, states and cities have lifted some of the restrictions and requirements for the use of masks, even in closed spaces.

Experts say that some states have higher levels of immunity because they had high rates of natural contagion of the disease, which so far has claimed the lives of almost 600,000 Americans.

“Certainly part of the population has benefited from the previous cases, but we pay for it,” said Dr. Thomas Dobbs, an official with the Mississippi Department of Health. “We pay for it with deaths.”

In Mississippi, more than 7,300 people died from the disease, and the state has the sixth highest death rate per capita in the country.

Dobbs estimates that approximately 60% of the state’s residents have “some underlying immunity.”

“So now we kind of are seeing that effect, because we have a combination of natural immunity and that induced by the vaccine,” said the official.

Only eight states – Alabama, Arkansas, Hawaii, Missouri, Nevada, Texas, Utah and Wyoming – have seen their case rates rise in seven days from the previous two weeks, according to data from Johns Hopkins University. All of them, except Hawaii, report vaccination rates below the national average of 39.7%, according to the Centers for Disease Control and Prevention (CDC).

The 10 states with the fewest new infections per capita in that period have total vaccination rates above the national average. That includes the three entities with the highest number of doses administered: Vermont, Massachusetts and Connecticut.

Medical experts point out that there are several factors that contribute to the decline in infections across the country, including vaccines, natural immunity from exposure to the virus, a warmer climate and that people are spending less time indoors.

However, Dr. Leana Wen, a professor of public health at George Washington University, expressed concern that the natural immunity of those who have been exposed to the coronavirus will soon dissipate. And he is also concerned that states with low vaccination rates will become hotbeds of contagion.

“Just because we’re lucky in June doesn’t mean we’ll continue to be lucky into late fall and winter,” said Wen, a former Baltimore City health commissioner. “We could well have variants that are more contagious, more virulent, and that those who do not have immunity or whose immunity is declining could again be susceptible to the disease.”