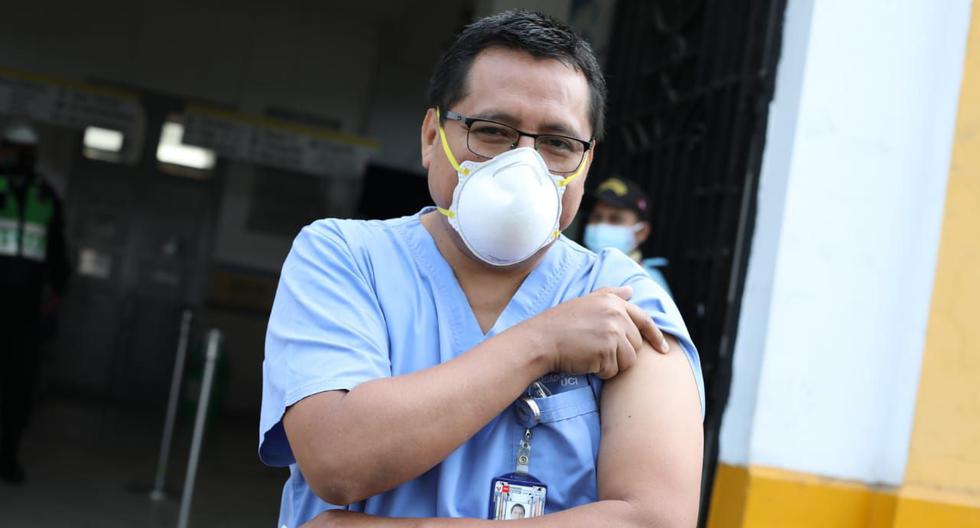 The president of the Peruvian Society of Intensive Medicine (Sopemi), Jesús Valverde, was infected with coronavirus (COVID-19); however, it is stable, according to Rosa Luz López, vice president of Sopemi. On February 9, Valverde received the first dose against this disease.

“The word is outrage, today I have had my boss in my unit, a 67-year-old man who has put everything aside and has continued working, a leader of us and has been ill, has infected his wife. The president of Sopemi himself is infected, I have another important member who has also worked hard and is infected, ”said the specialist in dialogue with RPP radio.

“He, Jesús Valverde, is at home, in quarantine, he is stable at the moment, but each one of us, when the days go by and he is sick, counts day by day, and checks his own functions every day … of his family that is also infected ”, he added.

It is worth mentioning that Jesús Valverde became one of the first Peruvians to receive the first dose of the COVID-19 vaccine from the Sinopharm laboratory in the country. The process took place at the Dos de Mayo Hospital.

Regarding the vaccination against COVID-19 of the former minister Pilar Mazzetti, the vice president of Sopemi expressed her indignation because many intensivist doctors have not yet been immunized.

“I have a very great disappointment and as a representative of Sopemi we have put our shoulders, we have been loyal, cooperative constantly with the minister, we have delivered documents that until now remain in the air and we really feel this as a disappointment, a pain, as a stab in the back, “said the doctor.

In reference to the Sopemi statement, in which he asks to know which other officials received the dose and despite this they were infected with the coronavirus disease. The specialist said that it is necessary for the Ministry of Health (Minsa) to specify the information.

“I think that Ciro Maguiña is within them, the other thing we know is that the director of Digerd who was also in this and was ill, I have not seen in detail the whole relationship that I think is circulating, I do not know, but we launched the statement because we wanted to know if these people received the vaccine, “he said.

“It is striking in any case, because it is obvious that one should be concerned if they received the vaccine and if despite that they have caused a serious disease, which is known to occur, but in a much lower percentage,” he concluded.