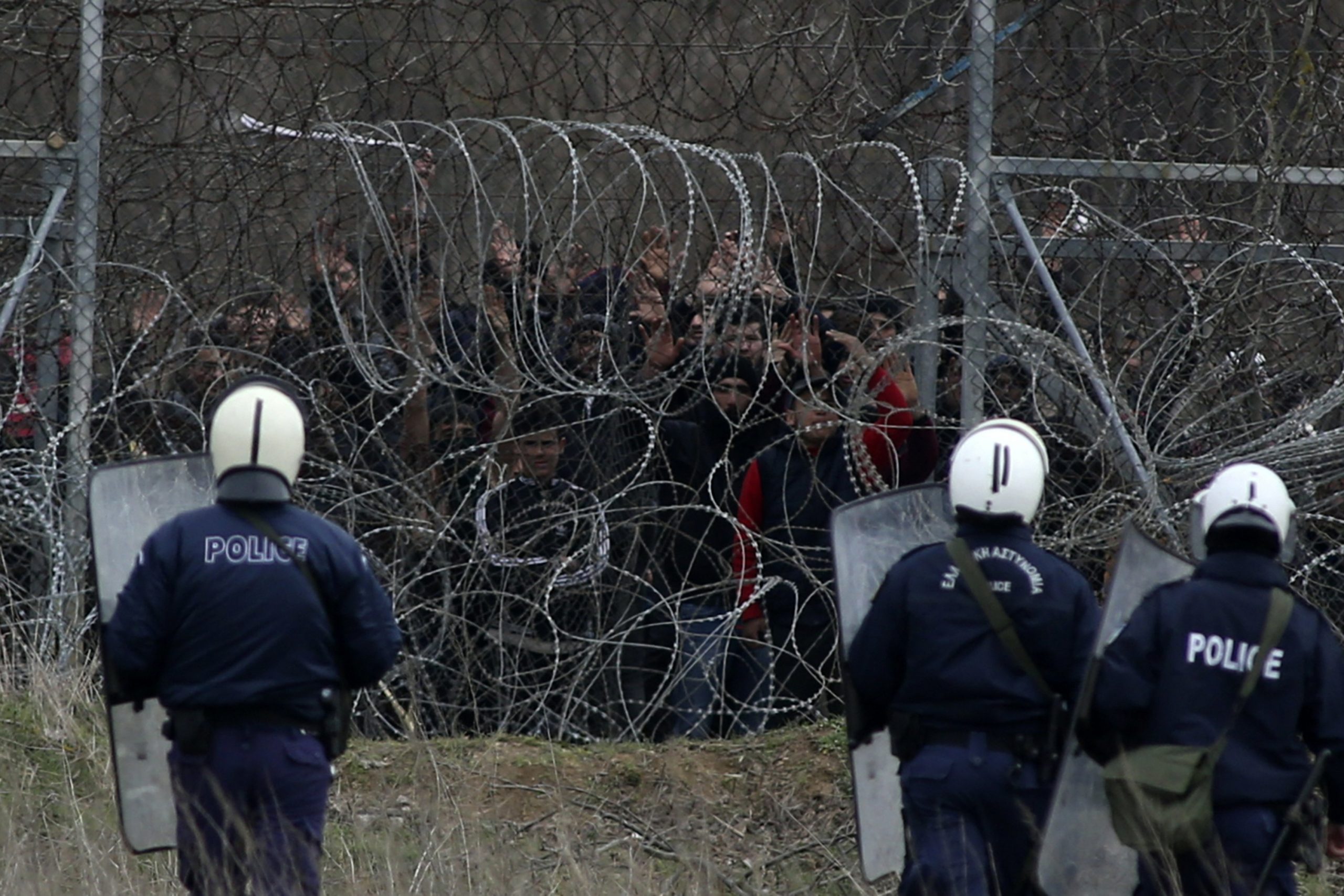 KASTANIES, Greece (AP) – Greek authorities used tear gas and stun grenades on Wednesday morning to reject an attempt by migrants to cross the land border from Turkey, as pressure on their border continued after Turkey said it was opening its side of the fence to everyone who wanted to cross to Europe.

One person died and five were injured by fire from the Greek side, according to Turkish authorities. The Greek government flatly denied it and claimed it was “false news.”

The clashes occurred near the border town of Kastanies, next to a fence that covered much of the boundary not marked by the Evros River.

Turkey last week followed through on its threat to open its borders to Europe. The president’s decision, Recep Tayyip Erdogan, sparked days of violent clashes and scenes of chaos on the land border, where thousands of migrants and refugees have gathered.

The governor’s office in the Turkish border province of Edirne said one migrant had died and five were injured after Greek police and border guards units used tear gas, blank bullets and live ammunition against a group of migrants gathered in an area between the Turkish and Greek gates of Pazarkule and Kastanies.

Three migrants suffered foot injuries, one in the groin and one in the head, according to a statement from Governor Ekrem Canalp’s office. A sixth migrant who was shot in the chest died in hospital, according to the statement, in an incident that occurred when the Turkish parliamentary human rights committee was visiting the area.

Greek government spokesman Stelios Petsas flatly denied that any migrant had been killed or injured by the Greek authorities.

“The Turkish side creates and disperses false news directed against Greece. Today they created another falsehood, ”he said, adding that he flatly denied that anyone had been killed or injured. “There is no such incident with fire from the Greek authorities,” he said.

At first it was not possible to independently confirm the conflicting versions.

During the clashes earlier Wednesday, journalists on the Greek side of the border heard what appeared to be gunshots, although it was not clear that it was live ammunition. A group of people were seen carrying something that could be a person, and running towards the Turkish border post. Soon after, an ambulance was heard leaving.

Journalists on the Turkish side of the border saw at least four ambulances leaving the area.

The maritime border has also been under pressure. Hundreds of people have sailed from the Turkish coast to the Greek islands in flimsy boats in recent days. A boy died this week when the rubber boat he was traveling in sank on the coast of the Greek island of Lesbos.

Athens called the situation a direct threat to national security and has imposed emergency measures to make quick deportations and freeze asylum claims for a month. Several migrants said they had been returned to Turkey immediately after crossing the border.

The crisis coincides with a Russian-backed Syrian government offensive over Idlib province in northwestern Syria, where Turkish troops are fighting.

The Syrian campaign has killed dozens of Turkish soldiers and displaced almost a million Syrian civilians towards the armored Turkish border. However, Oleg Zhuravlev, head of the Russian military focal point in Syria, said on Tuesday that claims about a humanitarian crisis in Idlib were false.

Zhuravlev said the Turkish authorities were “herding” some 130,000 refugees, who were in temporary camps near the Turkish-Syrian border, toward the Greek border.

The Greek government said Turkish police were launching tear gas at the Greek border and the security forces that were monitoring it, and released a video that it said supported its claim.

For its part, Ankara accused Greece of mistreating the refugees.

“Greece treats refugees horribly and then turns to blame Turkey,” Fahrettin Altun, communications director for the Turkish presidency, tweeted Tuesday night. “This is the kind of double standards and hypocrisy that we have become accustomed to over the years. The country that has just suspended temporary protection and launched tear gas against migrants has no moral authority! ”

In a speech to legislators from his party, Erdogan called on Greece and other European countries to respect the rights of migrants. He showed an image of Greeks who, he said, found refuge in Syria in 1942, saying: “Greeks who are trying by all means to keep refugees away from their countries, from drowning them in the sea to shooting them with bullets, must not forget that someday they might need the same compassion. “

He also accused the EU countries of hypocrisy, indicating that they came to the aid of Greece “with money, ships and soldiers” to prevent a new wave of migrants, but ignored the need for Turkey with 3.7 million Syrian refugees in its territory. “

Greek authorities estimated that there were some 15,000 people along the Greek border on Wednesday. In the 24 hours through Wednesday morning, they noted, 27,832 attempts to cross the border had been thwarted, and 220 people who managed to pass were detained.

Von del Leyen expressed his support for Greece, noting that the line was not only a national border, but also an external one for the EU. People trying to cross, he noted, had been “lured with false promises to this desperate situation.”

Ankara has received harsh criticism from some European countries.

“President Erdogan is using people as a political soccer ball, as a weapon and a tool of pressure on the European Union,” Austrian Chancellor Sebastian Kurz said on Tuesday.

Suzan Fraser in Ankara, Turkey, and Elena Becatoros in Athens contributed to this report.