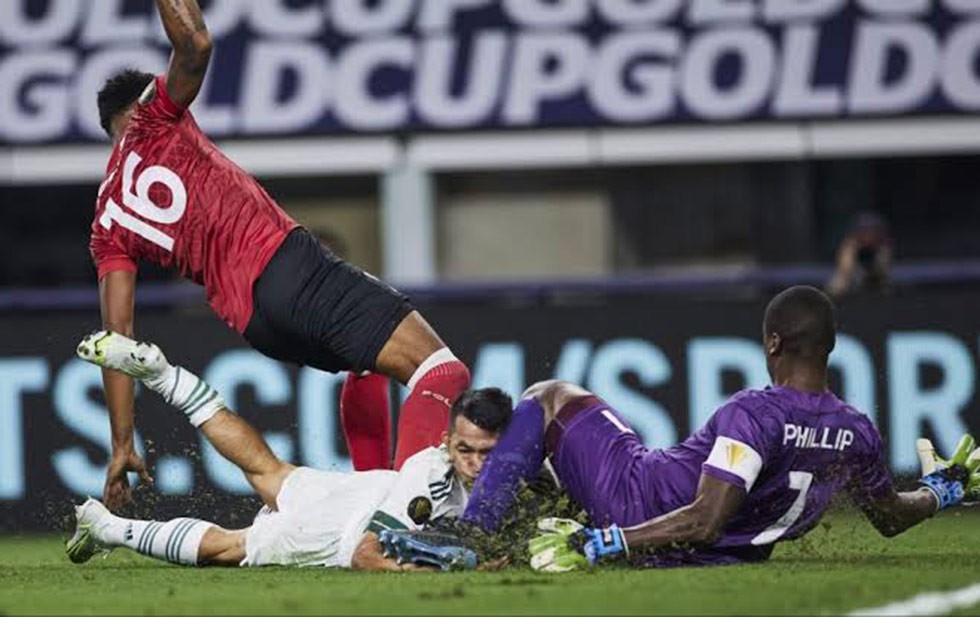 Hirving Lozano was knocked out in the match against Trinidad and Tobago due to a strong blow to the head with the knee of the Trinidadian goalkeeper, after a push that the referee did not even mark as a penalty, which is why he had to go out of exchange in the first half of the match when the game was still tied.

Chucky was pushed from behind by a Trinidadian defender and when his head fell he hit with his knee and despite the shocking of the play the whistler, Ricardo Montero of Costa Rica did not score the maximum penalty, nor did he go to the VAR to review it .

Lozano’s medical care lasted several minutes and he had to leave immobilized on a stretcher, so he was immediately taken on a stretcher to the locker room to be evaluated.

For the claims, the whistler admonished Edson Álvarez, and while Lozano was in the doctors’ cart, the fans chanted his name to try to cheer him up.

At the end, before leaving the field, the Mexican striker finally showed signs of movement after several minutes KO and took the injured eye and was conscious.