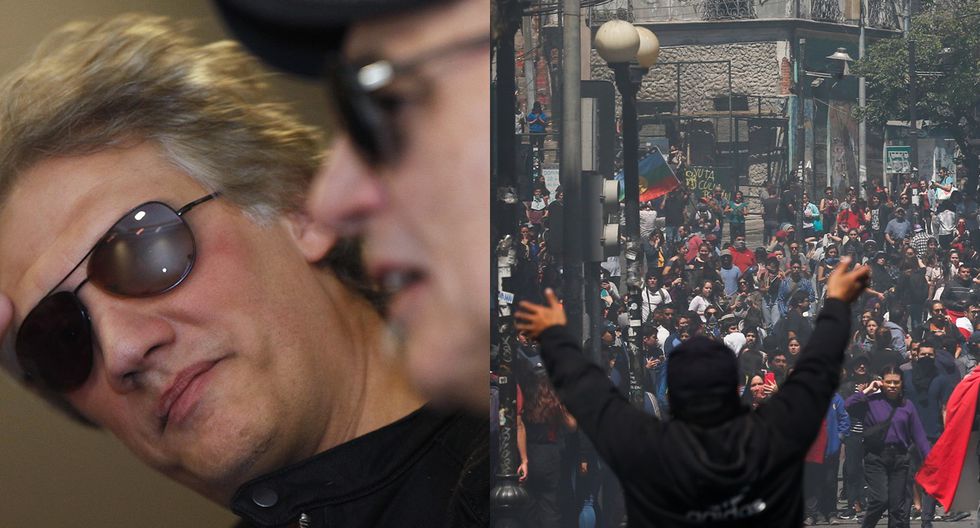 The producer responsible for bringing to Chile the concert “Gracias Totales”, which is part of the tour with which Zeta Bosio and Charly Alberti will travel four cities in Latin America to remember Gustavo Cerati and the glory times of Soda Stereo, postponed the presale of tickets for the event that will take place on March 7, 2020 at the National Stadium.

"Lotus Productions informs that following the events that have occurred in the last days in the country, the start of ticket sales for the event‘ Total Thanks, Soda Stereo ’, postpones its sale on the dates previously reported. The new dates will be informed soon, ”the producer announced in a statement.

►Protests in Chile: New curfew is decreed in the Valparaíso region

The historic return of Soda Stereo was announced at the beginning of October and also includes dates in Bogotá, Mexico City and Buenos Aires.

The show will have an audiovisual format specially designed to honor Cerati and thank the fans' loyalty, and Bosio and Alberti announced that they will be accompanied by recognized voices, either by video or in person.

Some of the confirmed voices are Adrián Dárgelos, from Babasónicos; Benito Cerati; Chris Martin of Coldplay; Juanes; Rubén Albarrán, from Tacvba coffee; and the Chilean Mon Laferte.