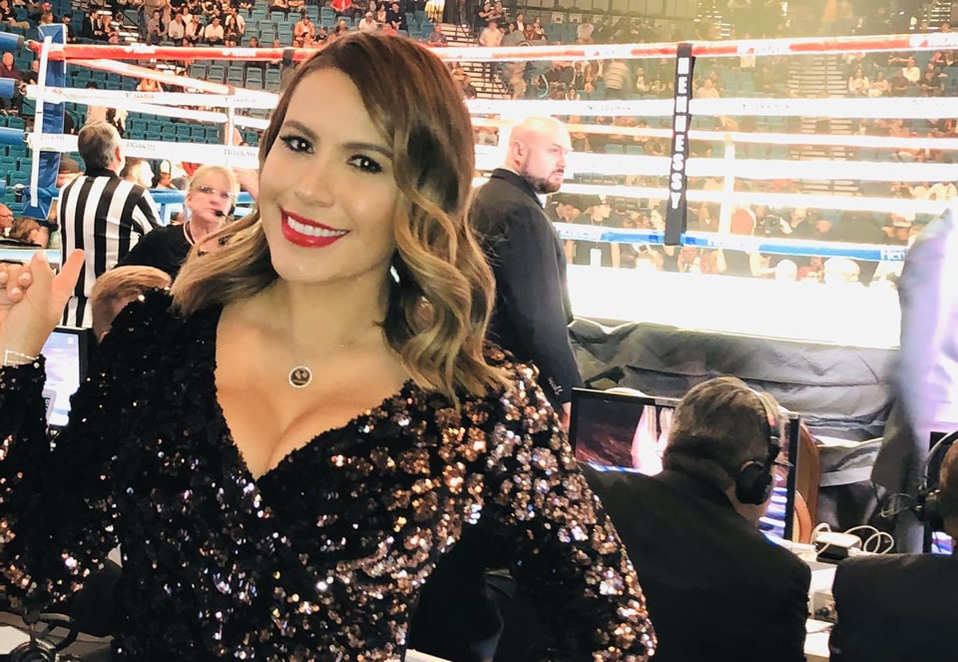 Go that the transmission of the fight of Canelo vs.. Kovalev by TUDN was otherwise controversial. And in addition to the tremendous failure that boxer Andy Ruiz ventured by saying that they saw his fight on December 7 by Telemundo, Venezuelan commentator Lindsay Casinelli, was highly criticized for not stopping to speak during the broadcast and constantly interrupt his teammates .

Through Twitter, the people who watched the fight through the Mexican television station, issued severe criticism to the host, since he repeatedly grabbed the microphone and interrupted his broadcast colleagues, among whom was ex-boxer Ricardo "Finito" López, who has been participating in the broadcasts of the former Televisa Deportes for several years in major boxing fights.

Tell this Lindsay Casinelli commentator that she is not the only one who should speak in the broadcast, let her speak and give her opinion to the other commentators who are there. And when they finally speak she constantly interrupts them and lets us finish talking. Ominous

Casinelli, was also the one that "propitious" that Andy Ruiz was wrong, since in the final moments of the transmission, he insisted to the Mexican-American boxer to promote his next fight that will also be transmitted by TUDN.

However, the boxer, who for much of the broadcast was confused to be his first time as a television commentator, made the mistake and said to continue his fight for Telemundo, Televisa competition chain.

Lindsay Casinelli arrived on the screens of TUDN and Mexico, thanks to the merger between Univisión and Televisa Deportes, since the South American has had a long history in television in the United States for Spanish-speaking people. However, he has not fallen in the Mexican public and people already let him know through social networks, after his participation in the Saúl Álvarez fight on Saturday.