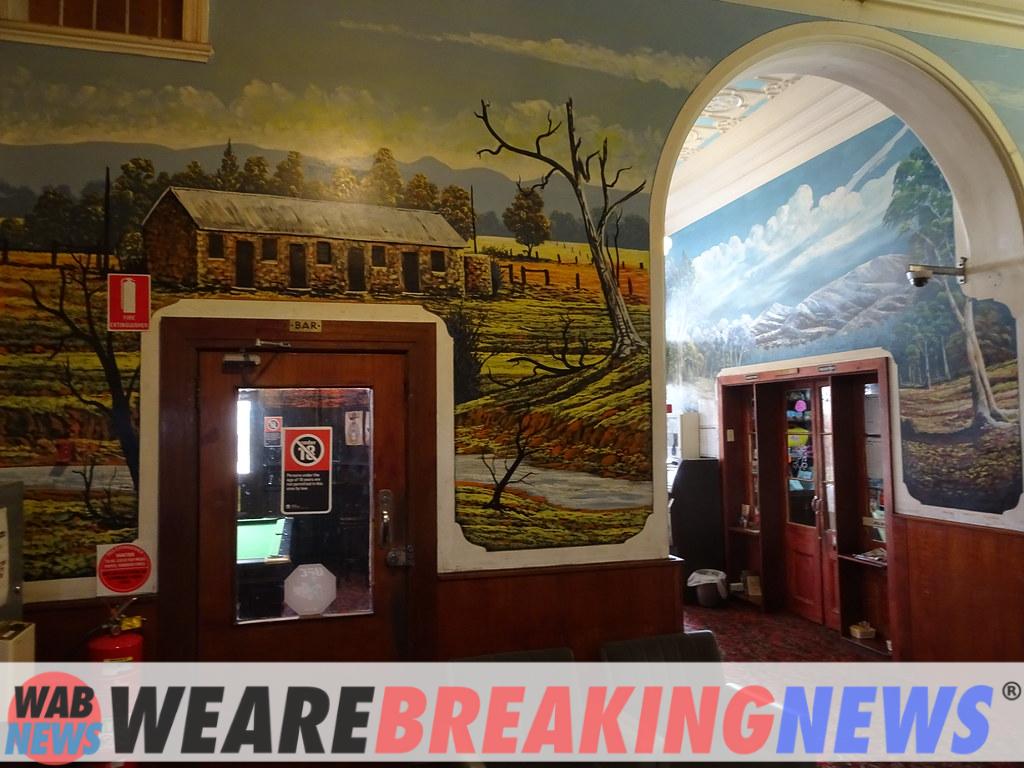 HAVANA (AP) — El Calvario Baptist Church, with its high 19th-century dome, glossy mosaics and rows of dark wooden pews, was a bustling place. About 18 people were preparing the temple for the weekend worship.

Six days later, the image of that old heritage building – emblematic for evangelicals and in particular for Baptists for being the first of this denomination in Cuba – is completely the opposite: part of its upper floors collapsed, walls with cracks so wide that they allow light, windows ripped out, scattered glass, debris and a thick layer of dust that covers everything in gray.

The explosion of the Hotel Saratoga – so close to the temple that from the collapsed party walls you can see part of what were the five-star rooms – dramatically impacted the church, from which all the people miraculously came out alive.

So far 44 people have died and dozens have been injured, counting resort workers, neighbors and bystanders. The outburst on Friday May 6 at around 11am was apparently caused by a gas leak from a tanker truck serving the hotel.

“I didn’t know what was happening,” Alejandro Clemente González, the church administrator, told The Associated Press, his voice trembling as he recalled the blast. “I cried out to the Lord, ‘what is this, Lord help us in this difficult situation’”.

Desperate, González and the operator listened to the screams of the receptionist, the dust barely let them see and the debris began to fall on them. When they wanted to flee, a wall of gravel blocked their escape.

“I remembered that we have an exit from the back and then the brothers who were on the third floor were already coming down and we all got together, we told each other,” added the administrator. Since then he sleeps badly, he is startled by any noise and feels anxious.

Although almost a week has passed, seeing the state of the temple still affects him. “It makes me very sad, because of what it represents for us, how it has turned out,” said González.

Located a few meters from the strategic Avenida del Prado, next to the Saratoga and in front of the Martí Theater and a few steps from the Capitol – the seat of Parliament – the space that the church occupies today was an old circus when the Baptists began their services there in 1887 until in 1889 they acquired the property.

According to its directors, there was a school, a seminary, a printing press, a bookstore, and the Baptist Convention of Western Cuba has been based there since 1906.

The first missionaries of the creed on the island were of American origin and currently some 70,000 people are estimated to be parishioners and sympathizers of the Western Convention, although if you add another in the East and some independent churches there are some 200,000 Baptists in the Caribbean nation.

For “every believer, every Christian, every Baptist who comes, this is their home,” Pastor David González, who for two years has lived with his wife in an apartment attached to the temple, one of whose rooms collapsed, told the AP. .

“Here I got married, here many parents have presented their children, many young people have been baptized,” explained the priest.

Both the worship area and the rest of the church facilities remain intact, just as the explosion left them. Authorities said their priority for now is to remove the rubble from the Saratoga hotel and some nearby residential buildings under which there may still be victims.

However, this week officials had a meeting with the leadership of the Western Cuba Baptist Convention on the recovery of the temple.

“What they transmitted to us was the desire to help as much as possible, it became clear that not all the resources to restore exist and we were also asked to seek help that, as we know, has been offered by churches in the country itself… and also in the world,” Pastor Bárbaro Abel Marrero Castellanos, president of the Convention and rector of the Baptist seminary, told the AP.

In the meantime, the authorities will temporarily provide them with a place in the vicinity to hold the services.

“We still don’t know exactly the magnitude of the damage,” said Marrero, who explained that some specialists mentioned that it should be evaluated if it is necessary to demolish some parts of the huge building or if everything is recoverable. Based on a technical opinion, a strategy will be drawn up.

Since the building is officially cataloged as having heritage value, the Office of the City Historian – in charge of much of the rescue of Old Havana in the last 25 years – will be responsible for the repair or restoration work.

“Our desire is to contribute, we do not want to sit or simply wait, but we are going to actively get involved in this whole process and with all the brothers, friends who have offered to help. We hope that a beautiful work will be done,” said Marrero.