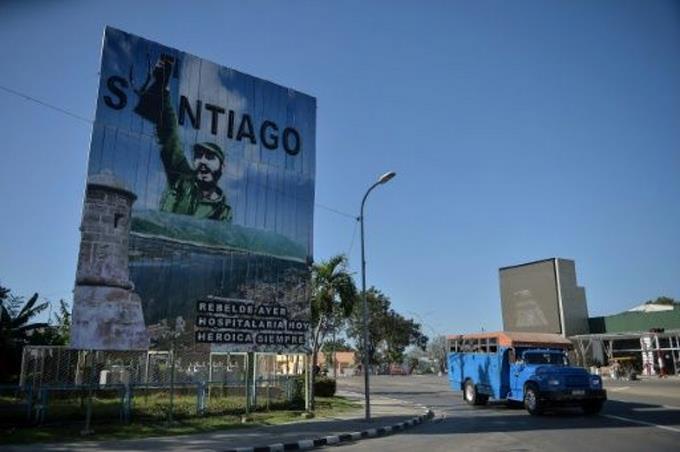 Cuba will elect tomorrow its first president of the Republic in more than 40 years, a figure that ceased to exist in 1976 and was restored with the new Constitution approved in April, a text that keeps the door to the direct presidential election closed despite the request of thousands of citizens.

The election will take place during an extraordinary session of the National Assembly (unicameral Parliament) in which no surprises are expected: Miguel Díaz-Canel, current president of the Councils of State and Ministers, is expected to be ratified as the country's leader.

Since its creation, this last position was first occupied by the late Fidel Castro and then by his younger brother, ex-president Raúl Castro, who ceded the headquarters of the State to Díaz-Canel in April 2018 and will remain at the head of the ruling Party Communist of Cuba (only legal) until 2021.

Miguel Díaz-Canel, 59, would thus start his first five-year term as president, more than a year after assuming the leadership of the island, and could make decisions without relying on the approval of the State Council, at least formally .

Once elected, the president of the Republic has three months to appoint the prime minister, a position that also disappeared with the 1976 Magna Carta and has also been recovered.

Engineer by profession, Díaz-Canel was gradually trained and scaled in the structures of the Communist Party until he was appointed first vice president in 2013, when he was emerging as the sole apparent heir of Raúl Castro, who revealed in the investiture act that his pupil will also relieve him at the head of the PCC in 2021.

The last president of the Republic of Cuba was the lawyer Osvaldo Dorticós, after replacing in 1959 Manuel Urrutia, the first president of the nascent Cuban Revolution, who resigned within a few months of coming to office due to conflicts with the then Prime Minister Fidel Castro

These changes also imply a deconcentration of the Executive Power against the model that governed for decades in Cuba, where Fidel Castro accumulated the leadership of the main decision-making bodies, from the Government to the almighty Communist Party and the Armed Forces.

From Thursday's parliamentary session, which coincided with the commemoration of the Grito de Yara in 1868 and the beginning of the wars of independence against Spain, the vice president of the country and the new leadership of the Assembly will also be elected, placed for those that do expect changes.

As number two of the Government is currently the veteran union leader Salvador Valdés Mesa (74 years old), elected in 2018 by the Assembly, chaired since 2013 and so far by Esteban Lazo (75 years old).

In addition, Cuban deputies will also elect the president, vice president and secretary of the State Council, the highest governing body of the island.

The new Electoral Law passed last July – in compliance with the Constitution proclaimed on April 10 of this year -, maintains the process of direct election of the deputies and reduces the composition of the State Council -maximum governing body of the country-, 31 to 21 members, including your address.

More than 11,000 Cubans requested during the consultation process for the drafting of the new Constitution that the president of the country be elected directly, but the initiative did not prosper and it will be the members of Parliament who will continue to elect the president and vice-presidents of Cuba from Among its members.

In addition to appointing the prime minister, the Cuban president will soon propose the candidacy of the governor and provincial vice governors – other figures recovered in the Constitution – that will be elected by the municipal delegates of each territory.

"The INTRANT will publish every month the list of all vehicles that have been temporarily removed in digital media and on its website."

The period to claim the vehicle, by its owners, will be ninety (90) days, non-extendable from publication, establishes article 243 of law 63-17.

The law states that when the owner of a removed vehicle has not claimed it within the aforementioned period of (90) days, it will proceed to be sold at public auction and in accordance with the established provisions.

To remove vehicles, owners must have their driver's license up to date; submit a copy of the registration; the tag and insurance to date and a copy of the act of sale of the vehicle in the cases that apply.

Other documents required by the authorities at the time of withdrawal are a copy of the owner's ID, certification of the report of theft of your motor vehicle issued by the Pilot Plan, in the cases that apply and a payment receipt for the balance of reason of the withholding issued by the Reserve Bank.

INTRANT is a decentralized agency of the State, with legal personality and administrative, financial and technical autonomy, in charge of complying with and enforcing Law 63-17 on Mobility, Land Transportation, Traffic and Road Safety.