Cuba’s decision not to extradite ELN peace negotiators in its territory is protected by the agreement signed with the State of Colombia, the official Granma newspaper said on Saturday, warning of the “very serious precedent” that the return would entail of the guerrillas.

The body of the ruling Communist Party of Cuba (PCC, the only legal party), whose texts establish official positions, dedicates part of its cover to harshly criticize the position of Bogotá by demanding the capture and extradition of the insurgents after the breakdown of the dialogues between the ELN and the Colombian Government.

The Cuban refusal to extradite the guerrillas is the main argument adduced this month by the United States to include Cuba in its list of countries that do not cooperate in the fight against terrorism, a document from which the island had emerged in 2015 in the fleeting ” thawing “diplomat lived with the administration of Barack Obama.

Peace negotiations between the Executive and the National Liberation Army (ELN) formally began in February 2017 in Ecuador, and in May 2018 they were transferred to Havana where the last round of talks concluded without progress in early August of that year.

The dialogue was interrupted after the attack on January 17, 2019, carried out by a guerrilla fighter against the Police Cadet School in Bogotá, which left 22 more the attacker dead and 66 wounded, and led the Colombian Government to definitively break the talks and demand the return of the insurgents.

Cuba reacted immediately by refusing to extradite the negotiators, shielded under the terms of the pact signed by the previous government of Juan Manuel Santos in the event of a stop in the talks.

According to Granma, Colombia’s request “contradicts” the protocols that “define very well how to proceed in the event of a negotiation breakdown” and stipulate that “the safe return of the delegation to the ELN camps must be guaranteed.”

“The attitude of the Colombian Government (…) is a violation of the agreement signed by the Colombian State with six guarantor countries, a very serious precedent that puts at risk the search for negotiated solutions in the world, and that, in the South American nation “It seems, he intends to throw the door in the face of peace,” insists the newspaper.

The Granma newspaper is the main newspaper on the island, where there are no recognized media other than the state ones, despite the fact that in recent years independent publications have appeared that offer a broader vision of the country.

Its content is taken as a reference to know the official position of Cuba on a subject.

Cuba and Colombia are going through a delicate moment today in their bilateral relations, after the sweet moment that was the signing in 2016 of a historic peace agreement between Bogotá and the FARC guerrilla, created during four years of peace talks held in La Havana.

ELN guerrillas who remain on the island have repeatedly asked for a return to the negotiating table.

If they do not follow the peace process, they demand that Bogotá guarantee the agreed conditions and allow them to return safely to the camps, the chief negotiator of the insurgents, Pablo Beltrán, recently told Efe. 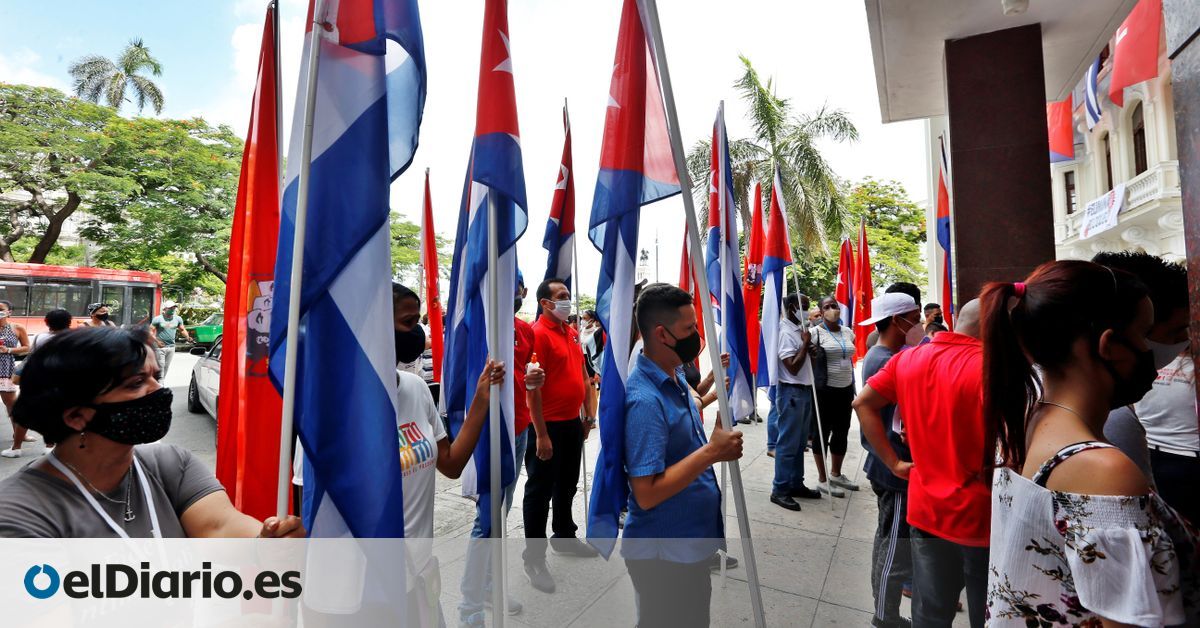 One Killed In Anti-government Protests In Cuba