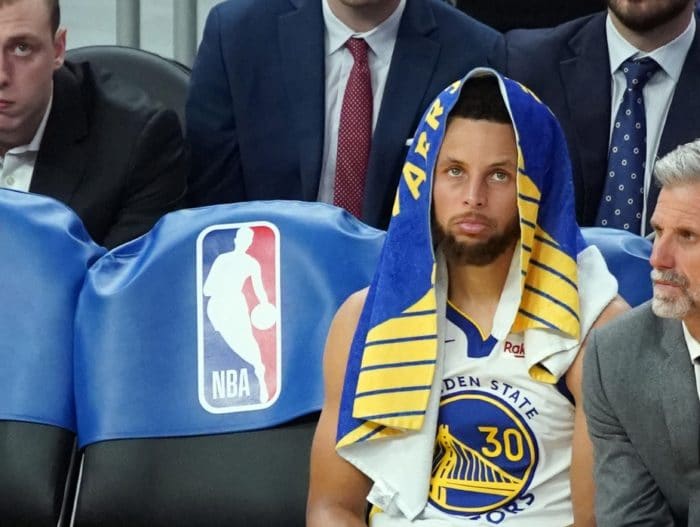 The day was also marked by the injury of Stephen Curry, the Golden State Warriors, who broke his left hand and was the last major casualty suffered by the team, which also lost to the Suns by 110-121.

Within the individual game, guard James Harden shined with 59 points that helped the Houston Rockets take the win in their first game outside their field.

Embiid led the attack with 19 points and starred in a fight with Dominican center Karl-Anthony Towns, in the Sixers victory 117-95 over the Minnesota Timberwolves.

The Sixers (4-0) remain without knowing the defeat so far this season.

The Sixers led 75-55 in the third quarter when Embiid and Towns were intertwined in a fight. The two players have a history of animosity between them.

After they accidentally tangled their arms under the basket, Embiid pushed Towns, who responded with a blow that failed and they both fell to the ground.

Australian baseman Ben Simmons intervened and restrained Towns with force, while other players and coaches ran to the field to separate everyone. Embiid and Towns were expelled.

In San Francisco, Devin Booker scored 31 points for the Phoenix Suns, who surpassed the Golden State Warriors 110-121, who also lost their star Stephen Curry, who broke his left hand.

Eight and a half minutes from the end of the third quarter, with the Suns in a clear advantage of 83-54, Curry made an entry on the left and attacked the basket between forward Kelly Oubre Jr, who followed him, and the Australian center Aron Baynes , who was waiting for him standing in the area. Curry jumped between them and the contact made him fall headlong; He rested his hands and at that moment Baynes came over his left arm, on his back, which crushed his hand.

Curry, who finished with nine points, winced, gripping his fingers and then walked to the locker room. A CT scan will determine if you need surgery, the Warriors said.

Harden, who scored 18 of 32 field shots, scored 59 points, including two free throws with two seconds left to finish regulation time, and the Rockets (3-1) defeated visitors from 158-159 to the Washington Wizards.

The MVP guard of the Rockets contributed 38 points in the second half of the game, with 21 in the third quarter and 17 in the last.

The 317 points combined is the highest score that a league match is given and in the end it is decided by only one difference and the Wizards tied the mark of so many scored in a match they lost.

The Denver Nuggets also scored 158 points in the loss they suffered against the Warriors on November 2, 1990.

Power forward Pascal Siakam scored 30 points, including 19 in the third quarter, and baseman Kyle Lowry contributed 20 in the triumph of the Toronto Raptors, who won the Detroit Pistons 125-113.

The defending champions, the Raptors (4-1), added their fourth victory in five games at the start of the season.

Base Mike Conley contributed 29 points -18 in the third quarter- and the Utah Jazz (4-1) beat the Los Angeles Clippers 110-96, who lost for the second time with star forward Kawhi Leonard.

Another base that changed teams like Conley, Kemba Walker, contributed 32 points as the lead scorer for the Boston Celtics, which beat the Milwaukee Bucks 116-105.

The Celtics improved their start-of-season mark to 3-1, while forward Gordon Hayward contributed double-double of 21 points and 10 rebounds.

Damian Lillard base had a double-double of 23 points and 13 assists and led the Portland Trail Blazers to beat visitors to the Oklahoma City Thunder 99-102.

In a postseason rematch game of the first round last year between both teams, a triple by Lillard gave the Trail Blazers victory in the fifth game and won the series.

Lithuanian power forward Domantas Sabonis scored 29 points with the Indiana Pacers, who earned their first victory of the season by beating the Brooklyn Nets 108-118.

For the Magic, victory allows them to put their mark with equal numbers of 2-2 at the start of the new season.