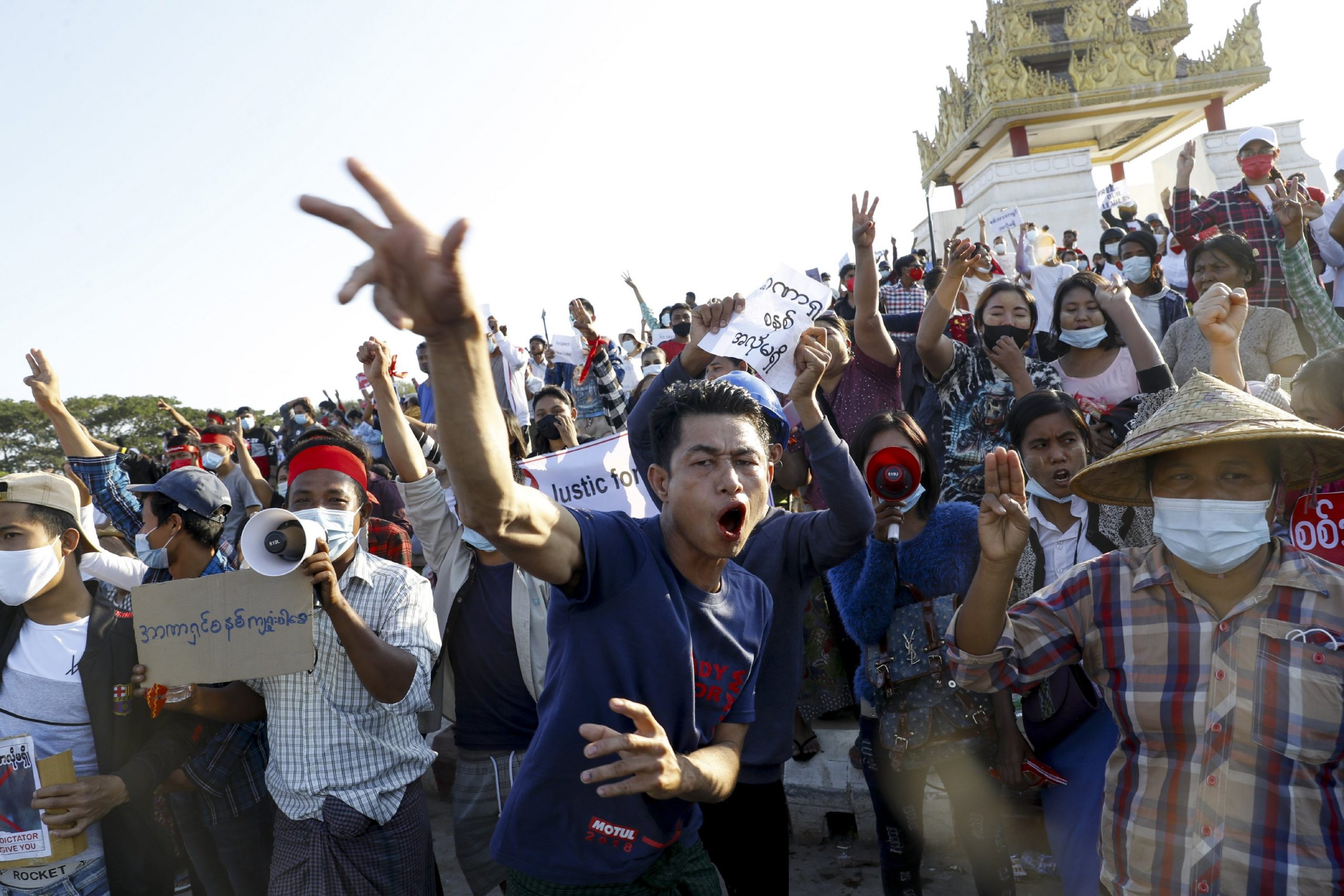 LONDON (AP) – When generals in Myanmar staged a coup last week, they briefly cut the internet connection in an apparent attempt to curb the protests. In Uganda, users were unable to access Facebook, Twitter and other social media for weeks after the elections. And it has been months since people can surf the internet in the Tigray region of northern Ethiopia, mired in armed conflict.

Around the world, cutting off internet access has become an increasingly popular tactic of repressive and authoritarian regimes, and some unsafe democracies. Digital rights groups point out that governments use these measures to stifle dissent, silence opposition or cover up human rights abuses, imposing worrying restrictions on freedom of expression.

Regimes often cut off internet access in response to protests or civil unrest, especially during election periods, in an attempt to stay in power by restricting the flow of information, according to the researchers. It is the digital equivalent of taking control of local radio and television networks, which was part of the manual of despots and rebels.

“For years, internet outages have not been reported or misreported,” said Alp Toker, founder of internet monitoring organization Netblocks. The world is “beginning to realize what is happening” as projects grow that, like yours, make efforts to document it.

Last year there were 93 major internet outages in 21 countries, according to a report by Top10VPN, a UK-based digital privacy and security research group. The list does not include places like China and North Korea, where the government tightly controls or restricts internet connections. The restrictions can range from total blocks to access cuts to specific social platforms or sudden reductions in connection speed, the report said.

These measures have political, economic and humanitarian costs, experts warned. Its effects are exacerbated by the COVID-19 quarantines, which have pushed activities such as teaching into cyberspace.

They also reflect a broader struggle for control of the internet. In the West, efforts to control social media have raised competing concerns about restrictions on freedom of expression and how to limit harmful information. Authoritarian regimes sometimes use the latter argument to justify their measures.

In Myanmar, internet access was cut off for about 24 hours last weekend in an apparent attempt to cut off protests against the army’s takeover and the arrest of leader Aung San Suu Kyi and her allies. By Sunday afternoon, netizens said internet access from their cellphones had suddenly been restored.

Norway’s Telenor ASA, which runs one of the main cell phone operators in Myanmar, said the communications ministry had cited “fake news circulation, nation stability and public interest” by ordering the operators to disconnect their networks in a way. temporary.

Telenor said it had to comply with local laws. “We deeply regret the impact the cut has on people in Myanmar,” the company said.

In Belarus, internet access was cut off for 61 hours after the presidential elections on January 9, in the first European internet blackout. The service was cut off after official results gave authoritarian President Alexander Lukashenko the winner, although the vote was widely viewed as rigged and sparked huge protests. Access remained unstable for months, especially during the weekend protests.

The risk is that the usual outages will normalize, Toker said.

“You get a slightly ‘Pavlovian’ response in which both the public in the country and the international community are desensitized to these cuts,” he said, describing it as “the greatest risk to our collective freedom in the digital age.”

Internet outages are also common in democratic India, where Prime Minister Narendra Modi is increasingly using them against his political opposition. His Hindu nationalist government has ordered hundreds of regional courts, according to a monitoring site.

Most were in disputed Kashmir, which went 18 months without high-speed mobile internet, until last week. But they have also been used with anti-government protests, such as the huge farmer brands that have shaken the Modi government.

“It used to be authoritarian governments that did this, but we’re seeing the practice becoming more common in democracies like India,” said Darrell West, vice president for governance studies at the Brookings Institution, who has studied internet outages.

“The risk is that once a democracy does it, others will be tempted to do the same. It could start locally to manage protests, but then expand further.