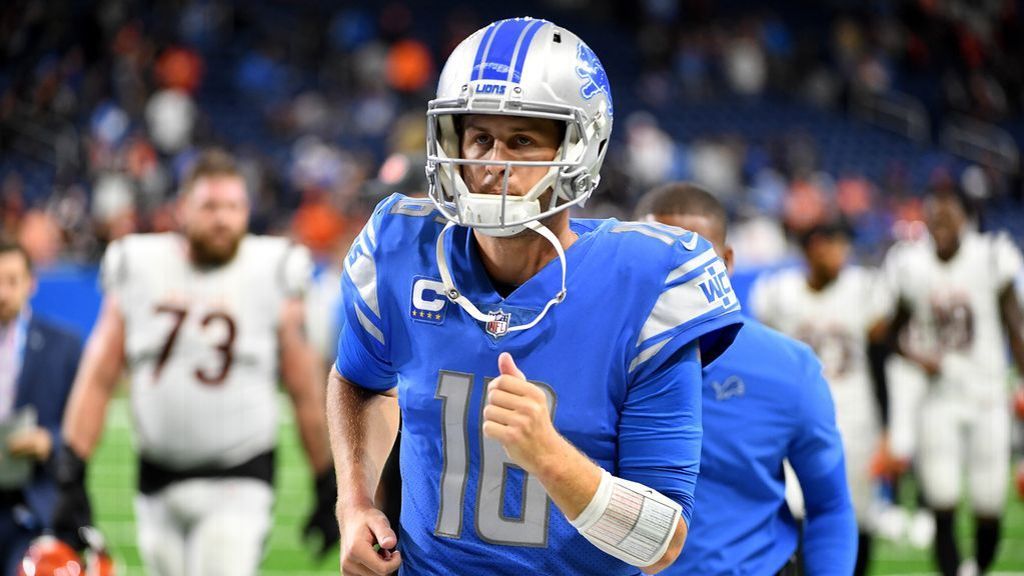 An emotional Dan Campbell shed tears after last week’s heartbreaking loss in Minnesota but, this Sunday in Detroit, the Lions coach year was visibly upset when they fell at home to Cincinnati, 34-11.

Detroit’s energy and effort is what bothered him the most, as they were never in a position to win. Campbell also issued a challenge to his starting quarterback Jared Goff.

“I feel like you have to take a step further than you have and I think you need to help us, like everyone else. You will need to put a little weight on your shoulders here and it’s time to step up, do something. Throw and He does some things, but he needs help, “Campbell said.

Goff completed 28 of 42 passes for 202 yards with no touchdowns and an interception. There were slight boos coming from Lions fans inside Ford Field, directed at Goff and the offense as they were shut out for three quarters.

“I feel your frustration,” Goff said. “These fans here deserve a lot better than what we’ve been giving them. It’s our job to do that and there are frustrated people everywhere right now.”

The Lions are the last winless team in the league. It’s their first 0-6 start since the infamous 2008 season, when they finished 0-16. With the Jacksonville Jaguars winning this Sunday, Detroit now has the longest active losing streak in the NFL at 10 games since last season. They are desperately looking for a win and are willing to make the necessary changes to do so, including reshuffling the roster.

“This is a fierce league. It happens all over the league, whatever happens. Players are traded, eliminated and benched,” Lions linebacker Alex Anzalone said. “That’s up to the top, Lions executive vice president and general manager Brad Holmes and Dan to make those decisions.

“All you can do is focus on yourself, look in the mirror and improve every day,” he added. “As a team, we don’t hear outside noise. Whoever we go out onto the pitch with is who we’re fighting and that’s what we’re going to do.”

“Up and down” is the rating that Goff offered himself when describing his game in six games.

“There have been good things, bad things, things to work on,” Goff said. “It’s always like this when you look at yourself and when you are critical of yourself. Like I said, everyone has their things that they are working on and I am no different.”

Entering next week’s game against former Lions star Matthew Stafford and the fiery Los Angeles Rams, Campbell says he will look in the mirror to make changes, however those changes will not involve benching Goff. less for now.

“No. That doesn’t mean something will never happen,” Campbell said of considering a quarterback trade. “I’m going to look at everything, but, look, this was an offensive collective effort. You can’t blame one person there. I know maybe you think it’s easy to just throw it away and for me to blame myself, but look, they heard a lot of me there, but the bottom line is the truth. I did not help them prepare for this game properly nor did I help our coaches to help them prepare properly, “he concluded.