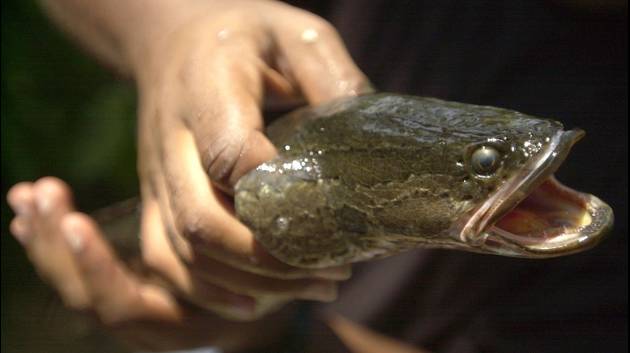 The Wildlife Resources Division of the Georgia Department of Natural Resources reported for the first time the discovery in that southeastern state of the country of a kind of invasive fish that can breathe out of the water and survive on land for long periods of time.

The authorities indicated that the fish is commonly known as ‘snakehead’ and have asked anyone who has contact with the species to kill it immediately because of its high destuctive power of the local habitat.

The finding was reported by a fisherman, who caught the fish in a pond in Gwinnett County.

“Thanks to a fisherman’s quick report, our staff was able to investigate and confirm the presence of this species in this body of water,” said Matt Thomas, head of fisheries for the Division of Wildlife Resources.

Through a statement it was reported that the authorities have taken measures to determine if they have spread from this body of water and, if so, prevent it from spreading to other water sources in Georgia, especially rivers, where its propagation power is even bigger and more destructive.

Although this is the first time the species has been seen in Georgia, snake heads have been reported in 14 states across the country.

This kind of fish is long and thin, has a dark brown spotted appearance and can measure up to three feet long.

Being an invasive species affects native species by competing for food and habitat. In Georgia, it is illegal to own one without a valid wild animal license.