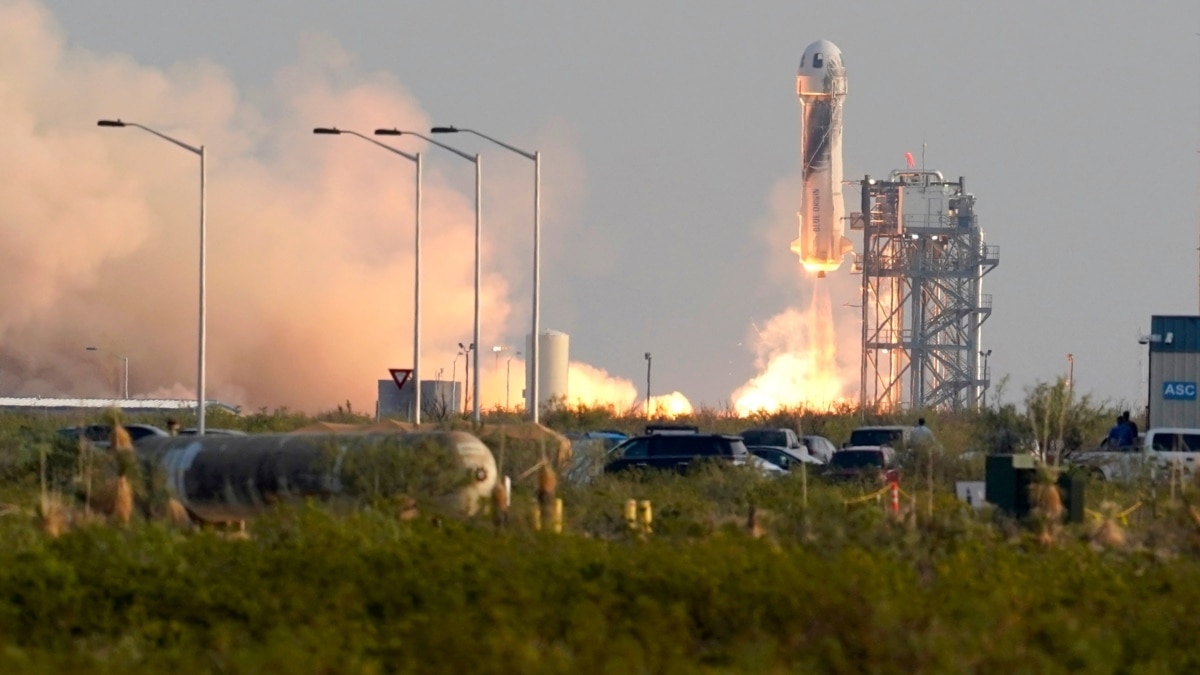 After two successful manned flights, the Blue Origin company led by Jeff Bezos is ready for its third passenger takeoff on December 9. The 19th flight of the New Shepard spacecraft will have six passengers, including Laura Shepard Churchley, the eldest daughter of Alan Shepard, who was the first American to fly into space, and Michael Strahan, the co-host of the network’s Good Morning America program. from ABC television. Shepard became the fifth man to walk on the moon as the commander of the Apollo 14 mission in 1971, by hitting a golf ball on the lunar surface. His daughter Laura, now 74, serves as chair of the Board of Trustees for the Astronaut Scholarship Foundation, which raises funds and provides tutoring for college students and STEM academics. “It’s kind of funny for me to say that an original Shepard will fly in the New Shepard,” Churchley said in a video tweeted by Blue Origin. “I am very excited to take a Blue Origin flight. “I am very proud of my father’s legacy,” she added. “He was the first American in space and the fifth man on the moon and, so far, he has been the only man to play golf on the moon. I think he would say the same as my children: go ahead, Laura ”. FILE – Michael Strahan before an NFL game between the San Francisco 49ers and the Green Bay Packers in Santa Clara, California on January 19, 2020. Strahan, former professional soccer player and co-host of “Good Morning America” , will become the first representative of a news organization to fly into space and the second NFL veteran after retired NASA astronaut Leland Melvin. All six crew members will be aboard a New Shepard capsule on December 9 at the Blue Origin launch site near remote Van Horn, Texas. It will be New Shepard’s third crewed flight, the company’s sixth flight this year and its first with a full complement of six crew members. Connect with the ! Subscribe to our YouTube channel and activate notifications, or follow us on social networks: Facebook, Twitter