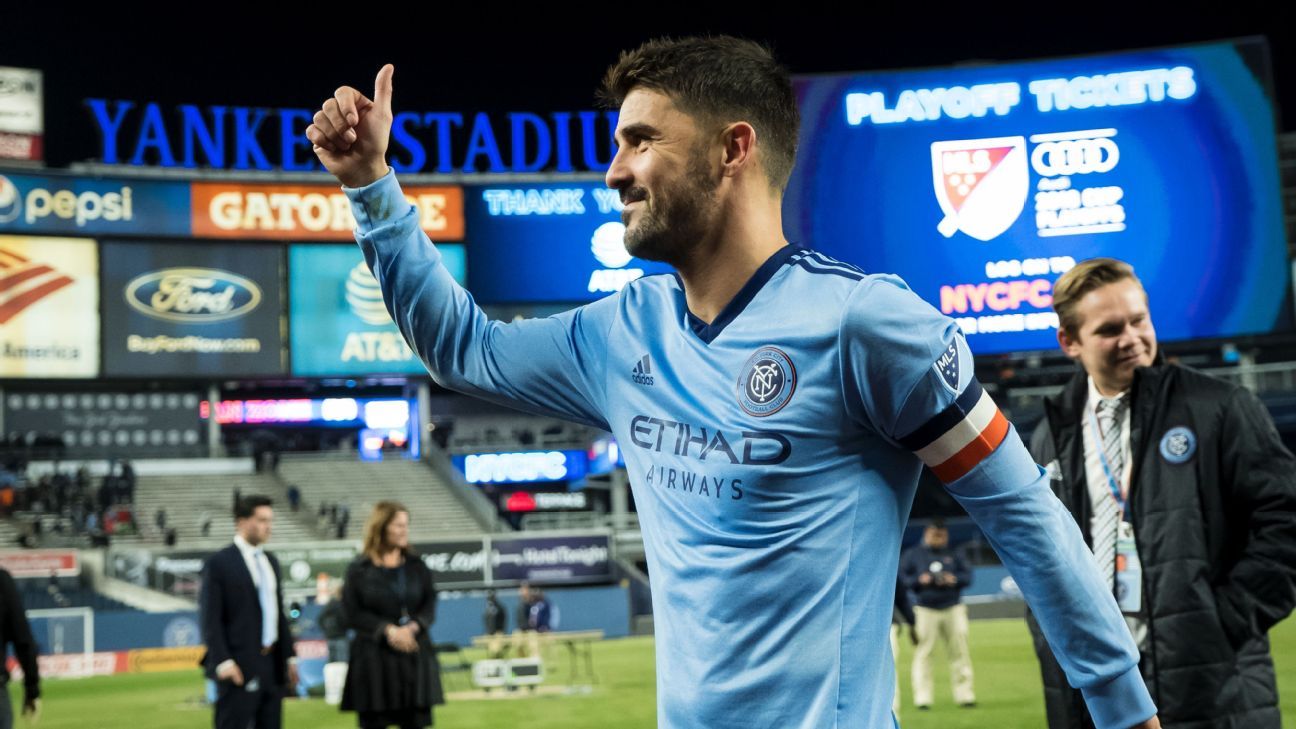 GIJÓN – The former Spanish soccer player David Villa said this Thursday in Gijón that the accusations of harassment made against him on Twitter by a former worker of the New York City FC team, in which the Spanish soccer player played during his time in Major League Soccer, and he is confident that “it will be cleared up soon and the truth can be told.”

David Villa, in a match with New York City FC in 2018 Getty Images

“They are totally false. It does not enter my head that someone might think something like that about me. I have a history in different clubs and in the Spanish team where I have worked with more than 1,000 players, auxiliaries, employees, club workers, Many women with whom I have shared work and no one has ever had a complaint from me and I have never had a complaint from anyone in any country, “the highest historical scorer of the Spanish team told the EFE agency.

A piece of news that, he says, shocked him: “I found out here in Asturias with my family. For almost two years that I left the discipline of New York City I have not spoken to anyone there and this Sunday, when I was on the beach, I I saw on social networks. Yesterday or the day before is when some means of communication began to be echoed. “

Villa feels in a ‘shock’ state: “I can’t believe that such a false accusation begins to spread and grow bigger and bigger so quickly. You feel a little helpless in this situation,” he said.

The former Asturian player, however, is calm as he maintains the falsity of the accusations made by the complainant, identified as Skyler Badillo on his Twitter account, who accused the Asturian player of harassment during the stage in which he played in the league American -from July 2014 to January 2019-.

“We are sad because of the situation we are experiencing. I think that we do not deserve it at all, it is something that is beyond our control and that it is incredible that it is happening to us; it seems like a nightmare. On the other hand, we are calm, I have not done nothing and I have a very clear conscience “, he assured.

“I want all this to be over soon and clear up; I was in New York City for four years, I helped grow the club from scratch, working with great professionals who have shown their love for me, both players, workers, office employees? All I have lived with and I hope this ends as soon as possible because it is difficult for us, “he continued.

Villa welcomes New York City’s decision to open an investigation as he believes it will help to clarify the situation: “The club has, of course, all my help to clarify all the facts; you can call me whenever you want and I’ll to tell them the same thing I’m telling you, which is totally false. “

“I have never done anything wrong to that person,” he continued, “nor have I seen anyone in the club environment ever do anything wrong to them, so all those areas of, let’s say, the locker room, physio room, gyms, the field? We shared a lot of players and staff members and I trust that everything will be clarified soon and the truth can be told.

Finally, the former soccer player highlighted the problem of bullying: “I think bullying is something very difficult and very important that we live in society and that is why everything bothers me a lot,” he concluded.