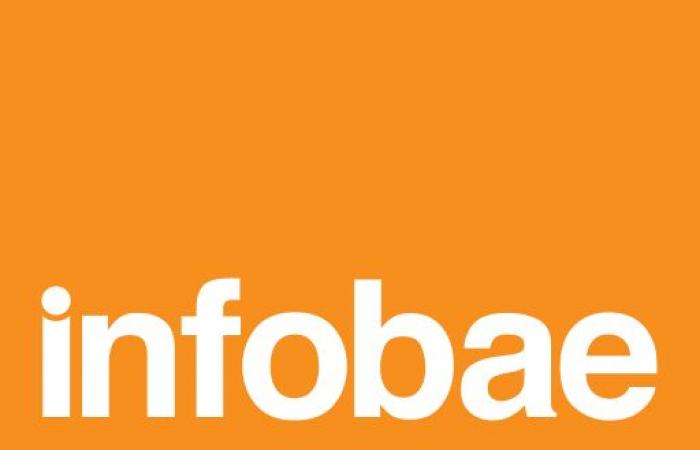 In perhaps one of the most surprising results in the recent history of the tennis Davis Cup, Argentine Diego Schwartzman succumbed on Saturday to an opponent with no professional ranking and no activity on the circuit.

The surprises did not end there. Chile was eliminated 3-1 in their visit to Slovakia.

Schwartzman, a former Top 10 who is currently number 15 in the world, fell without mitigating 6-4, 6-3 to Daniil Ostapenkov, an 18-year-old Belarusian, when he opened the playoff series for the World Group of the tournament in Buenos Aires. of Equipements.

“I didn’t do anything right,” Schwartzman said. “I can’t find excuses because there aren’t.”

The closest to an official antecedent for Ostapenkov had been in another Davis engagement, when he suffered a loss to Germany’s Dominik Koepfer in March 2020.

In terms of rankings, the series on the clay surface of the Buenos Aires Lawn Tennis Club is very uneven. The hosts managed to equalize the crossing 1-1 after the victory of Guido Pella (82 world) by 6-1, 6-2 against Erik Arutiunian, 16 years old and another player without a figure in the ATP ranks.

At least Argentina managed to balance the series. Chile was left without hope in Bratislava.

Cristian Garín, 17th in the world rankings, was overwhelmed in just 50 minutes, in which he won only one game.

Norbert Gombos, almost 100 places down the ladder, won 6-0, 6-1. He had also beaten Nicolás Jarry on Friday on the indoor hard court. Thus, Slovakia advanced to the qualifying round for the third time in a row.

The day before, Garín had given his country a promising start, by prevailing over Alex Molcan.

“Yesterday I played very well and today, emotionally, it was one of my worst games,” acknowledged the 25-year-old. “My opponent has played incredible, but I never imagined that I could play like this.”

Earlier, Slovakia had taken the lead in the series, thanks to the victory of Filip Posalek and Igor Zelenay in the doubles, over Tomás Barrios and Alejandro Tabilo, 6-1, 7-6 (4).

“I feel bad, we had two good chances in the second set and we didn’t take advantage of them,” lamented Barrios.

Uruguay did not do well either, which at the last minute had to resign itself to playing without Pablo Cuevas.

Then Tallon Griekspoor beat Martin Cuevas 6-4, 7-6 (6), whose brother Pablo has not been able to recover from a knee ailment.

Instead, Bolivia came close to hitting it. They took a 2-0 lead in Asuncion over Belgium.

Chile, the fifth seed, was not the only one to drop surprisingly in Europe. It also happened to India (6th) and Uzbekistan (7th).

India, already 2-0 behind Finland in Espoo, was left out after the doubles. Henri Kontinen and Harri Heliovaara, who once made up the best duo in the world, defeated Rohan Bopanna and Ramkumar Ramanathan, 7-6 (2), 7-6 (2).

Norway lost in the doubles to Uzbekistan in Oslo. But Tenth-ranked Casper Ruud secured the series by comfortably winning over Sanjay Fayziev, world number 567.

In addition, South Korean Soonwoo Kwon secured a 3-1 victory over New Zealand on the Hall of Fame turf in Rhode Island.

In addition to the Argentina series, there were others that started on Saturday.

Brazil had a 2-0 lead against Lebanon in Yunie.

Only the eight best ranked teams, out of the 12 winners, will participate in the 2022 qualifiers, seeking to sneak into the Final between 16 countries.

The other four will play World Group I knockout matches in November. The two winners will go to the 2022 qualifying phase.