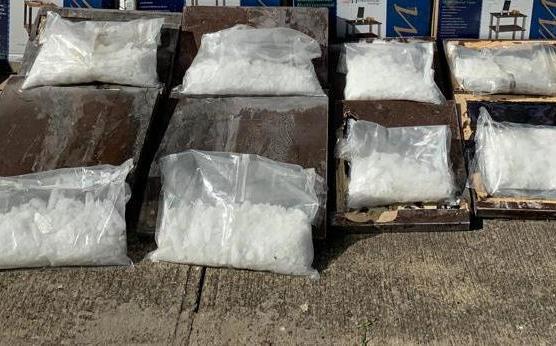 The United States Drug Control Agency (DEA) will intensify in 2020 its efforts to attack drug cartel operations at five critical points along the Mexican border, according to the budget of The agency for next year.

The areas of high intensity in drug trafficking (HIDTA), identified as the border red dots for drug trafficking, in which the DEA will concentrate resources are, Arizona, New Mexico, San Diego and Texas (divided into two parts, south and east).

The borders of Arizona and New Mexico are controlled by the Sinaloa and Juárez cartel, respectively.

For its part, on the Texas border, divided into two parts, south and east, with 15 and 12 counties respectively, activity associated with the Gulf Cartel and Los Zetas has been detected.

“Despite the low population in some areas, the region greatly influences drug trafficking and national availability. Gang activity associated with the Gulf cartel, Los Zetas and other drug and cartel trafficking organizations continues to be a threat in the area, ”reads the document of which MILENIO keeps a copy.

Another of the border HIDTAs mentioned in the document is that corresponding to the San Diego and Imperial zones in southern California, adjacent to the Mexican cities of Tijuana and Mexicali, respectively.

The DEA considers these places as "national centers for the distribution of illicit drugs that enter the United States from Mexico, Central America and South America, including heroin, cocaine, methamphetamine and marijuana."

In the New Mexico area, the DEA warns that the authorities face an inhospitable place that it defines as "a mixture of farmland and mountainous terrain" where there is a "limited presence of law enforcement."

In addition to the lack of interoperability of radio frequencies between agencies, they make the area "vulnerable to exploitation by organizations engaged in drug trafficking on both sides of the border."

Additionally, in the area, the DEA works jointly with the tribal police departments of the Native American lands, such as the Navajos and the Apaches.

But not all red dots for drug trafficking in US territory are on the border with Mexico. There are 29 HIDTA throughout the United States, including areas as remote as Alaska and Hawaii.

In Alaska, for example, according to the DEA, the consumption of heroin and methamphetamine has been increasing, after the cartels have begun using mules to smuggle drug shipments, taking advantage of the zero police presence.

Just as the vehicles and passengers, who travel there by ferry are not routinely inspected, "allowing drug traffickers and smugglers to exploit the region practically undetected."

For the next fiscal year, a budget of $ 254 million is proposed for the HIDTA program, with 29 regions, which coordinates the agency and includes other police corporations of the three levels of government. The figure represents 8.5% of the total budget of the DEA for next year that is planned at 2,976 million dollars. _