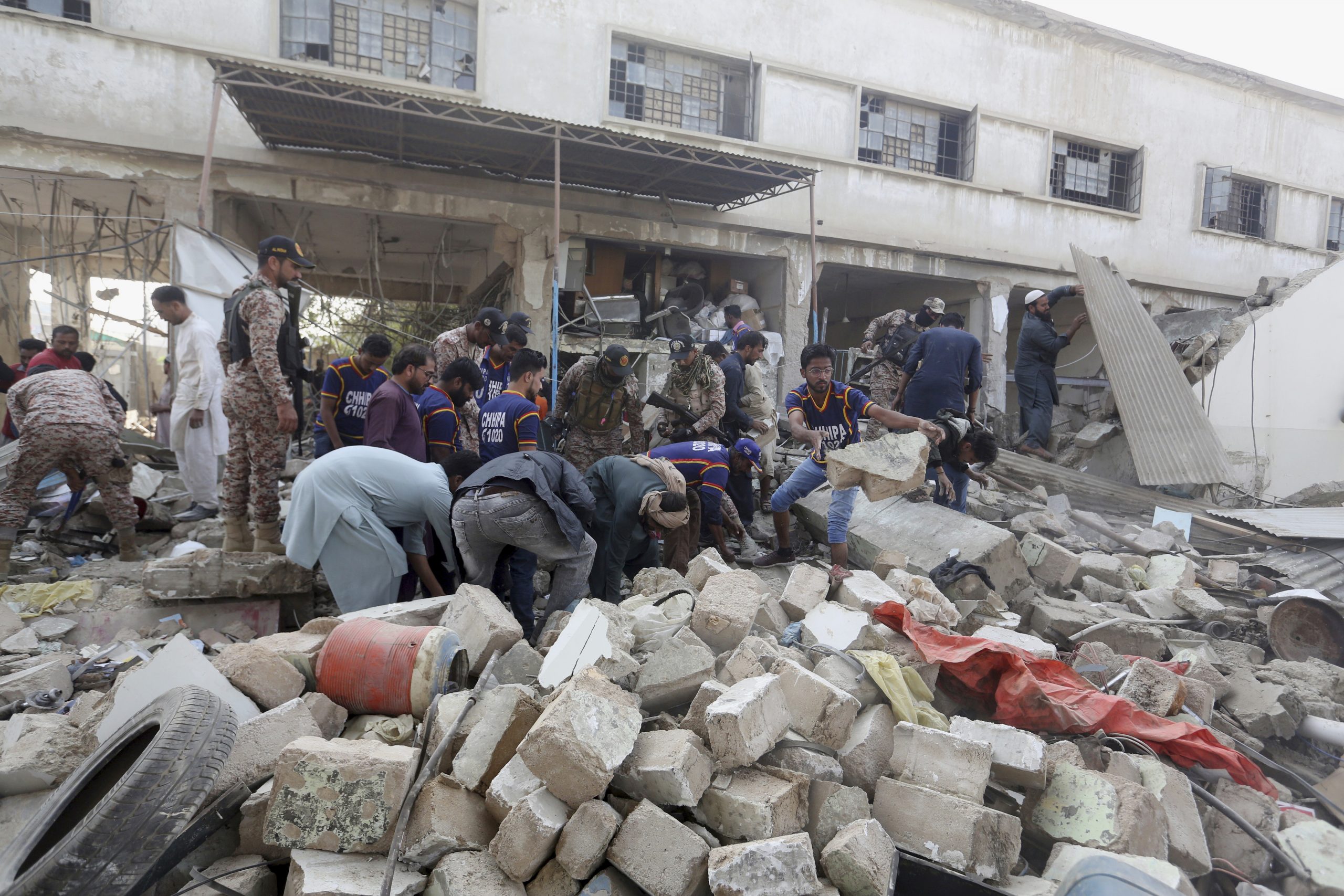 KARACHI, Pakistan (AP) – The death toll from a gas explosion in a sewer system in Pakistan rose to 17 after several of the injured died overnight, police said.

Initially, 12 deaths and 11 injuries were reported in the blast in Karachi on Saturday.

Police officer Sarfaraz Nawaz Shaikh indicated that the event was reportedly due to human error and construction failures. The number of injured rose to 16, he added.

The blast destroyed the HBL bank building, built just above the drain. That building was among several that were ordered to evacuate for violating building regulations, according to Mukhtar Abro, a local administrator. The structures will be demolished in the coming weeks, he added.

Many drainage canals in the city have buildings on top, sometimes illegally constructed.

Also on Sunday, a bomb exploded by a vehicle on a road killing two and wounding three in northwestern Pakistan.

Police officer Abdus Samad reported that the vehicle was destroyed in the blast, in Khyber Pakhtunkhwa province, near the border with Afghanistan. The police launched an operation to search for those responsible. So far no one has claimed responsibility.

In that same province on Sunday, two people were killed and six injured when an armed group opened fire in the Karak district. The incident occurred at a voting center in the middle of local elections, police officer Akbar Khan said.