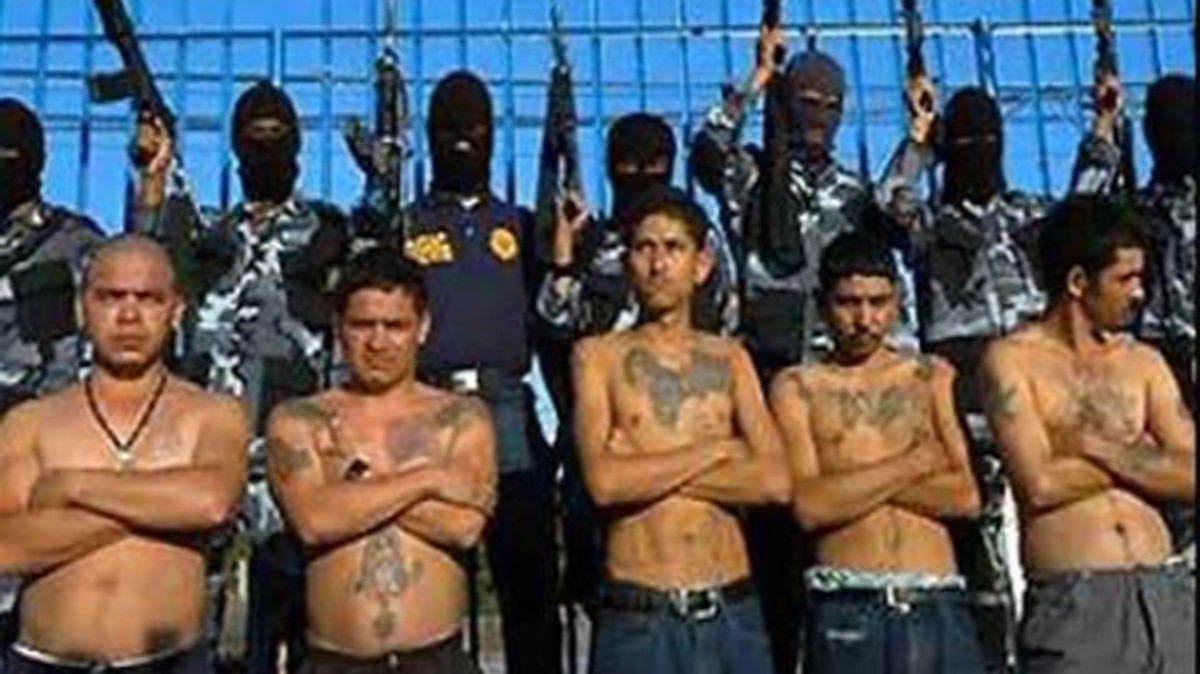 A new trial has connected the Mara Salvatrucha (MS-13) with the drug cartels of Mexico and Guatemala. This is the legal process faced by 426 suspected gang members in El Salvador.

This Thursday, the alleged leader of the Salvadoran gang, identified as “Noah,” said it sought alliances with the cartels to traffic narcotics and weapons throughout the three countries. According to his testimony, the structure established business with the “tentacles of the Z”, without the source clarifying whether it is the cartel known as “Los Zetas”.

He added that the Salvadoran gang trafficked between 200 and 400 kilograms of marijuana, valued at up to USD 500 per kilogram; and received from Honduras 9 kilograms of cocaine for USD 112,500.

“Noah,” who in exchange for his story will not be charged with any charges, said members of the Mara Salvatrucha were sent to Guatemala and Mexico to “grow the gang more” and establish contact with organized crime in those countries.

His testimony confirms what, for years, different security agencies have warned: that there is a link between both criminal gangs.

In 2012, the former Attorney General’s Office (PGR) said that the extreme violence used by Mexican cartels, which included beheadings and dismemberments, had been a technique of intimidation learned from the rescue gangs.

Agency investigations showed in that year that Los Zetas and the Beltrán Leyva brothers had received training from the Mara Salvatrucha and that they had generated alliances to carry out drug transfers from Central America to the United States. In this way, the extreme violence exerted by the cartels would have been part of the training of the MS-13.

Decapitation, according to the PGR in that year, was a method of intimidation with a triple objective: to intimidate their opponents, confirm their presence in the place, and gain positions within the criminal organization.

In parallel, the Associated Press agency published in 2012 an investigation that pointed out how Los Zetas recruited members of this gang to train them in paramilitary camps. Its objective: that the Maras generate chaos in the city of Guatemala to distract the authorities and ensure control of the routes for drug trafficking.

Throughout these years, a series of reports have ratified the idea that both criminal groups work collaboratively. In 2018, the Drug Control Administration (DEA) explained that the Sinaloa Cartel, the Gulf Cartel, Los Zetas and the Michoacan Family had links with the MS-13.

Despite these links and multiple attempts to enter the drug trafficking business, the MS-13 has not been able to strengthen a position in the international market in this sector.

An InSight Crime investigation published in 2018 revealed that in 2000, a Mara chief named Nelson Comandari tried to use the gang’s national criminal infrastructure to create a narcotics distribution network, taking advantage of the “strong links” with the Mexican mafia. The investigation itself revealed that despite multiple attempts, the gang has failed to become a cartel because “it is more a social club than a lucrative criminal enterprise.”

The 426 people captured in February 2018 during “Operation Cuscatlán” face one of the biggest trials that have been carried out in El Salvador. Most of them face charges of aggravated homicide, terrorist organizations and illicit groups.

One of the first witnesses in this trial was “Noah,” who linked Wednesday the current mayor of the Salvadoran capital, Ernesto Muyshondt, with the purchase of votes to the gangs in the 2015 municipal and legislative elections.

“Noah,” said the politician of the Nationalist Republican Alliance (Arena) gave him USD 69 thousand “in exchange for votes.”

The witness also noted that the gang received money from the Farabundo Martí National Liberation Front (FMLN) for the 2014 elections in which former President Salvador Sánchez Cerén won.

This is the second time that Arena and FMLN are singled out in a trial to deliver money to the Maras in exchange for the purchase of votes.

In August 2017, a witness identified only as “Nalo de Las Palmas” declared, during a trial against the operators of a controversial truce between the gangs between 2012 and 2014, that the two main political parties of El Salvador paid USD 350 thousand .