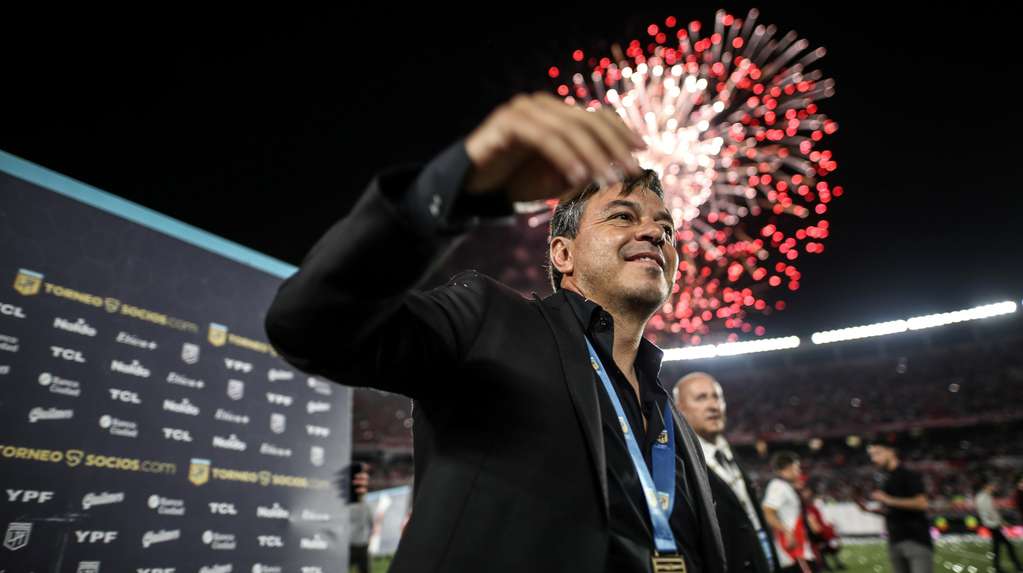 BUENOS AIRES (AP) – In an attractive and changing match, Defensa y Justicia defeated River Plate 3-2 at the Monumental for the 24th round of the Argentine Soccer Professional League.

Enzo Fernández at nine minutes scored the first goal from River Plate. Walter Bou and Miguel Merentiel reversed the score for the visitors at 62 and 71. Braian Romero tied for Marcelo Gallardo’s team at 73. The winning goal for Beccacece’s team was made by Franco Paredes at 85.

Thus the undefeated millionaire of 18 games in the contest was cut.

The River Plate team found the first goal with a Milton Casco cross that Enzo Fernández headed with precision. River dominated, but failed to extend the score in the first half.

Defense turned the game around with two quick forays. First Walter Bou scored on a pass from Carlos Rotondi. Then Merentiel culminated a long run by Francisco Pizzini.

The millionaires quickly achieved the tie. Braian Romero defined from the center of the area for the 2-2.

Leonardo Ponzio entered from the bench in his last match as a professional at the River Plate stadium.

Those in yellow and green did not settle for the tie. Paredes took advantage of a bad rejection and finished off from the right for the winning goal.

“The work pays off in the long run,” Bou said after the meeting. “The results we want are being achieved.”

Gimnasia and Estudiantes drew 4-4 in the La Plata forest in a match full of emotions that will remain in the history of these confrontations. Gustavo Del Prete opened the account for the visit (22 ′). Mariano Andújar stopped a penalty from Luis “Pulga” Rodríguez for the triperos (26 ′). Rodríguez himself equalized with a strong shot (30 ′). Rodríguez made it 2-1 with a subtle touch (33 ′). Nicolás Pasquini tied for Estudiantes with a great right hand (39 ′). And Brahian Alemán scored the 3-2 with a long left foot (43 ′).

In the second half, the “Pulga” Rodríguez widened the differences with another penalty (59 ′). Fabián Noguera discounted for the visitors with a violent shot (64 ′). The final draw was the work of Leandro Díaz with a touch from the floor (78 ′).

The punks have been undefeated in 15 games in the La Plata classic. The last derby won by Gimnasia was 3-1 at the Clausura 2010.

This point gave the classification to the Copa Libertadores de América 2022 to the rojiblanco club.

“We had a two-goal advantage. We could not bear it. There are things to correct, ”Rodríguez said. “You have to be calm. The team made a huge effort ”.

Independiente and San Lorenzo drew 1-1. Silvio Romero scored the goal for the Reds at 46. Néstor Ortigoza tied a penalty at 71 for the Catalans. Alexis Flores (San Lorenzo) committed a penalty and was sent off at 75. Sebastián Torrico deflected the shot from Romero’s 12 steps.

The Avellaneda club stadium changed its name and is also called Ricardo Enrique Bochini. Bochini himself played a friendly before the main match.