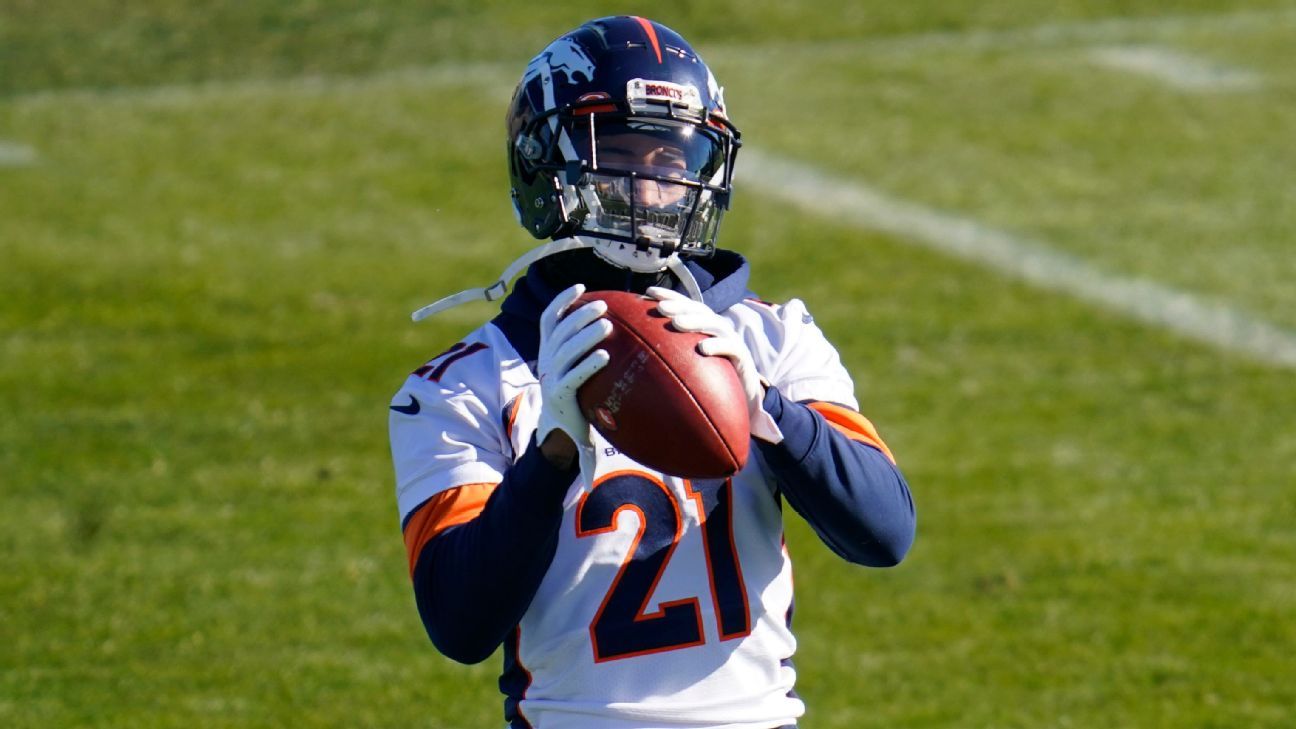 The move will release $ 11.7 million against the Broncos salary cap

The move is the first of several to be made at the position as the Broncos rebuild their roster after a season in which four cornerbacks, including Bryce Callahan, finished the year on injured reserve. Bouye also missed the final four games of 2020 due to a six-game suspension for violating the league’s banned substances policy.

The 29-year-old will remain suspended, for two games, for the start of the 2021 season.

The move will free up $ 11.7 million against the Broncos’ cap, and the team will now have just under $ 31 million of cap space as they begin working on their offseason plans.

George Paton, who was hired as the Broncos’ new general manager last month, had promised “tough decisions” regarding the futures of some players after meeting with the staffing and viewing staff, as well as the coaches. . Pending decisions include the optional years on the contracts of linebacker Von Miller and safety Kareem Jackson, and the short-term future of quarterback Drew Lock on the team’s offense.

The Broncos sent a fourth-round pick to the Jacksonville Jaguars last March for Bouye. At the time, the Broncos were hoping Bouye and Callahan would give them a veteran cornerback pair to help their defense in pursuit of the Kansas City Chiefs in the AFC West.

However, Bouye’s level of play was inconsistent, missing four games due to a shoulder injury and one more on concussion protocol, before being sidelined from the last four by suspension.

Vic Fangio said he was disappointed in the cornerback’s decisions that led to his suspension. Getty Images

He finished with 21 tackles without interceptions in seven appearances.

At the time of his suspension, head coach Vic Fangio said: “I was disappointed for him. Players have to make really good decisions with the people they trust with their careers and finances. Obviously something went wrong with the person he dealt with. And he trusted. It’s a disappointing situation for everyone. “

Bouye, an eight-year veteran, has 14 interceptions, 72 passes defended and 338 tackles in his career.