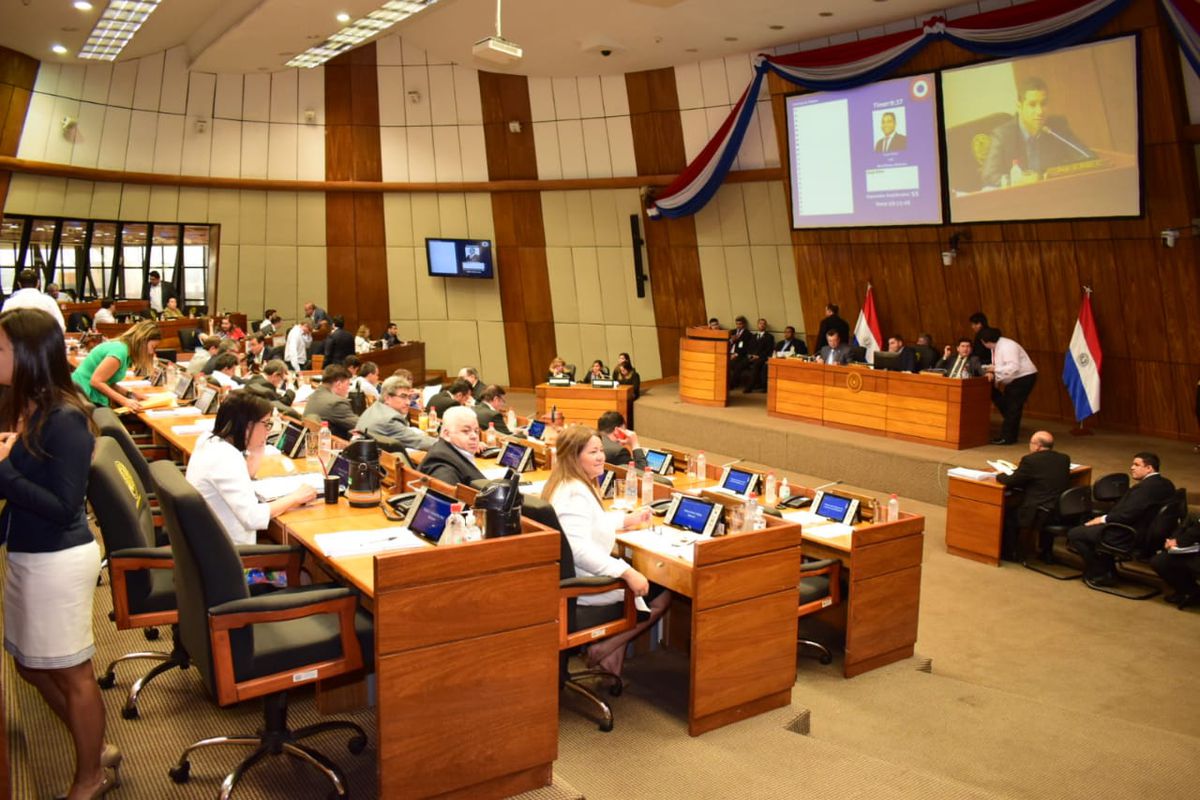 During an extraordinary session, the Chamber of Deputies approved with modifications the bill that authorizes the increase of the fiscal deficit cap to 2% of the Gross Domestic Product (GDP). With 28 votes in favor and 16 against, the document returns to the Senate for consideration.

Deputy Basilio “Bachi” Núñez said that the Honor Colorado bench would only approve raising the fiscal deficit ceiling up to 2%, a motion that was finally approved.

This increase will supposedly allow the government to continue with investments in infrastructure works. The extension proposed by the Executive is 3%, the deficit would be approximately US $ 1.2 billion.

Clearly, the ruling party strongly defended the increase in the fiscal deficit, claiming that the country's debt is not only from the Government of Mario Abdo, but that they have been dragging on previous mandates. In addition, they argued that with the development of works planned with this exception, it is gratifying for the general public who will benefit from extra income.

Remember that the Fiscal Responsibility Law establishes that the deficit can be up to 1.5%, but in exceptional cases the National Congress can approve up to 3% of overdraft.

Obviously the positions around this issue were disparate. Several opposition parties rejected this increase, blaming Abdo Benítez for not knowing how to manage the resources, which led to this economic slowdown that the country is going through.

In his speech the deputy Carlos Rejala said that he will not be complicit in what will happen and that Marito was not able to administer a country that is why we are as we are.

“It is the harsh reality of what our country is going through, according to data from the Ministry of Finance as of September 2019 -207 million dollars raised, in three months it is projected -96 million dollars and in the total of the year they will raise -303 million dollars "He questioned.

For his part, his colleague Carlos Núñez Salinas said that before this juncture special measures must be taken and this is one of the measures that must be taken, because there is much to talk about the economy regarding the history of the economy of Paraguay.

Sebastián García expressed his resounding rejection, from the Bank of Patria Querida. He indicated that this increase of the Deficit of 3% is far-fetched, especially considering that we are at the last month and a half of the year.

As the legislator, Edgar Acosta urgently questioned this message from the Executive and indicated that we have an irresponsible government, which grieves him for our Country, “that we have a president and a team that is not predictable with the public administration. Then this limit arises that we imposed ourselves, which tries to put a stop to this public expenditure. To feed this elephant that is the State. Now this pretext is used, to present this increase in the fiscal deficit, macro economic stability is used, "he said.

While Arnaldo Samaniego said that the Colorado Añetete bench is ratified in what was approved by the Senate and is in favor of raising the fiscal deficit from 1.5% to 3%.

The Deputy Celeste Amarilla voted for the rejection of the increase until the Government of a small sample and cut something in the public portfolios, suggesting that by sending a request for a cut "one."

“Debt data has passed less than half of the State institutions, which gives a sum of about US $ 617 million, which is due to different suppliers, and there are still reports to be submitted by more than half of the State entities. If from this we make an analysis of income and debts of Paraguay, there is a large deficit and the internal debt bicycles, ”he said.

The legislator Walter Harms regretted that this Government does not have a plan to face this lower collection, which means a greater fiscal deficit, which is caused simply by the bad administration in the rigid expense.

The request made by the Ministry of Finance is based on the economic situation of lower growth and its negative effect on tax collection.

Therefore, it is requested that the General Budget of the Nation (PGN) of this year have the exception of a ceiling of more than 1.5 percent, a measure contemplated in the Fiscal Responsibility Law (LRF).

According to the arguments of the Ministry of Finance, the request to raise the ceiling is due to the fall in income due to the economic slowdown. They also assured that the extended difference can only be used for financing infrastructure works, not for rigid expenses.