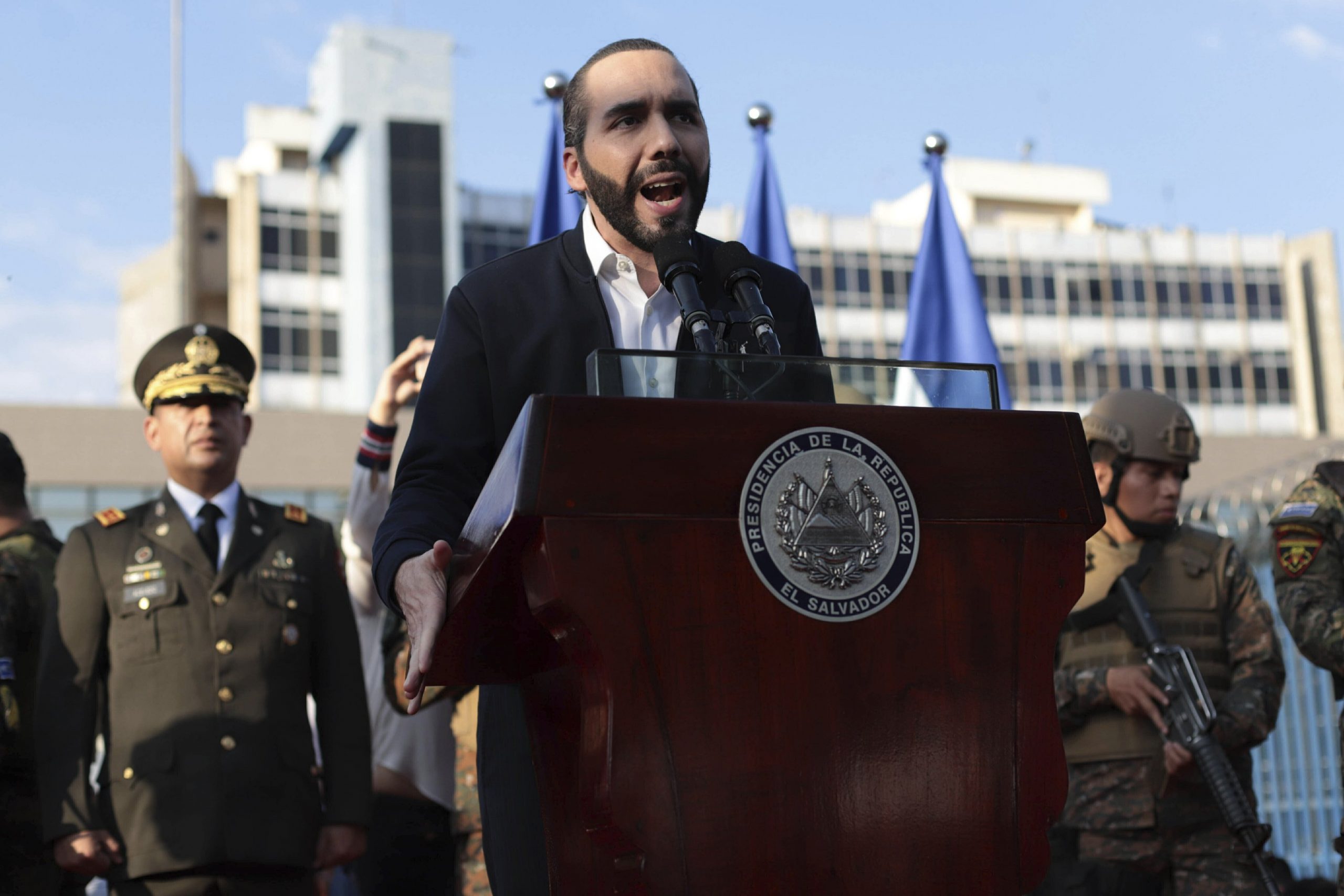 SAN SALVADOR (AP) – After voting for the Legislative Assembly to decide whether to initiate a constitutional process to assess the physical or mental incapacity of Salvadoran President Nayib Bukele and then remove him from office, the leaders of the main opposition parties assured on Wednesday that no They are thinking of removing the president.

“I don’t think I have a future. There are petitions that come in just to draw attention to you as the media, (and) he (the deputy who presented the proposal) achieved his goal. 99% are sensible deputies, ”the deputy president of the Unicameral Congress, Mario Ponce, told reporters. of the conservative National Concertation Party (PCN).

On Tuesday, Congressman Ricardo Velásquez Parker, from the right-wing Nationalist Republican Alliance (ARENA) party, asked the Assembly to initiate the process to assess Bukele’s physical or mental disability and then declare him incapable of governing. The petition was supported with the votes of deputies from ARENA, the former guerrilla Farabundo Martí National Liberation Front (FMLN), and the Christian Democratic Party (PDC). The three parties add 63 of the 84 votes and control all decisions of Congress.

The vote that the legislators carried out the day before was to process the petition for dismissal presented by Velásquez Parker and was sent to the political commission, where it must be evaluated if the request proceeds and if it goes to the plenary session for discussion.

The petition was described by Bukele as an attempt at a “parliamentary coup” and stated that now “they are backing down (backing down) when they see the gigantic popular outrage and that they backfired.” He indicated that the request for dismissal was seconded by a dozen deputies from the ARENA and FMLN parties, which was read in plenary session and verbally supported by others. He pointed out that the president of Congress gave him admission and “now they want to blame just one.”

“Nidia Díaz says that the FMLN would not support the coup d’état. But it was Nidia Díaz herself who signed the request yesterday, ”Bukele wrote on his Twitter account, where he also published the document in which the signatures of the deputies appear.

Díaz is a former guerrilla commander and current head of the FMLN parliamentary group. Although she did indeed sign, the deputy assured that her party “has not discussed the issue of the removal of the president at all.” He added that they consider that “the only way is through elections” and called on his supporters to go out and vote to generate a different election.

Ponce pointed out that Velásquez Parker did not consult the proposal with his own party and called it a “propaganda act.”

In a public statement, the Procurator for the Defense of Human Rights, Apolonio Tobar, rejected the attempt to remove the president and called for respecting the canons of the Constitutional and Democratic State of Law in El Salvador. He said that in the same way that at the time he rejected and condemned the militarization of the Legislative Palace that occurred on February 9, 2020, “this time I condemn and reject any unconstitutional or illegal action aimed at limiting the constitutional mandate exercised by the current president.”

For his part, deputy Carlos Reyes, head of the ARENA parliamentary group, told the press that “at this moment no removal of the President of the Republic is being considered, that must be made clear to the Salvadoran people.”

“That is an individual proposal from a deputy. We as a fraction are not seeking to remove the president. Right now what the country needs is stability, that we all work together ”, he added.

The mayor of San Salvador, Ernesto Muyshondth, from the ARENA party, joined in the criticism and described it as “spectacular nonsense, one of the worst political maneuvers in history. Our country has been trying to commemorate the anniversary of an attempted coup to the Legislative Branch, with an attempted coup against the Executive Branch ”.

During the plenary session on Tuesday called “To Defend the Constitutional State of Law and Democratic Institutionality”, three requests were presented against President Bukele: the first to activate Article 131 paragraph 20 of the Constitution so that with at least two thirds of the votes of the elected deputies (56) declare the physical or mental incapacity of the president, after the unanimous opinion of a commission of five doctors appointed by the Assembly; the second for a preliminary hearing and the third for dismissal from office. All the requests went to the political commission that will decide if they proceed.

On February 28, 5.3 million Salvadorans will go to the polls to elect 262 municipal councils, 84 deputies to the Legislative Assembly and 20 deputies to the Central American Parliament. Arena and the FMLN have ruled the country for the last 30 years, but according to all the polls, Bukele’s New Ideas party could win the majority of the mayoralties and would also take control of Congress.