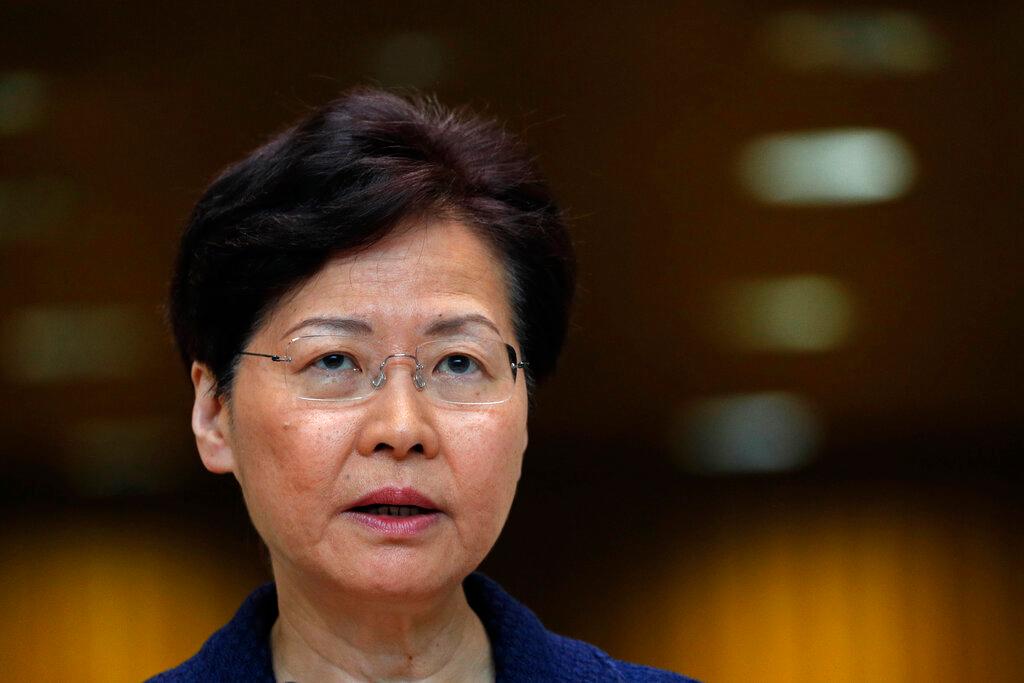 After its comfortable victory in the local elections, the pro-democratic movement in Hong Kong maintains the protests in the streets, while the Executive has pledged to create a 'review committee' that analyzes its causes, something insufficient for the protesters.

After the blow at the polls suffered by the official bloc, the head of the local Executive, Carrie Lam, announced on Tuesday the creation of that committee, but made no mention of the demands of the protests, which demand greater freedom, universal suffrage and an independent investigation into 'police brutality'.

Lam explained that this agency will be in charge of identifying the 'social, economic and political problems' of the Chinese city under special administration, although it conditioned it to the return of 'peace and calm' and did not self-criticize the election result.

'The opinions expressed are very diverse. Some said they do not tolerate violence in the streets and, of course, others feel that the Government has not managed it competently, 'Lam said in a press conference.

For its part, the pro-democratic movement took to the streets on Tuesday again in a peaceful manner to insist on their demands, as they did yesterday a few hours after learning of their victory at the polls, a declaration of intent to express that the protests will continue Until they feel heard.

'That committee announced by Lam does not imply providing solutions or meeting our demands. Nobody is going to take responsibility for the violence and the chaos created, 'said Loung, a 22-year-old who went to the so-called' lunchtime protest '.

That peaceful concentration is held every day at the IFC Mall in the financial district of Hong Kong since November 8, the day Alex Chow died, a 22-year-old protester who fell from a third floor.

That episode marked a turning point in the protests, which since then became more violent.

Several hundred workers gathered this day there again, on their lunch break from 1:00 p.m. to 2:00 p.m., to sing the anthem of the protests and shout 'Free Hong Kong' or 'Revolution of our era', with your hands up , with the five fingers open to illustrate the five classic demands of the movement.

"Our main problem is that the government doesn't care what people think and we don't trust the government or the police," said Loung, who works as a programmer at a technology company in the area.

On the overwhelming triumph at the polls of the pro-Democratic movement behind the protests – he achieved 85% of the seats of district councilor at stake -, Loung clarified that the distance in votes was tighter, which shows' a divided and difficult society to reconcile '.

Being a simple majority electoral system in which the candidate with the most votes by constituency is the only one elected, the pro-Democrats won 886 seats of 452; but in votes they obtained 57% of support, compared to 41% of the prochinos.

Nor was he particularly optimistic about the electoral triumph, Lam, a 54-year-old chess teacher, who recalled that the position of district councilor is limited to 'urban affairs', without real political power.

"We must wait for the next elections, the legislative ones of 2020. That is our real battle, where we can achieve the political influence we want," he said, although he admitted that Sunday's electoral victory "is a symbolic victory" and "an encouraging first He passed'.

That is why Lam considers it vital to keep the pressure on the street and to call for new protests, which will be peaceful 'whenever the police want it', a body he accuses of having started the violent escalation of recent weeks, especially the siege episode the Polytechnic University, where twenty students are still locked up.

Vincent, a 45-year-old doctor, also advocated the protest today – which was extended to other districts such as Kowloon Bay – for keeping the pulse of the government with more demonstrations, since the elections are not going to involve major changes.

'Carrie Lam continues to postpone our claims and has been playing with us for the past five months. We can't trust her, 'he said.

However, he does not believe that Lam's resignation is a solution because 'what has to change is the system', and that is why one of the movement's key demands is 'free elections under direct universal suffrage,' he explained.

The pro-democratic bloc has called new marches from Thursday and several activists have announced via telegram that they will concentrate again in front of the Polytechnic campus, which today lives on the tenth day of the police siege, to demand freedom without charges from the Students still inside.