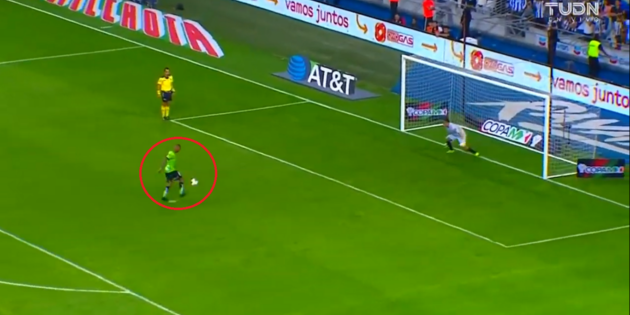 Kicking the penalty kick that can take you to the final is one of the things any footballer wants. From childhood, children imagine a full stadium and, in their head, in front is the possibility of consecration. Quite a wish that only a few can realize.

Diego Rolán had his chance. The Uruguayan, of great season, walked the worst 50 meters in absolute solitude in the definition of penalties against Monterrey and, in his head, he always had what he was going to do: emulate his compatriot, Sebastián Abreu.

El Loco was the architect of one of the most remembered World Cup actions of recent times, when he chopped the decisive penalty against Ghana, which would ultimately classify them to the semi-final in South Africa 2010.

Now it was Rolán who had his chance, however, he did not count on Luis Cárdenas to stand to stop the shot with his chest.

The 26-year-old forward went from heroism to becoming a villain in a matter of seconds, as Rayados qualified for the Copa MX final, eliminating Juárez.