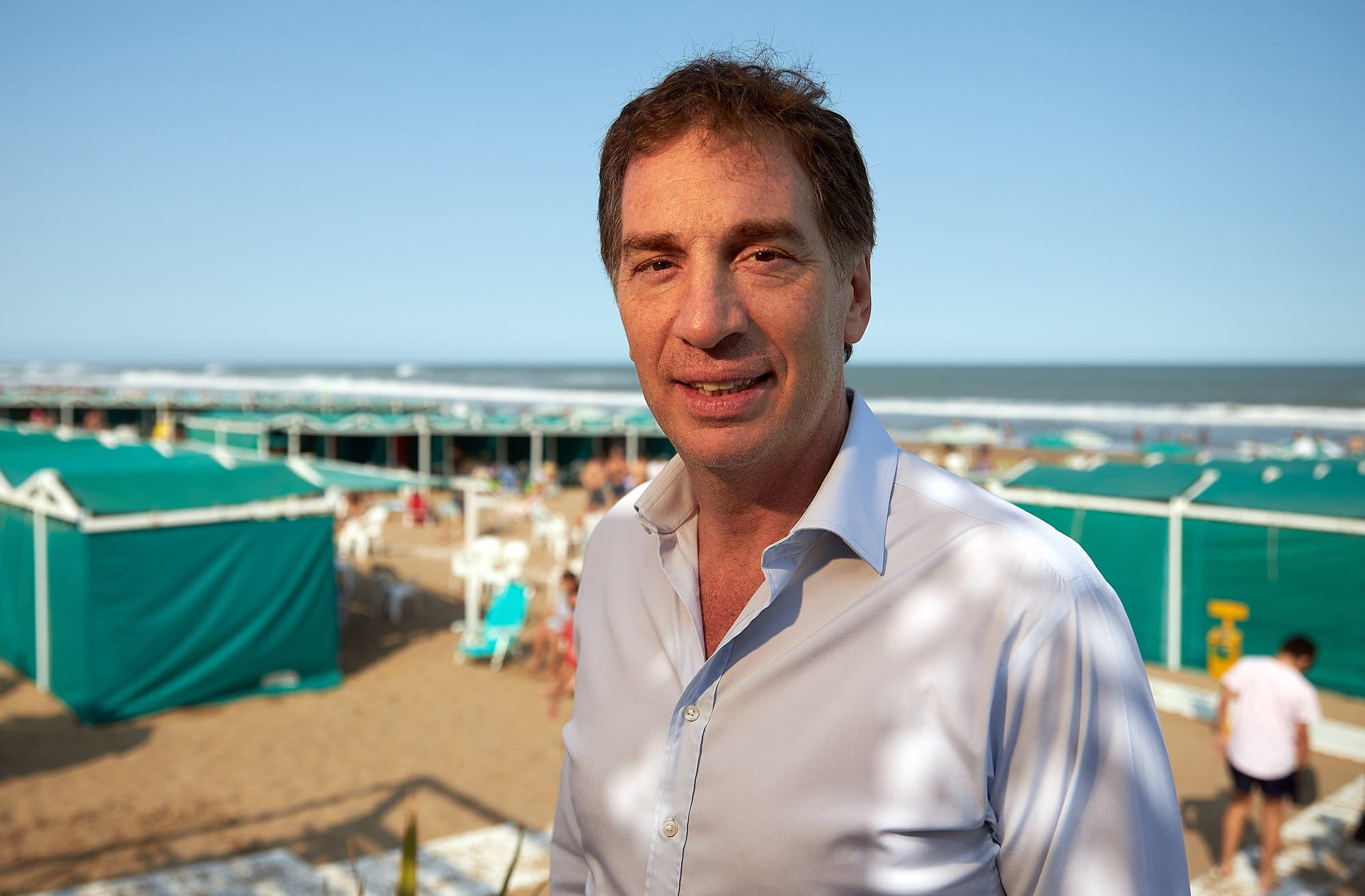 The deputy head of the Buenos Aires government spoke of the bid for the withdrawal of funds that the Casa Rosada intends, but stressed that "there is now dialogue"

PINAMAR.- With official agenda, although near the sea, the deputy head of the Buenos Aires government,
Diego Santilli, visited Pinamar in recent days to sign a tourism exchange agreement with
Martín Yeza, mayor of that municipality and member of Together for Change.

Although the breeze of the Atlantic generated a relaxed climate, the city of Buenos Aires is facing enormous challenges due to the possible reduction of co-participation funds that would take away more than 30,000 million, if the figure set by the Casa Rosada is imposed. In that case, the unknown will revolve around what the priorities will be during Horacio Rodríguez Larreta's second term as head of government, considering that the last four years were characterized by the completion of works that demanded a huge investment, such as the different viaducts and the Paseo del Bajo.

"We are in full negotiation. We try to find points of common agreement, with a sensible and rational dialogue. I think that the negotiation for co-participation is a great opportunity to show that the crack can be closed and that things can be agreed upon. We all have to put something. Together, we must throw the same way. Then, I have my values, my training and my thinking, but those things will be settled in electoral years, not in everyday management. But he stressed that "now , unlike other times, there is dialogue, "Santilli told
THE NATION.

Due to the transfer of the Federal Police to the orbit of the city, the Buenos Aires government went from receiving 1.4% to 3.75% of the total resources that the State distributes among the provinces through co-participation. Then it went down to 3.5% and, now, the national government could lower it to 2.5% or less. Although from the ruling point out that the suspension of the Fiscal Pact – which established a progressive reduction of taxes – is already compensation for both the city and other provinces.

"All transfers must be accompanied by the pertinent resources, as indicated by the Constitution. I believe that the resources transferred to the city by the transfer of the police were proportional to the expense that this represents. Regarding the suspension of the Fiscal Pact, of course, that point is also part of the negotiations, "Santilli explained.

Beyond the final figure, the city will receive fewer resources than with the Macri government. This will involve leaving the monumental works aside, although the deputy head of government said that the burial of the Sarmiento is "a central issue" to carry forward together with the national government. On this work, a few days ago, the Minister of Transportation, Mario Meoni, announced that he is working on the "termination" of the contracts and said that in the context of the current crisis it is not possible to carry it out, because it would demand an investment greater than The 1.5 billion dollars.

But not only the withdrawal of funds will make them rethink strategies. Santilli also reflected on the last electoral experience, in which Together for Change he won in the city but lost, paradoxically, in the neighborhoods where he had invested a lot of money in works, such as in Villa 31.

"I believe that we lacked balance between management and political vision. Macri contributed that to national politics, the value of management, and the man who best represents that is Horacio [Rodríguez Larreta], who promises a work, the It begins and ends, but management as a transformative tool must be accompanied by a political vision, if you do not run the risk of thinking that the important thing is the bridge, when the important thing is the people who use it. people feel the works as their own, there is a deficit that we must correct. We needed to be close, "he said.

In times of thin cows, the official said: "We will no longer be able to build 52 new schools, a historical figure that we have reached, but we will continue to create vacancies in the city."

In addition to education, a central point is health. There are still many works to finish in Buenos Aires hospitals, such as the new Rivadavia Hospital guard, which is about to open.

But not everything is bricks. They will also seek to focus on improving care systems in public hospitals, that is, they will work on specific issues in the daily lives of neighbors. "Now everyone who goes to the 46 health centers will have a digitalized medical history. That, and the question of taking turns in an orderly manner, we have to transfer to hospitals."

Another challenge will be to maintain the results obtained in safety. The murders decreased by 28% in 2019 compared to the previous year, and in the same period car robberies and motorcycle robberies assaults fell by 49%.

"The figures on the crime map are striking in terms of how fast we lower the robberies and murders, but they are not striking in terms of what we have been doing. We went from 6500 police officers on the street to 19.717, there are more patrols, 50% of the streets are monitored, there is a digital ring that allows you to see everything that comes and goes and a facial recognition system that made fugitives available to Justice in 1875. The city has a crime clarification rate of 69%, better than the United States. This has also been achieved thanks to the collaboration of federal forces, "said Santilli, who is also in charge of the city's Ministry of Justice and Security.

For the next elections, the formula that currently governs the city should look for new political directions. Larreta and Santilli cannot present themselves as candidates for a new term, although the current deputy head of government insisted that the important thing will be to maintain the unity of the party.

"Together for Change we build it together with the radicals, the Civic Coalition and with public confidence. We have to stay together, although in diversity. I think we represent the alternation. It is important that there are two parties with strength and capacity of debate. The alternation breaks with the hegemonic movements, "he concluded.