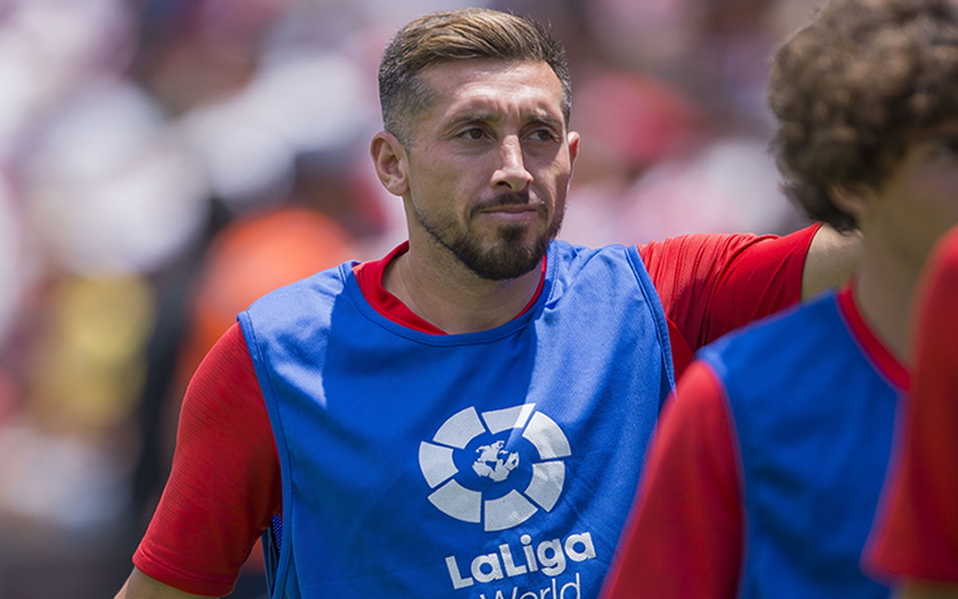 The Argentine Diego Simeone, coach of Atlético de Madrid, admitted that it took him minutes to play the Mexican midfielder Héctor Herrera, as well as other elements recently arrived at the club.

He stressed that the "mattress" box came several elements, such as Brazilians Renan Lodi and Felipe Augusto, as well as Englishman Kieran Trippier and Portuguese Joao Felix, who immediately had a good adaptation.

While it has cost a little more to Héctor Herrera, Mario Hermoso and Marcos Llorente. "We are very good. We have eight or nine signings, guys with a huge future and a present in which you have to help them. ”

The "Cholo" understands that the various changes in the squad may cause concern to the "Atleti" fans, but he trusts the potential of his team while waiting for men like Diego Costa and Álvaro Morata to soon find their best soccer performance.

“When they are back in their most important state, the team will take a more important step than what they are doing. In relation to defending well, the team maintains that structure. The quality plus must be given by Morata, Costa, Vitolo, João Félix, Lemar, "he said.

In an interview for a Spanish sports program, the DT insisted on the little activity he has given to the Tijuana player, who arrived from Porto, in which he was captain, barely accumulates 78 minutes so far in the League of Spain.

Simeone explained that there are situations in which some players like Joao Félix and Renan Lodi get closer to what he wants and then there are others like “HH”, who must wait for his opportunity to have more activity.

"There are two positions. There are players that you have to settle on the team. Now, playing 60 minutes does not change me. There will always be a criticism. We also give Lodi the option to play. Because he and Joao Felix are close what the team needs, ”he added.

The coach explained that he is missing Herrera, Hermoso and Llorente. “Arias is better than last year. Vitolo took a step forward, because he has difficulties if he plays many games in a row, Correa is a revulsive. But in Atlético you have to prepare your mind and that's why you have to face João Félix with reality. "