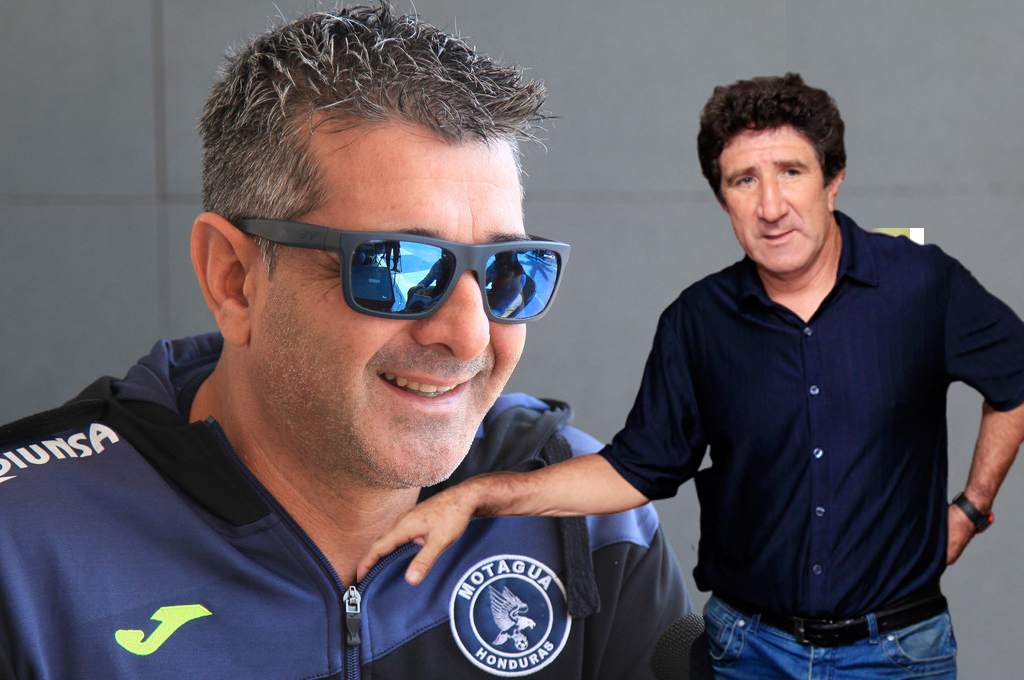 After the National League declared the 2020 Closing Tournament ended, the spark between Héctor Vargas and Diego Vázquez rekindled in this quarantine where heated verbal discussions through the media have starred.

The Marathon coach, in his last intervention in the Extra Liga program, stated that the fact that Diego asked for the title in the midst of a pandemic “is nothing more than to feed the ego.”

“I find it in bad taste to ask for something when the world is suffering a lot, a sports award is out of place when the best prize we have is life,” added Vargas.

These statements were echoed by Vázquez who asked through TEN to respond to Vargas and considers that hearing him comment on health issues gave him the impression that he is listening to Carlos Umaña, the media doctor-president of the Association of Physicians at the IHSS of San Pedro Sula.

“I am a little surprised because I thought I was listening to Dr. Carlos Umaña, now we are going to call him Dr. Héctor Umaña, with all due respect to doctor ha ha,” said Diego with irony in response to Vargas.

“We are talking about football, an entertainment for society and at the moment it is the least important thing for society, it is something we take for granted. You write a sports newspaper, there are sports programs and it is understood that it is entertainment, but this boy Doctor Umaña, the Discalced Carmelite, believes himself and he does not remember when he put poison in the Yankel, he did not care about human life there, “Barbie shot.

Although Marathón or some of its leaders did not officially or publicly propose a final against Motagua to decree a champion, Diego Vázquez has given the truth and spoke about it. “They proposed to play a final and if you didn’t care about the tournament why you would want to play a final, it’s a contradiction.”

He also believes that sending them as the second classified to the Concacaf League and not playing a previous stage as it will be their turn is an unfair award and reminds Vargas that he is not a false person.

“They were seconds to the Concacaf without deserving it, but now he comes out defending Osman Madrid after he killed him, liquidated him when he left Olympia, he spoke pests (of Osman) and now he is doing good with Osman, it is very false and I I can’t be that false, I can be anything, but I’m not false. “

After his departure from Olimpia, Vargas was not on good terms with the then sports manager of Los Albos, today he is Vice President.

And he added: “It is a weather vane, it goes where the wind runs, it is a ‘veletón’ and I am the same way always and they are false because first of all who does not want to be recognized for the work, logically nobody was going to celebrate ( if they were given the title) because of what is happening, but we are talking about football, there are things that are obvious, that are taken for understood by intelligent people, now everyone interprets, but the facts are sacred, opinions may vary, but the facts do not change and the facts are that Motagua made 27 points and it is something sacred “.

THE TOURNAMENT COMPLETED OR CLOSED

And he continued to criticize the decision of the National League because instead of declaring the tournament null, he defined it as ‘closed or ended’ something that prevents the opening of the 2020 Open and therefore the champion of that contest that was Olympia.

“They put a synonym to the word null, which fancy lawyer is going to give you synonyms? But if I go to the encyclopedia of Spanish, which has more than 300 volumes, I am not worth any law because the synonyms do not apply to the laws “

Vázquez believes that the tournament should have been declared null and not finished and that in this way the Apertura champion would also be annulled as has been done in the descent with Honduras Progreso in the Clausura.

Who searched for the synonym? “The last three decisions in the League have been against Motagua since the format change, when we asked to play in the final, the decisions of the Disciplinary Committee, but well we know that we have to row with everything.”

Diego Vázquez insists that Motagua, due to what was done on the field of play, should have been awarded the title and recalled the moments when they were attacked for not considering that they do not practice Fair Play.

“They did not accept Fair Play, so much so that they fill their mouths that we hide balls and here, where is Fair Play and sportsmanship? If we won the 27 points on the court and they even looked for a synonym for not giving fair recognition, then everyone who fills their mouths talking about Fair Play this time forgot. “