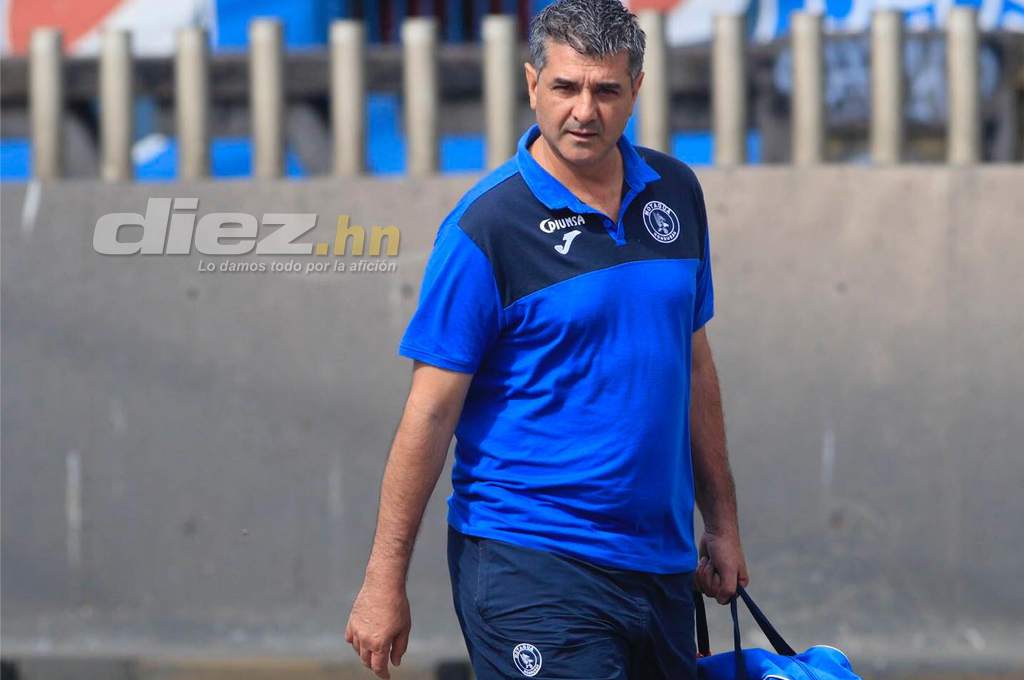 Motagua already traveled to San Pedro Sula to face Real Spain for the leadership of the Clausura 2020 tournament in full day 12. His coach, the Argentine Diego Vázquez, recalled that “we are first”.

This is stated by Diego in relation to the questions received by his squad after the recent results against Real de Minas (0-0 and 2-3) and Lobos of the UPNFM (0-0).

“All the matches are important, with a big team in San Pedro … We already played a good game here, an even match,” recalls the coach of Motagüense before visiting the Machine at Morazán Stadium on Saturday (5:30 PM ).

To those who want to see theirs at a disadvantage in front of the sampedranos, he reminds us that “we are with the same points, we both live a good moment, beyond which we come to tie and they win.”

Poll: Which team do you think will end leader of the 2020 Clausura laps in Honduras?

It does not demerit the recent contenders because, in the opinion of the ‘Barbie’, “the 18 matches are important, there is no one more important than another, logical that does not have the same relevance”, which will play with the aurinegros, since “we have the same points “on top.

“We now, in these two or three games, stop adding important points and continue first … All dates are important, you have to be strong mentally to get well at the end,” Diego Martín warns the National League.

I use sarcasm when asked who will get better: “How will it get better if we have the same points? We get better because we have more goals in favor,” he said, making it clear in turn that he expects a “similar” duel but “not equal” to the first lap they won 1-0.

He does not feel that there is tension around his figure, since “I listen to the people in the street and everyone forward, six years ago we have been fighting up and very well,” he presumes.

Motagua beat Real España 1-0 in the first round in a match that was very even, as remembered by the same blue coach, Diego Vázquez.

“We should have won a match against Minas but we have to respect the opponent, they played good games, the situation we played very often and nothing more happened,” said Vázquez regarding the unexpected two-point share that added up to nine possible against ‘miners’ and ‘scholars’.

Matías Soto, the great absent from the classic of the 12th day between Real Spain and Motagua.

One of the journalists present questioned Vázquez about the last matches using the word “fatal”, to which the DT referred to as: “Fatal? The truth that the vocabulary and lexicon (of the two) is not the same, thanks God we don’t have the same dictionary. “

And he continued on the score they have in the current championship: “Able that my math teacher taught me badly … I look at the table and there are three first teams with 21 points, they are putting the life saver before the wave comes” he snapped.

He said goodbye using two phrases that invite his optimism: “We are first, guys …. How am I going to see it well? I want to win every game, the thing is how. The balances are made at the end .. Explain to me that math that I don’t understand, three first teams and one is in crisis. “