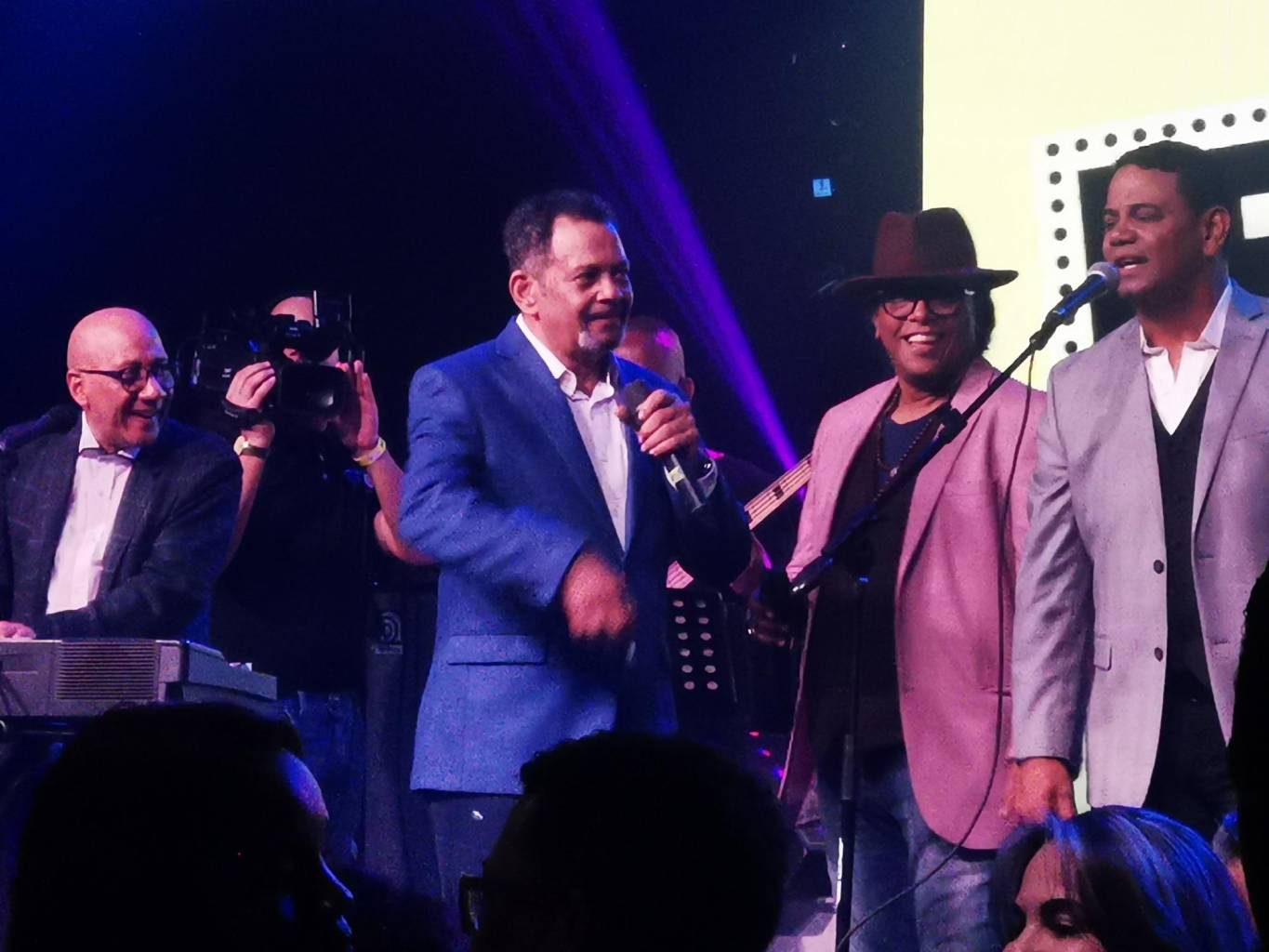 The teacher Dioni Fernández received the affection of his audience in the concert he starred last night on Friday at Hard Rock Live to celebrate his 40 years in music. There was no free space, on the contrary, the organizers had to look for chairs to locate those who remained standing.

Dioni Fernández and El Equipo recalled the golden age of their group and the good merengue with which they featured outstanding performers, who accompanied him on Friday night. The concert organized by Alberto Cruz (Pirincho) and whose artistic production was by Eriko Zapata, summoned figures like Sergio Vargas, Charlie Rodríguez, Pablo Martínez, Kaky Vargas, Diómedes Núñez and Eddy Rafael one by one.

The concert that had testimonies of its protagonists enveloped the atmosphere with emblematic titles. The Guard of the Arsenal, La Vecinita, When you touch me, To the rhythm of the night, I Love, To Retain You, I Cried and Pun Pun Pun, among others they took to dance to the public.

The merenguera discharge had no waste. The teacher Dioni Fernández looked happy to be reunited with the talent to which he opened the doors, and that for more than 30 years he showed him that he was not mistaken, since each one of them marked his steps with quality.

Sergio Vargas, Charlie Rodríguez, Pablo Martínez, Kaky Vargas, Diómedes Núñez and Eddy Rafael had a great party for Dioni Fernández. Among the attendees was the Vice President of the Republic, Margarita Cedeño de Fernández, who also went to celebrate the passage through the music of the teacher and dance her contagious meringues.

Dioni expressed gratitude to the public, his musicians and his guests for the support received. The concert, which is presumed to reach other stages, ended after 3:00 in the morning.

Pedro Lama, a former member of the Chiquito Team Band group presented his credentials at the opening of the concert. The young man laid hands on titles he had already recorded in that group, among other songs and showed that his solo project is going with firm steps.