Salt Lake City – Applicants for the Democratic presidential nomination like to proclaim their ability to attract the vote of disenchanted Republicans. If there is a place where they can test that capacity it is in Utah.

The state is a Republican stronghold with a lot of conservatives who don’t want to know anything about Donald Trump. The president dominates all Republican sectors, but not Eastern Utah.

Utah conservatives do not welcome Trump’s aggressive style. They are extremely religious voters who resist Trump’s policies on immigration, relocation of refugees and their criticism of public employees through Twitter. He won the state when he was elected, but without a majority vote. And the electorate sent a Trump detractor, Mitt Romney, to the Senate and supported him while the rest of the Republicans condemned his decision to dismiss the president in a political trial.

Now the Democratic candidates want to see if they can get votes from those disenchanted with Trump.

Utah “does not have many delegates, but can give an idea of ​​which candidate is in a position to take the vote of some Republicans and moderate or independent people,” said Taylor West, an executive at Heber City, a mountainous town.

West is a Republican who supports the candidate for Democratic nomination Pete Buttigieg. He does not agree with him on a number of issues, such as abortion and an increase in the minimum wage, but approves his proposal to reduce the deficit, which increased under the Trump administration, and to limit the powers of the president.

West helped his former fellow student at Harvard to court the Republican vote this week in an act in which he explained how to vote in the Utah Democratic primary, in which anyone can participate, regardless of which party they belong to. The event was attended by more than 60 people interested in knowing more about Buttigieg, who talks about his religious beliefs in all his presentations.

It is unlikely that Democrats will rise with many Republican votes. After all, Trump has an important base in Utah and the economy is doing well, said Chris Karpowitz, an associate professor of political science at Brigham Young University.

Anyway, there are some indications that the Democrats are gaining ground. The number of registered Democrats in Salt Lake County, the most populous state, rose 13% since September and reached 22%, compared to 35% of Republicans. Of the remaining voters, the majority are not affiliated with any party.

Bernie Sanders, meanwhile, scored a wide victory in Utah in 2016 and will be the favorite for the vote on Tuesday, March 3.

There are those who believe that Michael Bloomberg can get good results.

It has the vote of people like Emily Dastrup, a 42-year-old housewife from Kaysville, a suburban community, who claims to be a Republican but plans to vote in the Democratic race. Devout believer in the Church of Jesus Christ of Latter-day Saints, he says he does not like socialism and expects a moderate to win.

“I am looking for a candidate to vote for. I believe in the vote and I want to be a good example for my children, ”he said. “I am tired of rabid ideologies and think that this is something that one can take pride in.”

Faith, however, is a double-edged sword for Democrats in Utah. While there is a strong animosity towards Trump inspired by religious beliefs, most members of the Church of Jesus Christ of Latter-day Saints are conservative on issues such as abortion.

That is key for Alicia Alba, 40, of Lindon, south of Salt Lake City. He voted for all kinds of Republicans … until 2016.

“I am against Trump from the first day he went down that escalator,” he said. This year he considered voting for Bill Weld, Trump’s rival in the Republican inmates, but ultimately decided that he preferred to influence the election of the Democratic candidate.

And he discovered that Amy Klobuchar had said she wants to form a large coalition that includes people who oppose abortion. Alba thinks that making abortion obsolete means supporting women and families with programs at every stage of their life, something that Republicans don’t talk about much.

Alba said that if Klobuchar does not win the Democratic race, he does not believe he can vote for the winning candidate. 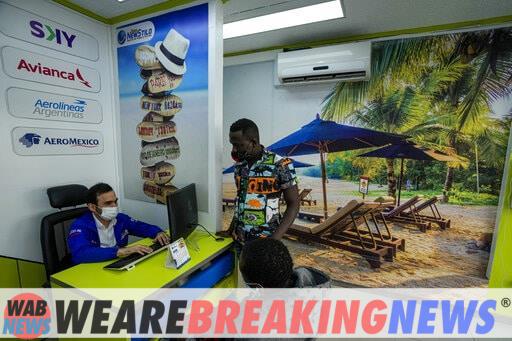