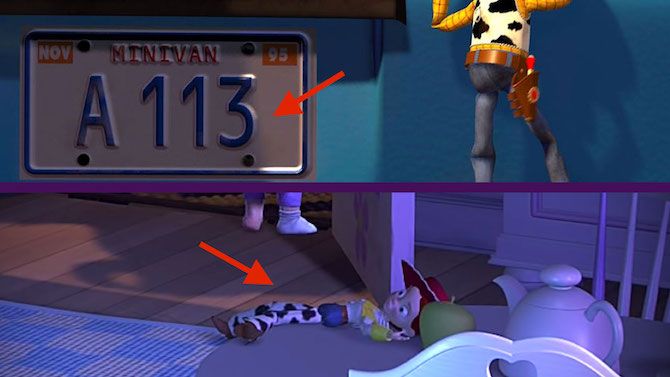 Although many had already warned and pointed out before, Disney has finally launched to confirm that all Pixar movies take place in the same fictional universe.The video shared by Disney + points out a multitude of references and hidden messages that connect all of them together Pixar movies (Image: © Pixar / © Walt Disney Studios) MoreThrough official accounts of the Disney + streaming service on Twitter and Instagram, the company has shared a video that collects countless “Easter eggs” or hidden messages in Pixar movies, demonstrating that all of them are connected to each other: “The attention to detail is INCREDIBLE. We can do nothing but obsess and get to see Pixar. Happy anniversary to the iconic studio! ”Says the message from Disney + (perhaps trying to obviate that the“ iconic studio ”is owned by The Walt Disney Studios since 2006). In the video of almost 3 minutes we find examples such as the image of Sully (the bluish protagonist of Monsters SA), appearing in a Brave wood carving, the Toy Story Lotso teddy bear 3 lying on the floor of a girl’s bedroom in Up, or Wall-E digging in the trash next to the remains of the motorcycle of the chef of Ratatouille.Although there is a multitude of theory about the belonging of all Pixar movies to the same fictional universe, he is undoubtedly the writer Jon Negroni

who has developed the most detailed and convincing theory about it. The idea of ​​Negroni (which is explained in detail here) is that Pixar’s timeline begins millennia ago with The Journey of Arlo (The Good Dinosaur). Since those dinosaurs survive longer than those of our reality, over time less oil accumulates on the planet. This, for example, would explain why in the year 5000 the monsters of Monstruos S.A. they need to reap the screams (or laughter) of humans as an alternative energy source … It remains to be seen how the next premiere of Pixar, Onward, fits into this theory. This new film will introduce us to two brother elves who leave in search of a magic that allows them to spend a last day with their father – who died when they were too young to remember him. The truth is that producer Kori Rae promised Digital Spy that the film would not only contain hidden messages related to Pixar, but also fantasy fiction in general.Onward, will arrive on our billboard next March 6. More stories that you may interest: