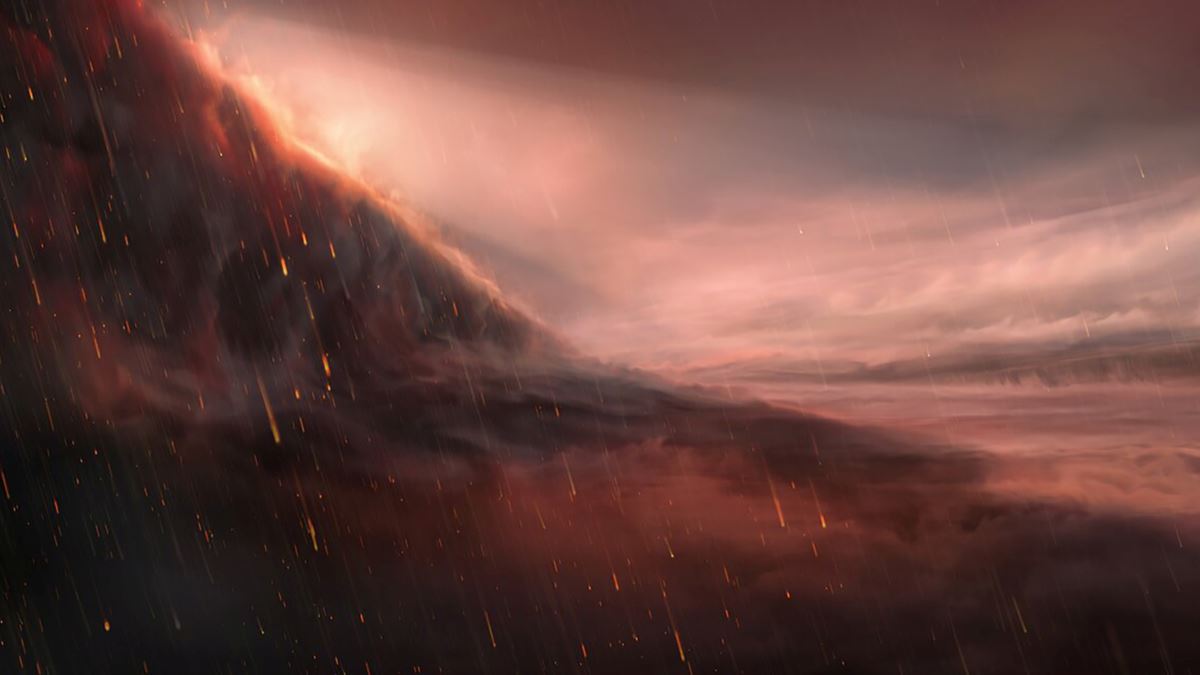 Scientists have detected an exoplanet in another solar system where the weather forecast is always radical: 100% chance that the most terrible rain imaginable will fall, with drops of incandescent liquid iron.
Researchers said on Wednesday they used the ESPRESSO instrument to hunt down planets from the Extremely Large Telescope of the European Southern Observatory in Chile to observe a planet called WASP-76b, located about 640 light-years from Earth. It is almost twice as big as Jupiter, the largest planet in our solar system.
Planets discovered outside our solar system are called exoplanets, and WASP-76b is one of the most extreme in terms of climate and chemistry. It is part of a family of exoplanets sighted in recent years and called “ultra-hot” gas giants.
It is located very close to its star, which is almost twice as large as the Sun. WASP-76b orbits only three times the radius of that star, much closer than Mercury – the innermost planet in our solar system – orbits. the Sun. The same face always faces its star, the same thing that happens with the Moon and Earth.
WASP-76b receives 4,000 times more solar radiation than Tierra del Sol and its lit face is charred, with temperatures of 2,400 degrees Celsius. This terrible heat evaporates the metals present on the planet, with strong winds that carry iron vapor to the dark, colder face, where it condenses into liquid drops.
Cast iron rain may be unique to these “ultra-hot” exoplanets, according to University of Geneva astronomer David Ehrenreich, who led the study published in the journal Nature.
WASP-76b illustrates the exotic nature of some exoplanets and shows that much remains to be discovered about other planetary systems.
“The extreme weather conditions found in WASP-76b and its siblings, other ‘ultra-hot’ gas giants, have not been found anywhere in our solar system and would be very difficult to reproduce in a laboratory,” said Ehrenreich. “Therefore, these exotic objects are unique laboratories to test our climate models and understand the most extreme forms of atmospheric evolution.”
“The ‘zoo’ of planetary systems is well above our expectations,” added astrophysicist María Rosa Zapatero Osorio, from the Madrid Center for Astrobiology, co-author of the study and coordinator of the ESPRESSO scientific team.