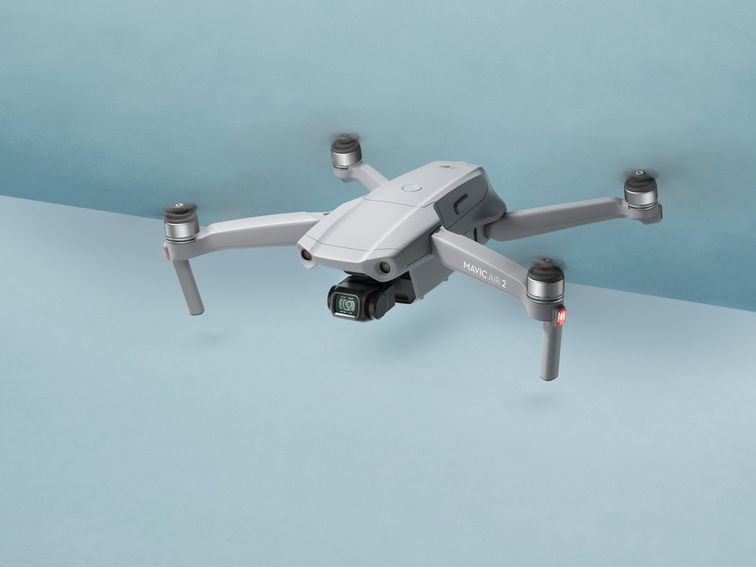 The Mavic Air 2 has a look very similar to its predecessor, although the camera is now 48 megapixels.
DJI
DJI’s new drone is here: see the new Mavic Air 2.Asian drone maker DJI unveiled its new model on Monday, April 27, which will complement its drone offering and present an improvement over the DJI Mavic Air, launched two years ago. The new drone offers several important innovations, such as the possibility of recording video up to 8K, in addition to a longer battery life and longer flight range.

“The Mavic Air 2 makes a difference to us as it shows that the smartest consumer DJI drone to date does not have to be the biggest,” said Roger Luo, DJI President, in the announcement. “Our goal was to create a drone that offered the best comprehensive experience possible, even for the most novice pilot.” The Mavic Air 2 maintains a design very similar to that of its predecessor, but improves on several aspects. The new drone can now record 4K video at 60fps (frames per second) and 120 Mbps, making it the first in the Mavic family to offer this feature. Also, this model allows you to record in 8K, although do not get too excited since that resolution is only for Hyperlapse mode. This feature will be ready in a software update later. The rest of functions like QuickShot, Dronie, Helix and Rocket are available. An image taken with the DJI Mavic Air 2
DJI
The camera is 48 megapixels and features a Quad Bayer half-inch sensor; the present lens is equivalent to a 24mm lens and has a 24mm aperture. Users can opt for 12 megapixel photos and take advantage of 48 megapixels. The camera is equipped with a new function called SmartPhoto, which detects the type of processing to be used, whether it is HDR, it improves in low light scenes or a complicated scene such as a sunset. The Mavic Air 2 now has a weight of 570 grams, it has new engines, new speed regulators and longer battery life. DJI ensures that the new Mavic can reach 34 minutes of flight on a single charge. Also, this model has a range of 10 kilometers maximum distance. The Mavic Air 2 has support for 2.4GHz and 5.8GHz bands and can automatically switch between them.


The most important news in the technology industry, every day.

DJI Smart Controller: A display control for your …