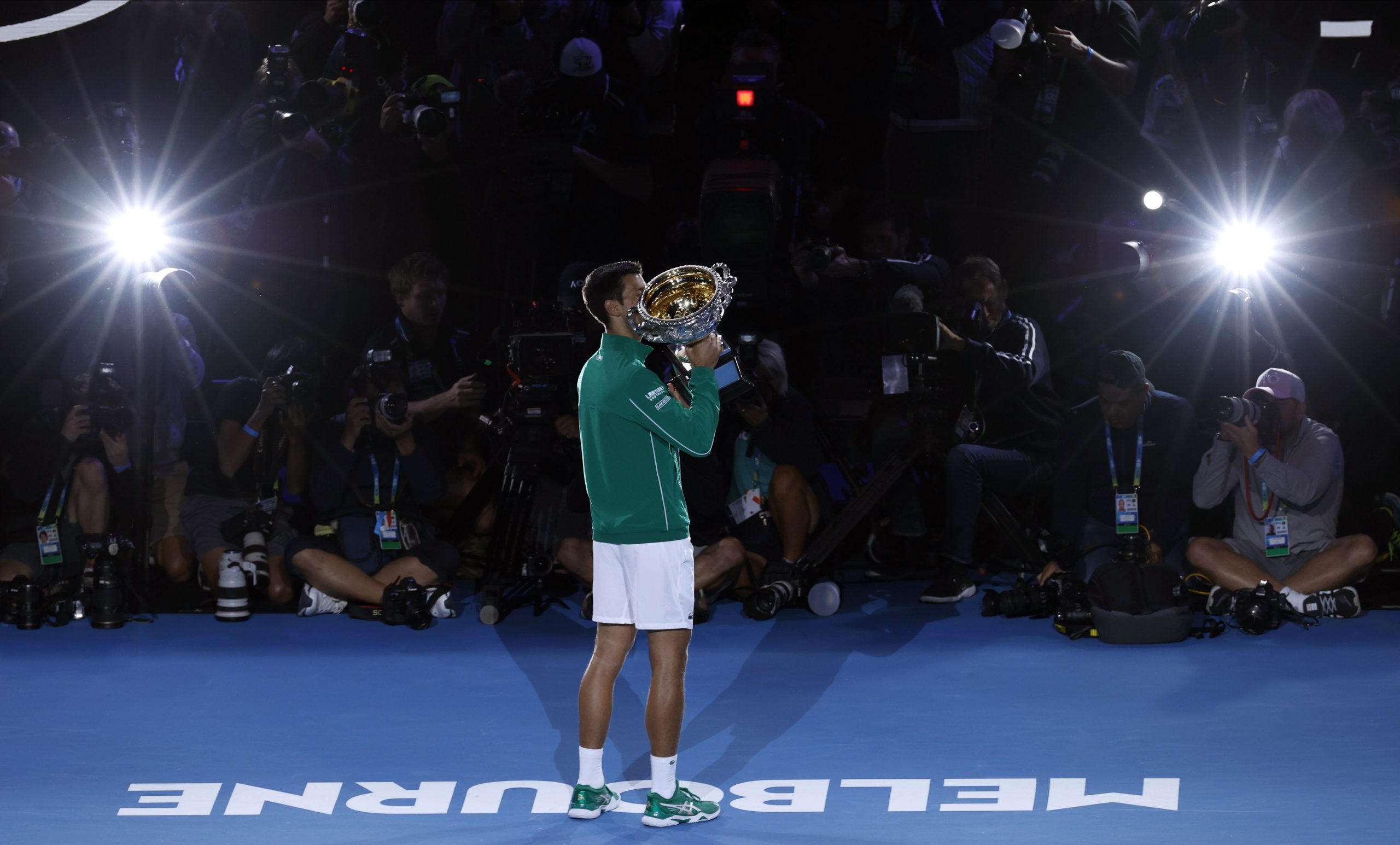 MELBOURNE, Australia (AP) – Novak Djokovic looked worried and worn out. He felt some vertigo and was at a disadvantage against Dominic Thiem in the Australian Open final. His mistakes were accumulating and the deficit was growing, but the Serbian did what he usually does. He refused to lose, waited for an opportunity and found his best tennis when it was absolutely necessary. On two occasions, when he faced point to break, he solved the situation with serve and volley. After recovering energy and precision, Djokovic even showed some creativity . He beat Sunday 6-4, 4-6, 2-6, 6-3, 6-4 to Austrian Dominic Thiem, to win his eighth Australian Open title and his 17th scepter in Grand Slam tournaments. of losing this match … I didn’t feel very well, ”said Djokovic who requested medical attention several times. “My energy had completely collapsed.” However, Djokovic improved his combined record in the semifinals and finals at Melbourne Park to an impressive 16-0, and made sure he regained first place in the world ranking, displacing Rafael Nadal. Man in the history of tennis has won more than six times this contest on hard courts. Only Roger Federer, with 20, and the Spanish Nadal, with 19, hold more Grand Slam trophies than Djokovic in the men’s branch. “It’s an amazing achievement. It doesn’t seem real what you have done during all these years, ”he told Djokovic Thiem, who has instead lost his three majors finals. “I think you and two other guys have taken tennis to a whole new level.” Djokovic adds this victory to his five Wimbledon titles, three from the US Open and one from the French Open. The two finalists made reference to the devastating fires that have killed dozens of people and millions of animals in Australia. Djokovic also mentioned the recent death of NBA ex-Kobe Bryant and his daughter in a helicopter crash. At one point, Djokovic looked at Thiem and said: “It wasn’t going to be tonight. Bad luck … You were very close to winning, and you definitely have a lot to come in your career. I’m sure you’ll definitely get a Grand Slam trophy, more than one. Just over six months after saving a pair of match points against Federer to win an epic Wimbledon final in five sets, Djokovic showed again that he never The triumph was not easy for the 32-year-old Serb. He lost six games in a row during a stretch of the match against Thiem, who plays in a similar style, from the baseline, and eliminated Nadal in the quarterfinals. Djokovic was at a disadvantage by two sets to one. He was visited by a doctor and a kinesiologist in the third set and, desperate to hydrate, drank bottles of water and energizing liquid. Angry, he made a claim to the chair judge who made him lose a serve for exceeding the time he had to do it. He was not the dominant Djokovic who made an incredible total of just nine unforced errors during his triumph in straight sets over Nadal in the final one year ago. Djokovic exceeded that figure only in the first part of Sunday’s meeting, and totaled 57. It was a physical challenge, in which there were several exciting exchanges. Sixty-one points required at least nine strokes for each player. “It was very demanding,” Thiem said. “Of course, now I feel empty.” At two key moments, Djokovic abandoned his usual libretto and attacked the net after the serve when he faced a break point. He did it in 2-1 during the fourth set and with the same advantage in the fifth. On both occasions he succeeded. “It’s not something characteristic of me,” he said. “In a way I played it all or nothing.” With the strategy, Djokovic took a 5-3 lead in the fourth set, helped by a faulty volley to the net’s belt, a double foul and a bad setback. In the end, the Serbian managed to seize a trophy that he also won in 2008, 2011, 2012, 2013, 2015, 2016 and 2019.Thiem, 26, lost the final to Nadal at Rolan Garros in each One of the previous two years. He sought to be the first man born in the 1990s to have won a Grand Slam title. Instead, the “Big Three” (Federer, Nadal and Djokovic) have won 13 consecutive majors titles and 56 of the last 67. ” It is something unique in the history of the sport that these three players, the best by far, are playing in the same era, “said Thiem.” That is what makes it very difficult for other players to have a chance. ”