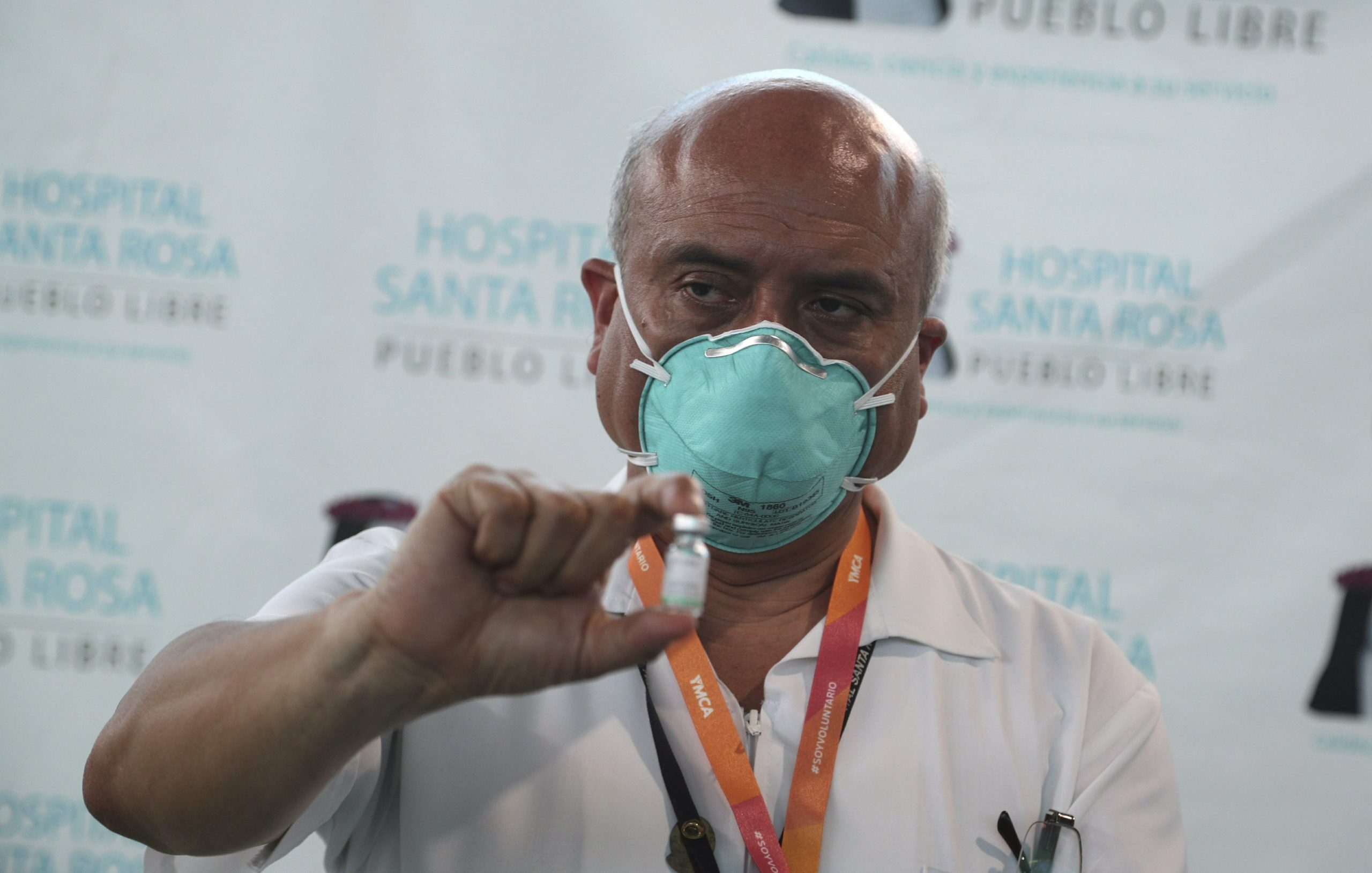 LIMA (AP) – Doctor Oscar Zúñiga – a survivor of the coronavirus but who lost three brothers and two nephews – received with hope the puncture that will protect him in Peru, where hundreds of colleagues have died.

“I have to defend my patients, family, my workers, because for that I studied in San Marcos, for that I studied medicine,” said on Wednesday Zúñiga, director of the Santa Rosa de Lima hospital who is also a microbiologist and emergency physician graduated in the National University of San Marcos.

The arrival of the vaccine was greeted with applause and joy by the workers of this Lima hospital that in more than ten months of war against COVID-19 transformed their emergency room into an intensive care unit, their outpatient space in an emergency room and to its parking lot in a differentiated care room for patients infected with the virus.

The disease infected 25% of hospital workers and killed several in slow agonies. Zúñiga, hardened for having survived the cholera epidemic that killed more than 3,000 in 1991 in Peru, recalled 2020 with red eyes as one of the most difficult of his life.

“I have lost friends, medical colleagues, university teachers, three brothers, two nephews. I myself was affected by COVID, hospitalized for more than two weeks, ”he commented as he watched doctors and nurses inoculate with the Chinese drug Sinopharm.

Peru received 300,000 coronavirus vaccines on Sunday that are being distributed throughout the country to doctors and nurses trying to quell a second wave of infections that have caused the collapse of emergency rooms and intensive care units.

“My brother Fernando passed away in less than three days. He came to the emergency room and in two days he left me, ”said Zúñiga. Then he lost two more brothers, but after their funerals he returned to the hospital to face the virus that has led the government to restrict trade, masses and meetings.

Lidia Jiménez, head of the Santa Rosa emergency service, said that the vaccine pushes them to “work with more courage” to forget the scenes of the last year. Parents who entered to say goodbye to the corpses of their children, doctors who observed every day how even their own relatives got worse and even nurses who cared for other nurses, as happened to her.

“My friend Ramón Quispe, so helpful and attentive, who worked for many years in the emergency service, died,” he said, wiping his damp cheeks. “We had to intubate him, we had to sleep him. Will I heal? He asked me and I said yes. After a month he passed away, ”Jiménez recalled.

Peru, a country with a historical shortage of doctors and nurses, has lost 306 doctors and more than 12,000 have been infected since the start of the pandemic in March. About 50 are in serious condition in intensive care beds. 125 nurses have also died and almost 8,000 were infected.

Peru registers almost 1.2 million cases of coronavirus and 42,626 deaths, according to the Johns Hopkins University Center for Science and Systems Engineering.

Short, with few hairs, but energetic in his words, Dr. Zúñiga indicated that with the start of vaccination, health personnel not only remove the fear of infecting their relatives. Now, in addition to immune defenses, they also have “defenses of the soul and spirit.”